Moderna Covid-19 vaccine: everything you need to know about the ‘95% effective’ jab 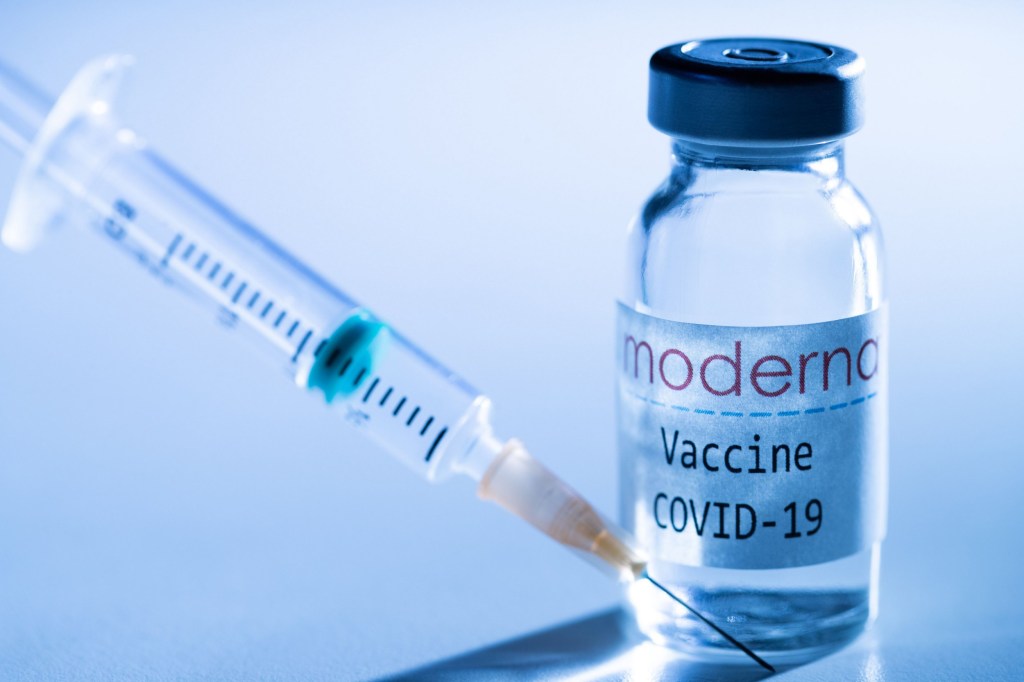 Pharmaceutical companies are starting to release details of their coronavirus vaccine programs, and the early signs are positive.

Yesterday, US company Moderna announced its Covid-19 vaccine may be 94.5% effective against the disease.

The interim trial results came one week after Pfizer/BioNTech released early results for phase three of its own vaccine study.

That vaccine candidate has a suggested efficacy of 90%.

How was the trial run, and what are the early results?

More than 30,000 people in the US took part from a wide range of age groups and ethnic backgrounds.

Two doses were given, 28 days apart, so researchers could evaluate safety and any reaction to the vaccine.

The analysis included 95 participants with confirmed cases of Covid-19, of which 90 had received the placebo and five the active vaccine.

All 11 severe cases occurred in the placebo group and none in the group which had received the vaccine, known currently as mRNA-1273.

How does the vaccine work?

The Moderna jab is a messenger RNA (mRNA) vaccine.

Conventional vaccines are produced using weakened forms of the virus, but mRNAs use only the virus’s genetic code.

An mRNA vaccine is injected into the body, where it enters cells and tells them to create antigens.

These antigens are recognised by the immune system and prepare it to fight coronavirus.

No actual virus is needed to create an mRNA vaccine. This means the rate at which the vaccine can be produced is accelerated.

OK, but it the vaccine safe?

Moderna said its available safety data does not indicate any significant safety concerns.

Their trials found the vaccine was generally safe and well tolerated, and the majority of adverse events were mild or moderate in severity.

But these were generally short-lived.

Does this mean everything will go back to normal?

No. The results are interim and the vaccine has not yet received regulatory approval.

It is still not known how long immunity will last, and trial participants will need to be followed for some time before this can be determined.

And the data on how effective the vaccine is in older adults – those most vulnerable to Covid-19 – is limited.

Experts say the vaccine will only be one tool in the fight against the pandemic, and public health measures like social distancing and hand-washing will have to continue for the time being.

Will people in the UK have access to the vaccine?

On the day Moderna announced the 94.5% efficacy results, Matt Hancock told a Downing Street press conference the government had secured an ‘initial agreement’ for five million doses if it is approved.

‘Although I stress that this is preliminary, the safety data is limited and their production facilities are not yet at scale,’ he added.

Business Secretary Alok Sharma also said he was ‘delighted’ to confirm the UK’s access to the doses, “with the option to procure more”.

Is the Moderna vaccine better than that Pfizer/BioNTech offering?

Both vaccines are based on the mRNA technology.

But both sets of researchers say their trials are ongoing and the final numbers could change.

One big difference between the two vaccine candidates is how they need to be stored.

The Pfizer/BioNTech vaccine needs to kept at minus 70C (minus 94F), which could pose transport and storage issues.

Moderna says its vaccine is expected to remain stable at standard refrigerator temperatures of 2C to 8C (36F to 46F) for 30 days, up from a previous estimate of seven days.

The company says mRNA-1273 can be distributed using widely available vaccine delivery and storage infrastructure and no dilution is required prior to vaccination.

Professor Trudie Lang, who runs the Global Health Network at the University of Oxford, suggested it was unusual to have a “pipeline” of so many vaccine candidates in development.

She told BBC News: ‘We’ve got these two messenger RNA vaccines through now and there are other technologies hopefully coming through.

‘And it would be a fantastic position to be in to have, you know, maybe three or four different vaccines that come through over the next coming weeks and months, and can maybe even do slightly different jobs, but certainly assure supply around the world.’