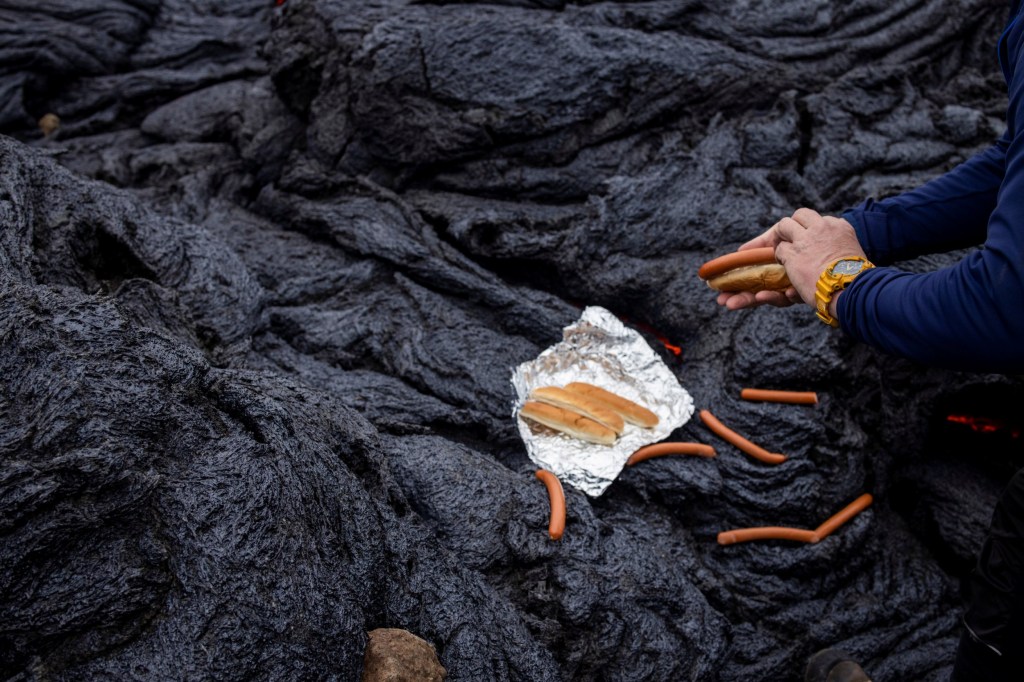 If you’re out in the Icelandic wilds and need some way to heat up your lunch, then why not stop by an active volcano?

That’s what one enterprising man did as visitors flocked to the site of an erupting volcano 40km away from the capital, Reykjavic.

The Fagradalsfjall spout of the volcano at Geldingadalur valley exploded into life in the early afternoon on 19th March.

Seismic activity had been recorded for three weeks beforehand and, during the eruption, lava flew 200m into the air.

A river of molten lava cascaded 500m down the slopes of the volcano, and many Icelanders got extremely close to snap breathtaking pictures.

None quite so brave as the chap who decided to cook his sausages on the raw molten lava that bubbled up from Earth’s core.

Geldingadalur is one of the thirty-two active volcanoes in Iceland’s volcano system.

Although the Geldingadalur volcano erupts for the first time in 900 years, locals were less surprised than the rest of the world as on average they witnesses an eruption every five years.

Memories are still fresh of the weeks-long eruption and massive cloud of smoke over northern Europe from the Eyjafjallajokull volcano in 2010, after which 20 countries in Europe closed their skies to commercial flights that left tens of millions of people stranded on the ground.

Reykjavik Airport is not closed this time, but each of the airlines operating from there is asked to decide whether to delay or cancel their flights or resume regular services based on constant updates of the current situation.