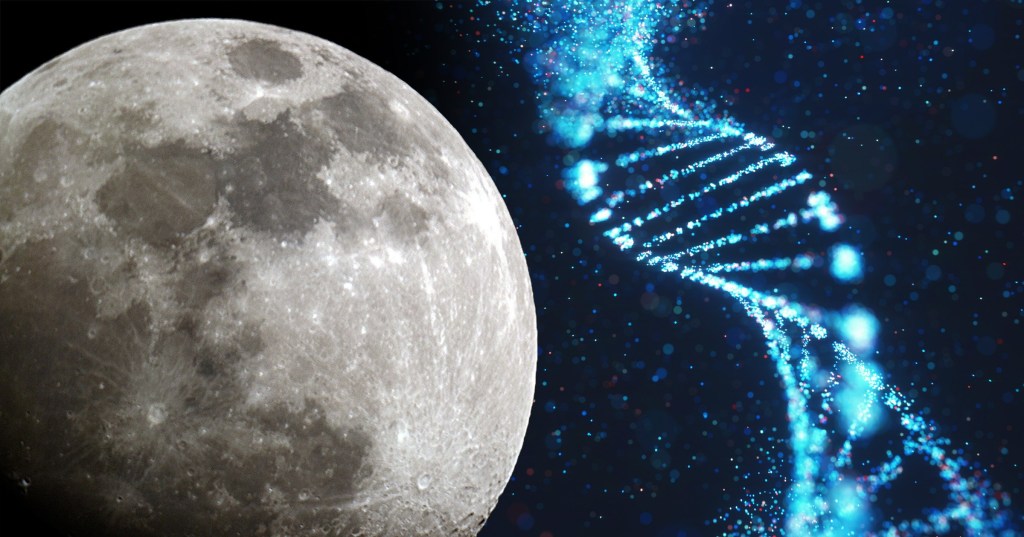 Burying a ‘Lunar Ark’ filled with sperm, eggs and seeds of millions of species from Earth could server as an insurance policy against extinction.

That’s the proposal from a team of scientists worried about the apocalypse.

The ark would be buried on the moon, inside tunnels and caves hollowed out by lava over three billion years ago.

Inside would be cryogenically preserved genetic material of the 6.7 million known species of plants, animals and funghi on Earth.

It would take more than 250 rocket launches to send all the required materials to the moon and construct the ark – but if something were to happen on Earth, it would ensure the survival of life.

The idea was put forward by Jekan Thanga, a researcher at the University of Arizona who submitted a paper on the plan to the virtual IEEE Aerospace Conference on March 7.

‘Earth is naturally a volatile environment,’ said Thanga, a professor of aerospace and mechanical engineering.

‘As humans, we had a close call about 75,000 years ago with the Toba supervolcanic eruption, which caused a 1,000-year cooling period and, according to some, aligns with an estimated drop in human diversity.

‘Because human civilization has such a large footprint, if it were to collapse, that could have a negative cascading effect on the rest of the planet.’

Lava tubes on the moon

Scientists discovered a network of hollowed-out tunnels on the moon back in 2013.

These structures formed billions of years ago, when streams of lava melted their way through soft rock underground, forming underground caverns.

Untouched for an estimated 3 billion to 4 billion years, they could provide shelter from solar radiation, micrometeorites and surface temperature changes.

They would, in effect, be the perfect place to build a space-based time capsule.

The team’s model for the underground ark includes a set of solar panels on the moon’s surface that would provide electricity. Two or more elevator shafts would lead down into the facility, where petri dishes would be housed in a series of cryogenic preservation modules.

An additional goods elevator shaft would be used to transport construction material so that the base can be expanded inside the lava-tubes.

To be cryopreserved, the seeds must be cooled to minus 180 C and the stem cells kept at minus 196 C (minus 320 F). As a reference for just how cold this is, the Pfizer Covid-19 vaccine must be stored at minus 70 C.

According to the team’s research, there are as many as 200 known tubes that would be a suitable location for housing the ark.