Is this what the first human city on Mars will look like? 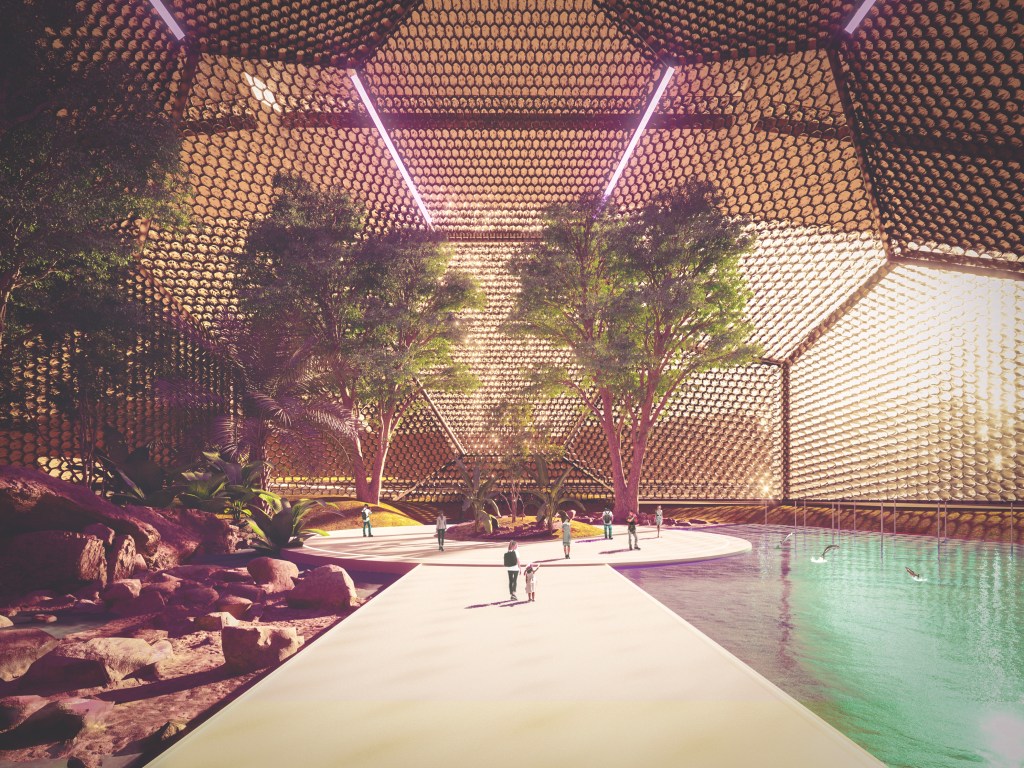 Landing on Mars seems to be more a case of when than if.

Nasa is keen to go to the red planet, while Elon Musk has been saying it’s the ultimate goal of SpaceX for years.

But settling on Mars brings a fair amount of challenges. For starters, the atmospheric pressure on the planet isn’t suitable for humans and the lethal amounts of radiation would kill anyone without shelter.

Now, a set of concept plans for what a human habitat on Mars could look like have been created by architecture studio ABIBOO.

‘We had to do a lot of analysis based on computing and working with the scientists to try to understand what are the circumstances that we will face,’ founder Alfredo Muñoz told Euronews.com.

The company said that in-situ resources from Mars could be used for the construction of the city, called Nüwa.

‘Water is one of the great advantages that Mars offers, it helps to be able to get the proper materials for the construction. Basically, with the water and the Co2, we can generate carbon and with the carbon, we can generate steel,’ Muñoz said.

The architects have created the designs based on the latest scientific research organised by The Mars Society.

‘The learnings that we are getting by developing a fully sustainable city on Mars brings us so much know-how and ideas and insights, about things that we could do differently on Earth,’ Muñoz said.

He explained that according to his company’s analysis, construction on the Martian city could begin by 2054. It may even be completed by 2100, when the first human occupants could begin to live there.

Orbital dynamics between the two planets mean that Mars and Earth line up favourably every 26 months, which is the target window for any kind of space mission there. When this is the case, travel time between the two is as little as six months.

‘We think it is doable from the technical aspects. [What takes time] is more about ensuring that there is enough will and associations in the international community,’ he said.

‘This has to be something that comes from a private sector, public sector, different locations, different cultures, in order to ensure that there is diversity.’

MORE : Mystery of Mars’ missing water may have finally been solved