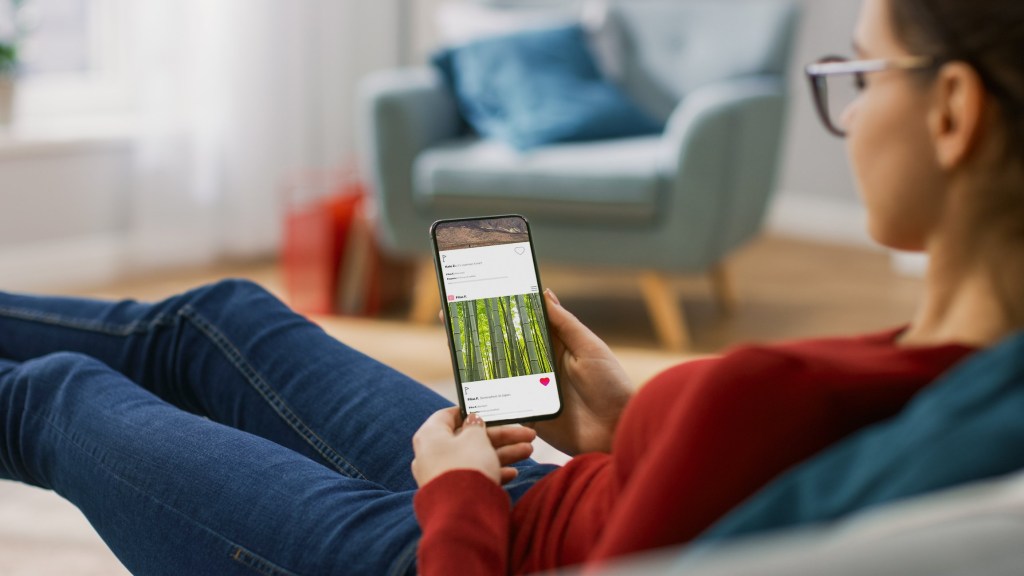 Instagram is recommending anti-vaccination and coronavirus misinformation to potentially millions of users, a new report has claimed.

A study from the Centre for Countering Digital Hate (CCDH) and charity Restless Development says the social media platform is suggesting content to users that includes conspiracy theories about Covid-19 as well as anti-Semitic and other harmful content.

It claimed that as well as health misinformation and anti-Semitic content, conspiracy theories tied to QAnon and false claims about the US presidential election were also being promoted by Instagram’s algorithms.

The report said posts and accounts were recommended to test accounts created by researchers to study Instagram’s recommendation features, which serve content and accounts to users based on their interests.

CCDH and Restless Development warned ‘millions’ of Instagram users may be receiving the same recommendations, being exposed to harmful misinformation as a result.

Instagram said it had previously taken steps to slow the spread of the types of misinformation raised in the report and added the research was ‘five months out of date’.

Social media platforms – including Facebook which owns Instagram – have pledged to clamp down on misinformation and other harmful content which circulates on its networks following repeated criticism on the issue.

However, the report said its test accounts were recommended posts that included false claims such as Covid-19 was not real and that vaccines were unsafe – with some posts coming from the accounts of well-known conspiracy theorists.

The findings were made by creating new Instagram accounts simulating the experience of new users by giving each a range of different interests, with some focusing on subjects such as wellness and health, while others followed conspiracy theorists and white supremacist accounts.

Last September, a previous report from the CCDH accused social media platforms of failing to act on anti-vaccine misinformation related to coronavirus, even when it is reported to them.

It said 95% of more than 900 anti-vaccine posts from across different platforms had failed to be removed even after being reported to the companies involved, which it claimed showed the tech firms were failing to act on their own policies.

The latest study looked at the content recommended through Instagram’s Explore page as well as the Suggested Posts feature, which was first introduced last year.

Imran Ahmed, chief executive of the CCDH, criticised the launch of the feature and accused Instagram of putting profit before the welfare of its users.

‘It is beyond belief that as the pandemic swept the world, Instagram launched a new feature encouraging users to view conspiracy theories and lies about Covid and vaccines,’ he said.

‘This feature was created in the name of profit, to keep people scrolling so more adverts could be served to them.

‘Algorithms that recommend content are the act of a publisher, making choices as to what readers see, not a neutral platform. This has serious legal and regulatory implications for social media companies and shows their liability for damage to individuals and society.

‘Instagram’s actions will have created greater distrust in the Covid vaccine, costing lives and prolonging the pandemic for all of us.

‘2020 proved that online lies have a cost paid in real lives. Instagram must suspend its suggested posts feature until it can be sure it is not promoting misinformation, hate and lies. They also need to rapidly remove the material – much of which contravened their community standards.’

Rosanne Palmer-White, UK director of Restless Development added: ‘Misinformation online isn’t hiding in the shadows – Instagram is actively bringing these lies to you.

‘It’s an outrage, and in the meantime volunteers from Youth Against Misinformation continue to track down this harmful anti-vax misinformation and stop it spreading.

‘Instagram must not be a gateway platform that pushes users on a journey from anti-vax lies to other extremist material.

‘We are so close to turning the tide on this nightmare pandemic with vaccine programmes rolling out across the world. We can’t let inaction from social media executives to change their algorithms and remove misinformation hold us back now.’

In response, a Facebook company spokesperson said: ‘We share the goal of reducing the spread of misinformation, but this research is five months out of date and uses an extremely small sample size of just 104 posts.

‘This is in stark contrast to the 12 million pieces of harmful misinformation related to vaccines and Covid-19 we’ve removed from Facebook and Instagram since the start of the pandemic.

‘We’ve been focused on connecting people to credible information, which is why, when people search for content related to Covid-19 and vaccines on our apps, we direct them to authoritative health organisations, and have now directed people to the NHS and Government websites more than 10 million times.