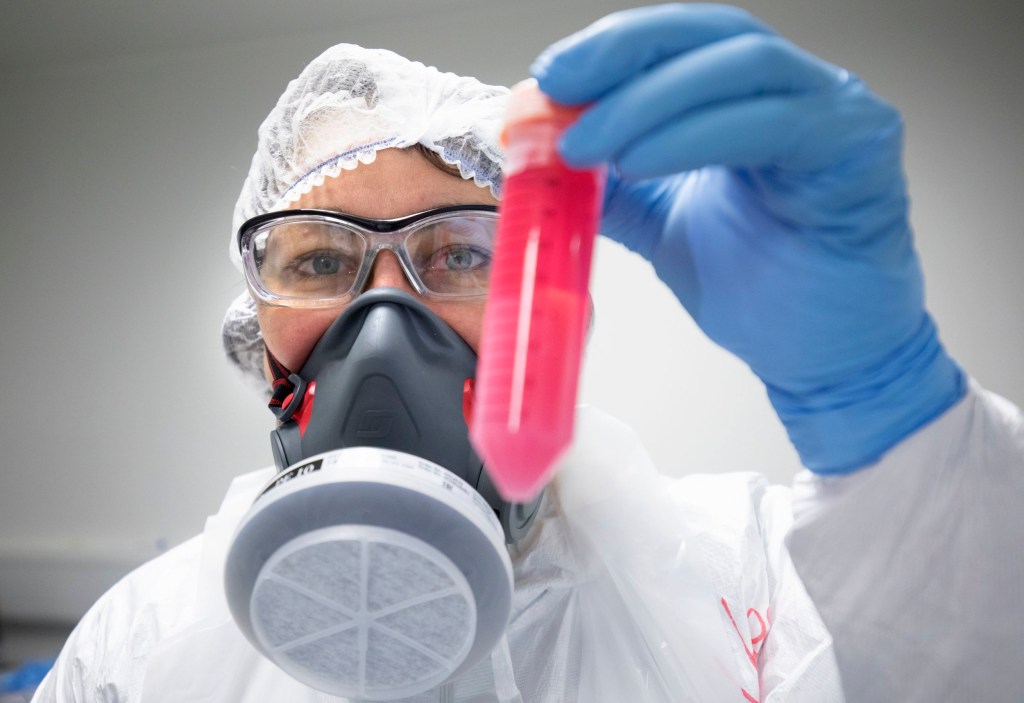 The Medical Research Council (MRC) University of Glasgow Centre for Virus Research (CVR) has been at the forefront of its field for a number of years.

But in 2020 their work became even more important – and time-sensitive – with the coronavirus spiralling into a global pandemic and the country locked down on March 23.

One year later, reporters were given exclusive access to a containment level three (CL3) laboratory named after Professor Richard Elliott who worked in the virology unit and died just as the lab opened in 2015.

Housed in the Sir Michael Stoker Building, which opened in 2005 at the university’s Garscube campus, Angela Elliott and Joyce Mitchell manage a fresh-faced and upbeat team of scientists in full personal protective equipment (PPE) who have been working seven days a week in order to gain a better understanding of SARS-CoV-2.

Among the technology used in the lab is a fluorescent microscope which research assistant Dr Wilhelm Furnon explained can track which cells have been infected by a virus – and the spread, showing which ones can be infected in the coming hours or days.

He described the microscope as ‘a powerful tool for us in order to test different drugs… or also to assess the efficiency of different vaccines’.

Dr Vanessa Herder PhD also showed how the team determines the titre (or concentration) of a virus by adding it to cells as they grow in a three-day process.

She highlighted the importance of discarding tubes in disinfectant to make sure ‘everything is inactivated after being touched’ – and explained how easy it is to disinfect coronavirus having worked with ‘many other viruses which are much more difficult to disinfect’.

The team only needs and uses one 70% alcohol disinfectant for this process which ends with replacing one layer of gloves in the PPE and wearing a new pair to transfer the samples in a disinfected tub to an incubator.

Another member of the team, Arthur Wickenhagen – a PhD student and research assistant – displayed another process to create a liquid which is used for experiments.

He said: ‘Because the virus is causing quite a bit of damage to the cells we want to separate our cells from the virus so we take a liquid, putting it in the tube and spinning all the cells down so that in the liquid only the virus remains.’

‘We’re just using our pipettes, carefully open up our flask and then slowly take the liquid… full of infectious viral particles, then take a fresh tube and carefully fill it.’

Once the team makes sure the tube is clean it then goes into different containers which are never opened outside the safety cabinets they work from.

Mr Wickenhagen also showed the GloMax, a new piece of equipment in the lab which helps carry out drug screens quickly.

He said: ‘Some of those drugs are cytotoxic so we’re interested to see whether those drugs cause the cells we’re using to die and we’re doing that with the luminescence assays.

‘Once the drugs kill the cells, a substrate is released that causes a light expose and we can measure that light with this machine.

‘If there are compounds that have killed the cells they will have releases stuff into the liquid that then creates a light signal that we can pick up.’

MORE : Porton Down scientists testing to see if smartwatches can predict Covid-19