How would a Covid ‘pub passport’ app actually work? 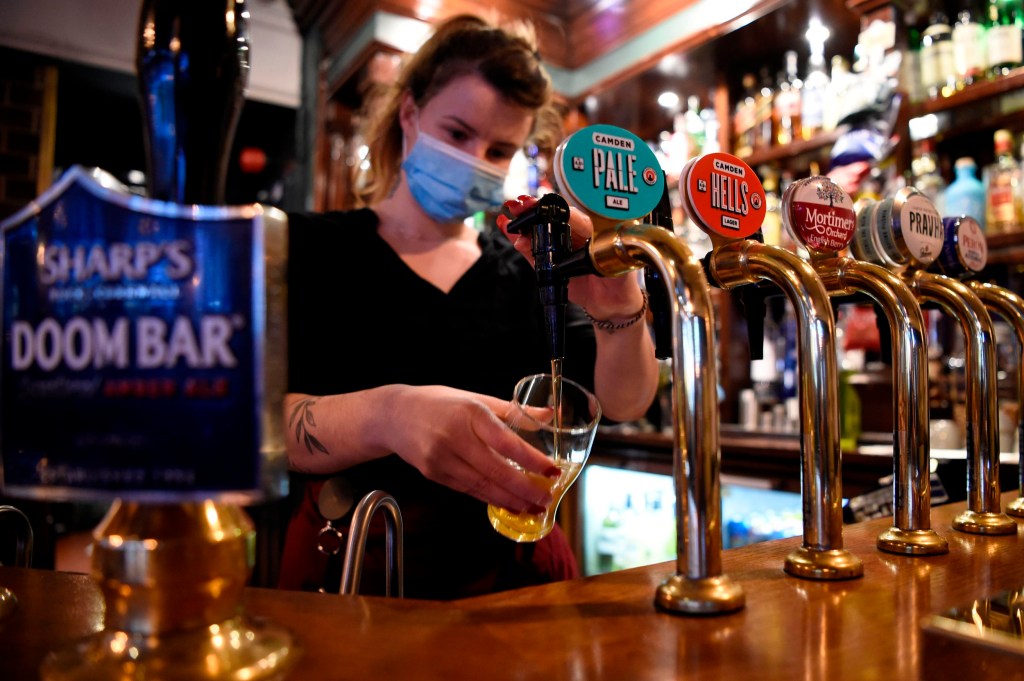 Pubs may be able to scrap social distancing measures by asking patrons to prove their Covid status with an app, under new rules under review.

Prime Minister Boris Johnson confirmed the plans were under consideration on Thursday.

He added that so-called ‘Covid passports’ wouldn’t be introduced until everyone had been offered the jab.

So how would they work?

Customers could prove they were Covid-free by flashing an app before they enter pubs, restaurants and other businesses, under the plans first reported by The Guardian.

The app would hold information on whether a user has been vaccinated against Covid-19 or has recently been tested for the disease or for antibodies.

Prospective customers would then load a scannable QR code that would serve as a virtual ‘Covid passport.’

The process would be similar to that of the NHS Covid-19 app, which customers use to record their visits to pubs, shops and other public spaces.

Ministers are reportedly planning to adapt the existing NHS app for this purpose.

Prominent medics have suggested the app, which contains a user’s medical history, already offers the ability to prove vaccinations or tests.

But Twitter users pointed out that using the app in its current form could lead to privacy issues, as pub patrons might end up showing more personal information than required.

People who don’t have access to the app would be able to request a paper certificate instead.

Controversy over the scheme

A similar scheme in Israel has given vaccinated residents access to certain businesses like gyms and hotels before others.

But hospitality bosses have called the UK plans ‘unworkable, costly and discriminatory.’

He said the move might pub bar staff at increased risk of intimidation. He said: ‘This is fraught with difficulty, I think, and it is, in my view, a fairly poorly thought out idea at this stage.’

But some officials think the plans could encourage people to get vaccinated, the Guardian reported Thursday. Ministers are apparently concerned that young people in particular will be less inclined to get the jab when it is offered.

‘Vaccine passports’ may eventually become key to unlocking international travel before the majority of the world’s population is innoculated.

Although this would benefit many, public health experts warn they such schemes exacerbate existing inequalities.

The UK’s vaccination programme, for example, has already faced criticism for reaching people from ethnic minority groups at a slower pace than white residents.

MORE : People who have had Covid and vaccine are ‘seven times more immune’

MORE : Covid passport checks could be needed for ‘work, weddings and sport events’

PrevPreviousFacebook, Google and Twitter CEOs grilled by US Congress over spread of disinformation
NextHow to buy Bitcoin and how does it work?Next