How to get a better sleep using these latest gadgets 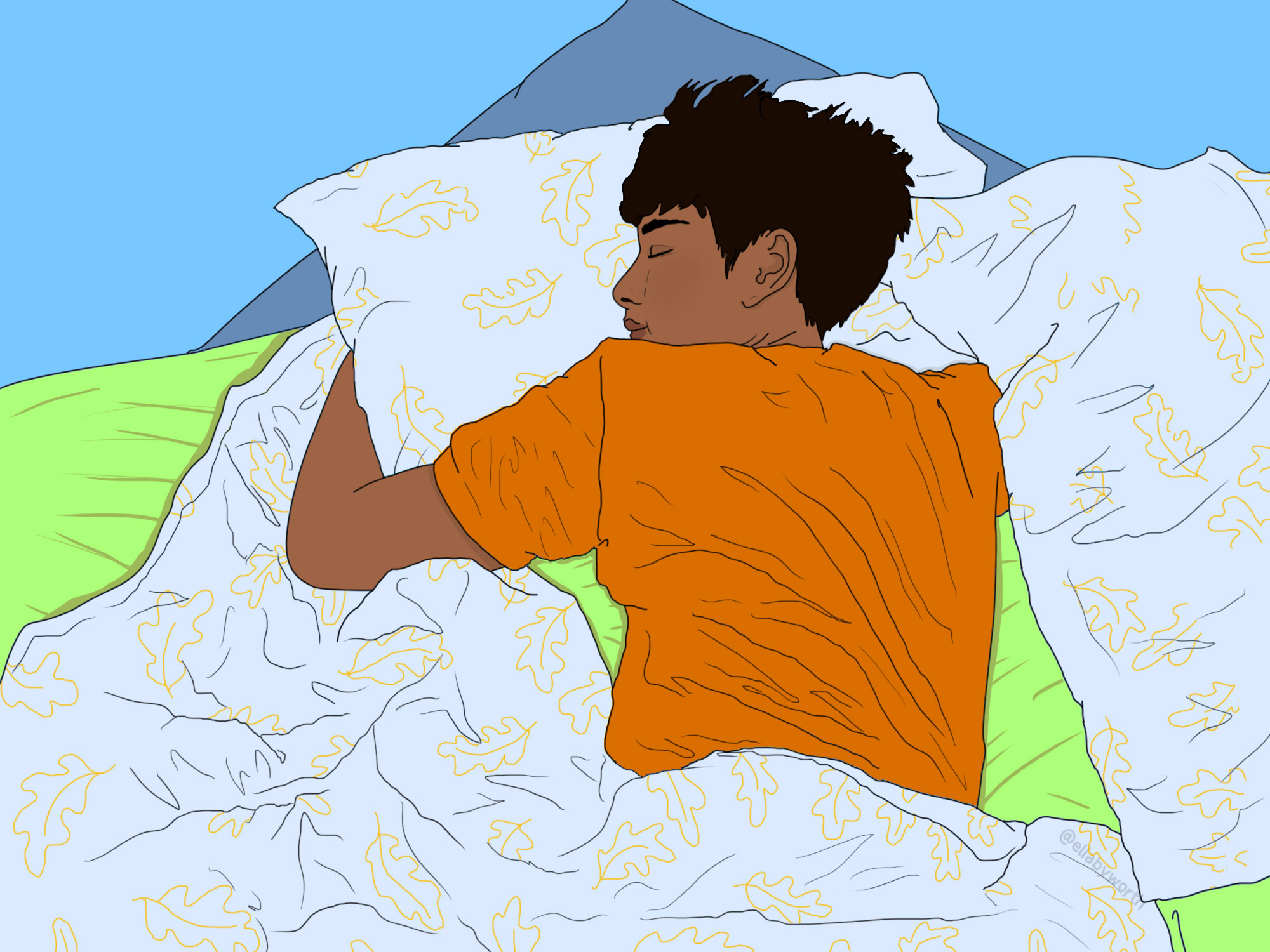 French novelist Jules Verne remarked: ‘Though sleep is called our best friend, it is a friend who often keeps us waiting.’

And when there’s a global pandemic, people have to wait longer than usual.

According to a recent survey by market research company Ipsos MORI and King’s College London, more than half the UK has struggled with shut-eye during lockdown, with stress a key factor in ruining the nation’s slumber.

And this could have major implications, with NHS England reporting that ‘regular poor sleep puts you at risk of serious medical conditions, including obesity, heart disease and diabetes’.

It also shortens life expectancy. The good news, however, is that tech can offer solutions…

Most sleep technology can be divided into one of three categories: devices that can help you nod off, track your sleep or wake you up. Many boast multiple functionality.

Simply put, sleep tech is big business. Global Market Insights suggest this area will be worth £20billion worldwide by 2025. It’s worth getting out of bed for a slice of that sort of bread.

With its high price tag, plus the fact that wearing headphones in bed to encourage sleep seems counter-intuitive, it’s easy to be unsure about the Kokoon Relax headphones (£314.99, uk.kokoon.io.). But I’m won over.

Using Bluetooth, connect the headphones to the Kokoon app, which serves two main functions. First, it offers medically tested cognitive behaviour therapy exercises to aid sleep via a library of audio guides. Second, it includes various soundscapes to ease you into slumber.

Users can pick appropriate audio to listen to and relax. The sensors in the device automatically adjust the audio and the background white noise as you fall asleep.

There’s also a machine learning capability, meaning data is analysed and headphone behaviours altered to what best works for you.

The ear cups, made of soft silicone, are comfy to wear, while the range of audio exercises are well constructed and the soundscapes relaxing. A well-designed and effective product.

The Snooz (£60.80, getsnooz.com) looks like a travel speaker. However, once plugged in and turned on, an internal fan whirrs into action to create peaceful white noise, which helps drown out anything else. An allied app allows you to program start and end times, and control volume. And that’s it.

Compared to other offerings it may seem low-tech but the soothing noise it created lulled me to sleep in no time. This is simple and brilliant, and it’s available in the UK later this year.

This ‘musical meditation for sleep’ is 18 minutes and 29 seconds of voice, speech and soundscape designed to lull you into the arms of Morpheus. National treasure Stephen Fry is a fan.

When it comes to sleep analysis, most wearables now carry some form of this technology.

The newest arrival in the Fitbit family, the Charge 4 (£129.99 fitbit.com), is no exception. A new addition in its sleep monitoring comes to users who sign up to the Fitbit Premium App (£80 per year, fitbit.com).

This offers audio guides to aid sleep and it monitors variations in blood oxygen saturation levels, which can be a sign of breathing disturbances in sleep.

A sleep-monitoring device that takes health concerns to the next level is the Withings Sleep Analyzer (£119.95, withings.com). This is a mains-powered pad that’s placed under the mattress.

Packed full of sensors, it monitors a user’s rest, then delivers data to an app via Bluetooth. This produces an in-depth and easy-to-understand report that tracks sleep duration and cycles, heart rate and snoring, and delivers an overall sleep score. If the score is bad, it offers advice to improve matters.

Its key selling point is that it provides medical-grade sleep apnea detection. This condition affects one in five adults and, if left untreated, can lead to high blood pressure, strokes and heart failure. The app also helpfully outputs this information as a PDF medical report so you can share results with your doctor.

Withings has put this technology into its soon-to-be-released Scanwatch too, which also has electrocardiogram technology to detect irregular heart activity.

It’s widely believed that sleep-related issues are caused by a disruption to our circadian rhythms and that light plays a vital role in adjusting and maintaining our internal body clock. That makes me a big fan of wake-up lights, like the Lume Bodyclock Luxe 750DAB (£199, lumie.com), which also happens to be a thing of joy.

The technology behind it is simple: the main body is a circular disc and, once an alarm time is scheduled in, this slowly illuminates to mimic sunrise and ensure the sleeper wakes in a more rested and natural manner. Alongside the light, there’s a DAB radio and a selection of wake-up noises, including tropical birds and, of all things, goats. These can be programmed to gradually increase in volume alongside the light.

In an age of apps, this has to be set up manually. It looks a bit retro too, with buttons, knobs, radio dashboard and an LED screen. But it’s pretty darn good. After all that — time for bed.

Can the science help the dementia sufferers?

It could, says Dr Kiran Kumar Guruswamy Ravindran of the University of Surrey’s Sleep Research Centre.

‘A significant number of people with dementia experience abnormal sleep-wake cycles,’ he says.

Sleep deprivation is an established form of torture. But in 2004 it became a reality TV game show. Channel 4’s Shattered pitted 10 contestants against each other to stay awake for seven days. The winner, Clare Southern, picked up £97,000 and endured 178 hours with no shut-eye.

Swede Kåre Walkert holds the world record for the loudest snores. A sufferer from breathing disorder apnea, her sleep sound hit 93 decibels. On the sound scale, this dozer made more noise than a working bulldozer and a bit less than a busy nightclub.

The first three stages of sleep are transitional sleep or drifting off; light sleep, where the heart rate slows; and slow wave sleep or deep sleep, where the body repairs. The fourth is REM, where brain activity is greatly heightened. Most dreams occur in this stage.

Weight on your shoulders

Studies show weighted blankets, like the quilted Simba Orbit (£149), can reduce levels of anxiety and insomnia. For the whole package, the delightfully soft yet firm Simba Hybrid Pro Mattress (from £636.75) pairs seven layers of foam with pocket springs. 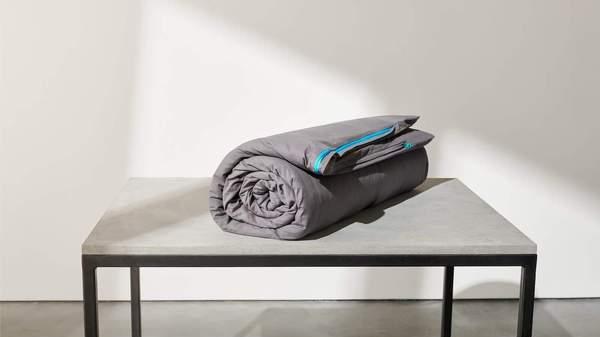 PrevPreviousFrom lab-grown meat to robot baristas, how Covid is changing the future of our food
NextThe best TV soundbars for your home cinema, from Sonos to SonyNext