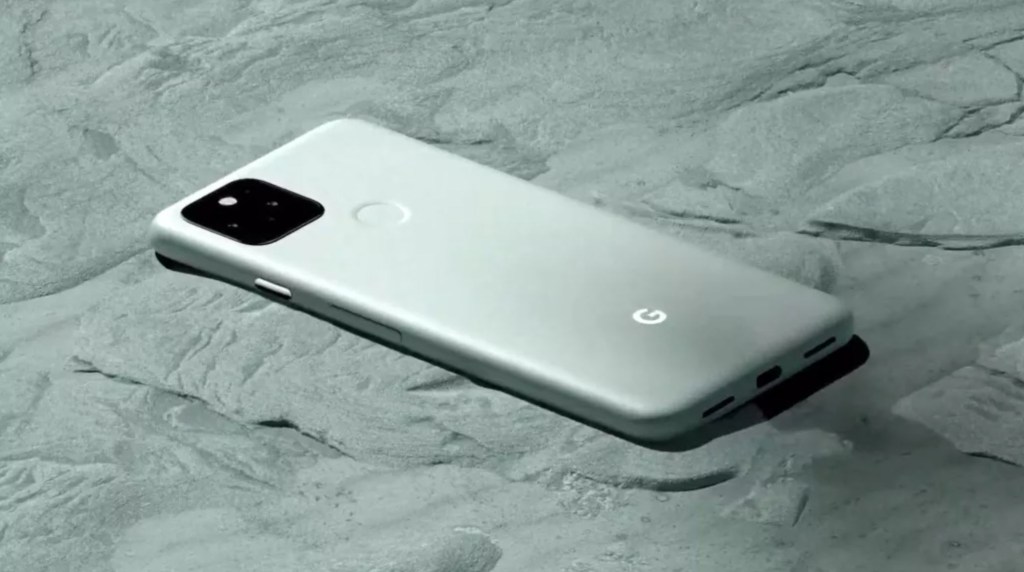 Google has announced the Pixel 5 alongside the Pixel 4a 5G at a special virtual event that also saw the launch of a new Chromecast and smart speaker.

The 5G-enabled Pixel 5 was teased months ago, but Google tonight made it official, stating that prices for the new Android phone will start at £599.

Rather than dazzle with new features, Google’s approach this year is to double-down on the camera technology, improve the battery performance and keep price low.

The Pixel 5 uses a Qualcomm Snapdragon 765G processor – a step down from the top tier Snapdragon 865 or 865 Plus. Similarly the screen features a 90Hz refresh rate rather than 120Hz seen on the likes of the OnePlus 8 Pro.

That’s not to say there aren’t some improvements. The Pixel 5 has an IPX8 water resistance rating and reverse wireless charging. There’s a bump in RAM to 8GB as well as an edge-to-edge display with a hole-punch camera in the top left corner of the 6-inch 2340 x 1080 OLED screen.

Pixel 5 has two rear-facing cameras consisting of a 12.2-megapixel main camera with a 77-degree field of view and a 16-megapixel ultrawide camera that boasts a 107-degree field of view. There’s both optical and digital image stabilization to make video capture better and the return of Night Sight low-light photography from the Pixel 4.

Google has also added a new ‘Portrait Light’ mode so you can tweak lighting on Portrait mode shots.

Interestingly, the company has brought back the rear-mounted fingerprint scanner from the Pixel 3 that was missing on the Pixel 4. Given we’re all wearing masks now, it’s a good move to have an alternative way of unlocking the phone. Sadly, the 3.5mm headphone jack from the Pixel 4a is nowhere to be seen.

The Pixel 5 also comes in a rather fetching new green colour called Sorta Sage, as well as the traditional Just Black option. No orange this year, folks.

So, while there’s less of a hardcore premium specs sheet, the Pixel 5 could prove to be a big success thanks to its slightly lower price.

‘Google’s mantra for the launch was being helpful during turbulent times, and many consumers will find its promise of more affordable phones meets their current needs,’ said Ru Bhikha, mobiles expert at Uswitch.com.

‘At a time when the prices of flagship smartphones seem to rise every year, it’s a breath of fresh air to see that Google’s Pixel 5 handset costs less than the Pixel 4 when it launched,’

‘The performance of Pixel 5’s camera setup compares well to the four lenses seen on many of its rivals’ devices, a real testament to Google’s ability to squeeze incredible performance from their tech.

‘It’s great to see Google taking a step back from the arms race of escalating handset prices, and it gives consumers greater choice at a time when money is tight for many people.’

The Pixel 5 will go on sale in the UK from October 15 while the Pixel 4a with 5G will arrive a bit later on November 19. If you want to be one of the first to get hold of one, you can pre-order it now on Google’s official web store.