sign up
Home ⁄ Nasa ⁄ Gigantic ‘near-Earth object’ asteroid flying towards us at 56,000mph

Gigantic ‘near-Earth object’ asteroid flying towards us at 56,000mph 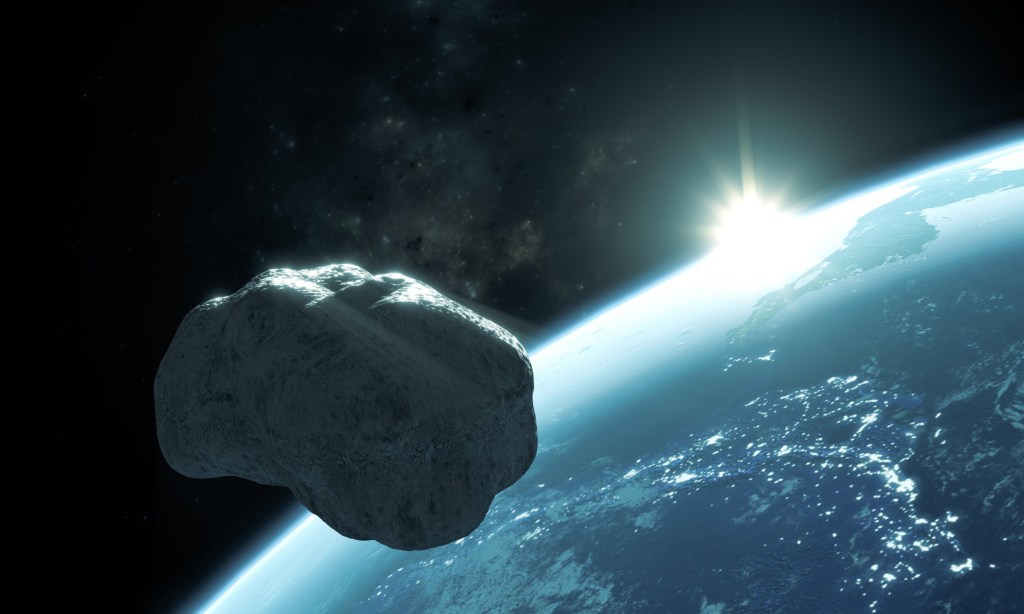 A huge asteroid is speeding towards Earth at 56,000mph and will come into close proximity on Sunday, November 29.

The asteroid is 0.51 kilometres in diameter and over 800 metres in height – making it larger than the Burj Khalifa or nearly three times’ the size of the Shard.

It has been known to scientists since 2000, when it was discovered by astronomers in New Mexico. Since then, space agencies have been tracking it and given it the designation: Asteroid 2000 WO107.

The huge space rock has been labelled a ‘near-Earth object’ (NEO) by Nasa because it will come within 1.3 astronomical units (and AU is defined as 93 million miles, the distance between the Earth and the sun) at its closest point.

This also earns it the dubious honour of being classed as a ‘potentailly hazardous asteroid’ (PHA) because any kind of impact wouldn’t be much fun for anyone on Earth.

‘Its orbit is highly elliptical. 2000 WO107 is about 0.5 kilometers in diameter, making it small in absolute terms, but larger than ~97% of asteroids, comparable in size to the Golden Gate Bridge.’

Thankfully, there’s zero chance of this Golden Gate Bridge-size rock hitting us on Sunday. It will cruise past at just under 4,302,775 km from Earth. In fact, there are 28 predicted close approaches of this asteroid in the coming decades.

According to Nasa, there are currently 1,031,488 known asteroids to date. Because this one is classed as a NEA, Nasa has to enforce its National Near-Earth Object Preparedness Strategy and Action Plan for a worst-case scenario.

We’re not sure what that entails, but it could involve Bruce Willis and a ragtag bunch of misfits being recruited to step in and save the day. At any rate, don’t feel the need to cancel any plans for Sunday.