Fossil from gigantic fish was mistaken for flying reptile 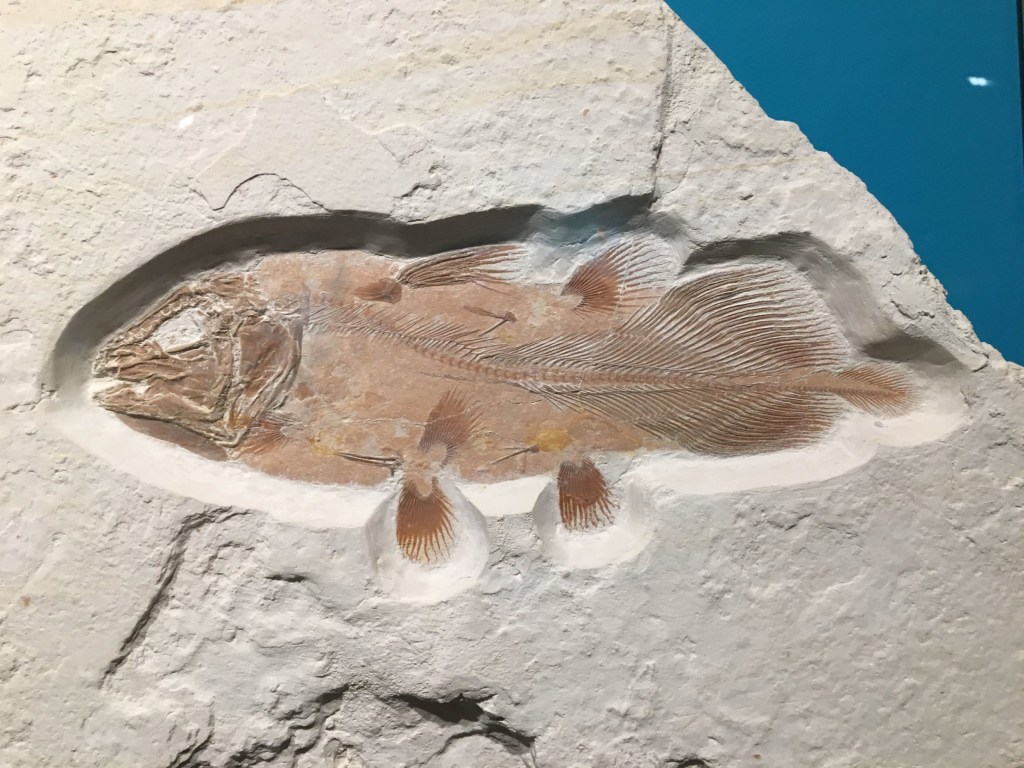 Fossilised remains of a fish that grew as big as a great white shark have been discovered after a fossil collector mistook them for a giant flying reptile.

The find by scientists from the University of Portsmouth is a species of the so-called ‘living fossil’ coelacanths which still swim in the seas, surviving the extinction that killed off the dinosaurs.

Coelacanth fishes first evolved 400 million years ago – 200 million years before the first dinosaurs. It had long been believed to be extinct, but in 1938 a living coelacanth was found off South Africa.

Professor David Martill had been asked to identify a large bone in a private collection in London after the collector bought the fossil thinking it might have been part of a pterodactyl’s skull.

But the palaeontologist was surprised to find it was not in fact a single bone, but composed of many thin bony plates.

He said: ‘The thin bony plates were arranged like a barrel, but with the staves going round instead of from top to bottom. Only one animal has such a structure and that is the coelacanth – we’d found a bony lung of this remarkable and bizarre looking fish.

‘The collector was mightily disappointed he didn’t have a pterosaur skull, but my colleagues and I were thrilled as no coelacanth has ever been found in the phosphate deposits of Morocco, and this example was absolutely massive.’

Prof Martill teamed up with leading Brazilian palaeontologist Dr Paulo Brito, of the State University of Rio de Janeiro, to identify the fossil, and the study has been published in Cretaceous Research.

He said the fossil had been embedded in a block of phosphate, backed with plaster and covered in a coating of lacquer, which had caused the bones to turn brown.

And it had been found next to a pterodactyl which proved it lived in the Cretaceous Period – 66 million years ago.

He added that the abnormal size of the lung suggests it would have been around 16ft (5m) in length, much larger than the threatened modern-day coelacanths which grow to a maximum of 6ft 6in (2m).

Prof Martill said: ‘We only had a single, albeit massive lung so our conclusions required some quite complex calculations. It was astonishing to deduce that this particular fish was enormous – quite a bit longer than the length of a stand-up paddleboard and likely the largest coelacanth ever discovered.’

The fossil is now being returned to Morocco, where it will be added to the collections in the Department of Geology at Hassan II University of Casablanca.

PrevPreviousWhat are Apple AirTags and when will they be released?
NextWearable ‘health monitor’ skin patch picks up how much alcohol and caffeine you’ve hadNext