First ever ‘space petrol station’ to be built in the UK 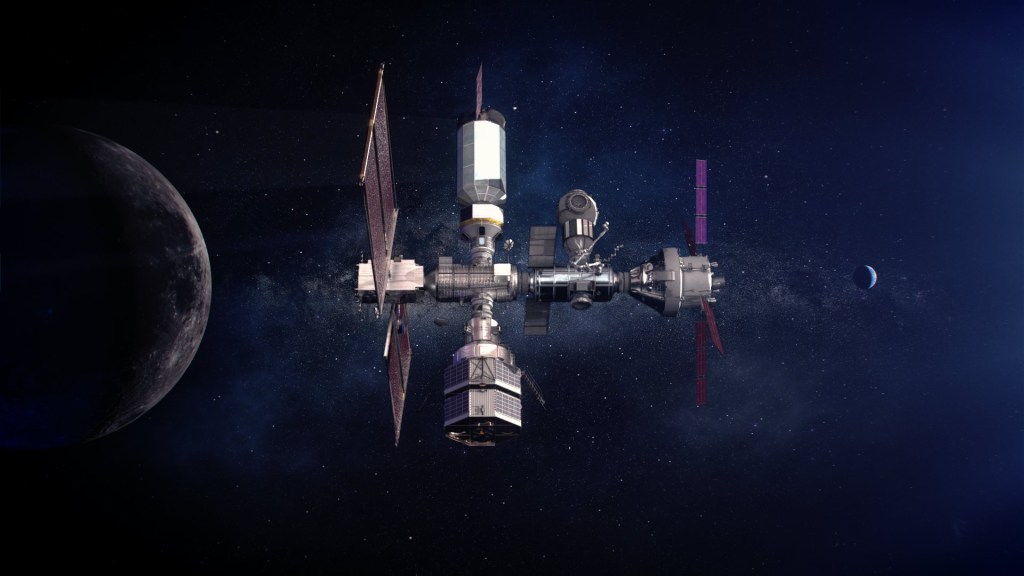 The first ever space ‘petrol station’ is set to be built in the UK as part of a project to support upcoming Nasa moon missions.

Aerospace manufacturer Thales Alenia Space, which has sites in Bristol, Belfast and Oxfordshire, will construct the chemical refuelling station – due to be launched into space in 2027.

The station will help refuel the Lunar Gateway – a space station that will orbit the moon and serve as a communication hub and science laboratory – using xenon and other chemical propellants.

Thales employs nearly 200 highly skilled teams of engineers and scientists across its three sites and is one of many UK businesses that will play a ‘key role’ in supporting the project.

The announcement comes as part of the ‘historic agreement’ signed by the UK Space Agency, Nasa and other partners on Tuesday that will lay the groundwork for future space missions.

Nasa’s Artemis mission plans to land the first woman and the next man on the moon by 2024, and the UK has already committed more than £16 million for the first phase of its design.

The lunar space station is expected to play a major role in the Artemis programme.

It is also hoped that establishing a sustainable lunar presence will ultimately be used as a ‘stepping stone’ for the first human mission to Mars.

The UK Space Agency said that the participation of multiple UK businesses in the project will generate economic benefits and high-skilled jobs.

Science Minister Amanda Solloway said: ‘Creating the first ever space fuel station on British soil is yet another example of how we are leading the world in space innovation, especially as this incredible project will be vital for future exploration of the moon and Mars.

‘I am delighted that this game-changing technology is going to be supporting nearly 200 high skilled jobs right here in the UK, increasing our standing as a global space power.’