Google Pixel 5 review: A flagship that bucks the trend 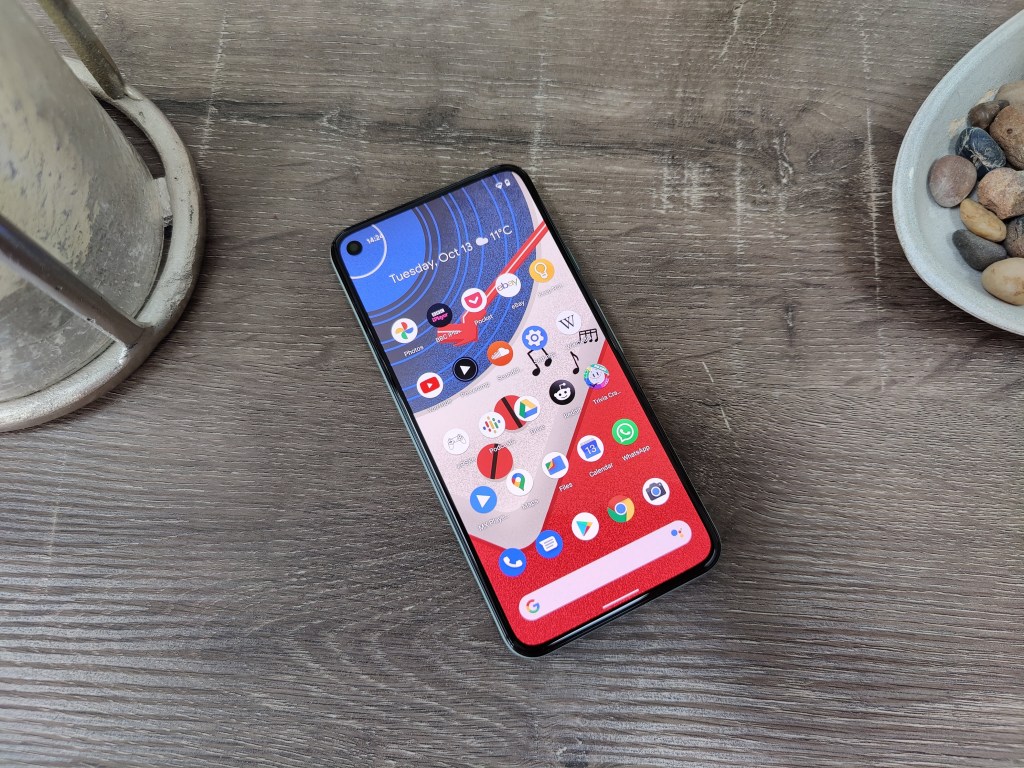 In a world where flagship smartphones cost over a thousand pounds, Google is taking a different route.

The Pixel 5 comes with 5G compatability as standard, a bigger display than last year’s flagship – the Google Pixel 4 – as well as more battery life. It’s also got the very latest software smarts that Google has to offer.

What’s going on here? Well, Google took a gut punch last year with the Pixel 4. Last year’s flagship boasted a few neat tricks that ultimately didn’t come to much even though the price was up there in premium territory – the Pixel 4 XL started at £829.

This year, Google has adapted and fitted a mid-tier Snapdragon processor into the Pixel 5 that keeps the cost down. It also means that upgrading from a Pixel 4 or Pixel 4 XL isn’t advisable if you’re basing your decision on performance alone.

During my time with the Pixel 5, I found the performance to be pretty good for everything I wanted to do: browse social media, play games and take pictures suitable for WhatsApp if not to be blown up and printed on canvas. It doesn’t really matter to most people that the phone isn’t blazing fast and if they get to save three or four hundred quid in place of a few microseconds of delay then fine.

Where Google has added to the Pixel 5 is in some of the auxiliary features that people actually care about. It’s got a better screen-to-body ratio with the 6-inch display taking up basically the same footprint as the original Pixel 4. And there’s now more RAM (a bump from 6GB on the Pixel 4 to 8GB) and better storage. You now 128GB of storage on the single configuration, rather than a base of 64GB on both the Pixel 4 and Pixel 4 XL.

It’s also tougher – with a Gorilla Glass 6 screen and aluminium back as opposed to glass. The Pixel 5 is waterproof to 1.5m for 30 minutes and can also now reverse-wireless charge accessories. The casing has been made from recycled aluminium and has a matte finish with a really nice, grippable feel to it. There are just two different colour options: Sorta Sage (green) and Just Black (black).

When it comes to the camera, Google has kept a dual-lens camera but changed things up slightly. The main 12.2-megapixel snapper is the same as the Pixel 4 but Google has swapped out the second telephoto lens from the 4 in favour of an ultra-wide 16-megapixel camera with a 107-degree field of view.

Camera performance on Pixel phones is usually very good and the Pixel 5 holds this up. There’s the usual glut of software-specific features that have all got their own names: Top Shot, Night Sight, Portrait Mode, Frequent Faces, Super Res Zoom, Cinematic Pan and Motion Auto-Focus to name just a few.

Pixels are all about pointing and shooting and letting the software do its thing and try and produce the best possible photo you were aiming for. If you’re a pro photographer, it’s unlikely you’ll be relying on a smartphone for client work so for the every day out-and-about photography, the Pixel 5 is bang on point. And Night Sight is still as impressive as it was on the Pixel 4 when it comes to low-light picture taking.

If you’re more into video capture, then the Pixel 5 will top out at 4K resolution at 60fps. It’s good but not as good as what you can get on a top-tier iPhone.

There are some compromises that have been made on the Pixel 5 to keep that price down. For starters, the Face ID system has been replaced by a fingerprint sensor on the back. This is great for when we’re all out wearing masks but I have to admit I’ve grown used to Face ID and would prefer it over a fingerprint reader. You may care to disagree depending on how you like to unlock your phone.

Also, the screen remains at a 90Hz refresh rate, which is disappointing when other devices are pushing up to a 120Hz display. And, despite Google adding a 3.5mm headphone jack to the Pixel 4a, it’s removed it again here. So you’ll have to buy a pair of Pixel Buds or use USB-C headphones instead.

Thankfully, the battery life has been improved over the Pixel 4 with the addition of a 4080mAh non-removable battery. I found that it lasted me through the day from 6am through to 11pm without too much trouble. Google has included an 18W charging brink with a USB-C to USB-C cable in the box for rapid charging.

It feels to me that Google has created a very conservative, very useful update with the Pixel 5. There’s no extraneous features (like the hand-waving ‘Project Soli’ on the Pixel 4) that push the price up, just some useful tweaks to things like battery life, screen size and storage space. Let’s be clear, you absolutely don’t need to jump ship from the Pixel 4, or even, really, the Pixel 3. But for those looking to go from a Pixel 2 or get their very first one, this ticks the right boxes.

What they will care about is that the Pixel 5 does all they ask of it, has 5G, and costs two or three hundred pounds less than its rivals.

And because it comes directly from Google, you can be sure it’ll get at least three years’ worth of software updates and security patches.

Flogging phones isn’t Google’s primary business by any stretch, and the Pixel 5 will sell an absolute fraction of what Apple’s iPhone 12 range shifts over the next few months. But that doesn’t stop it from being a very good device for what most people want a smartphone for.

It’s just a shame there’s no Oh So Orange colour option this year.

You can pre-order the Google Pixel 5 here.