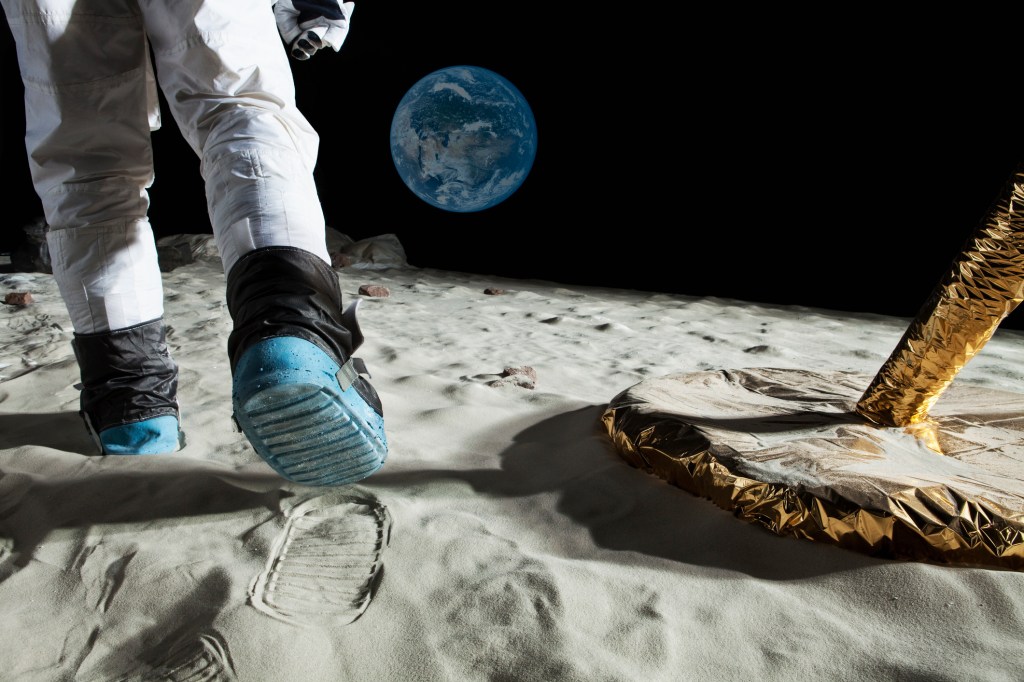 The European Space Agency (ESA) began a recruitment drive for new astronauts this week, looking for six members to join its astronaut corps.

For the first time, ESA has been explicit about wanting to make its recruitment more diverse to include people with disabilities.

British astronaut Tim Peake has said he would not have any concerns about flying to space with someone who has a physical disability, after the European Space Agency (ESA) outlined its plans to recruit its first ever “parastronaut”.

Those with a lower limb deficiency or who are considered to be of short stature and meet other recruitment criteria are invited to apply.

Speaking at an ESA media briefing on Tuesday, Major Peake said: ‘As an astronaut who has lived and worked in weightlessness… there are many, many things that you can achieve without necessarily utilising the lower limbs.’

The chosen candidate would be part of a parastronaut feasibility project to understand the requirements, such as on safety and technical support.

ESA will invest in the necessary adaptations of space hardware to enable these otherwise qualified professionals to serve as crew members on a safe space mission.

Major Peake said: ‘I wouldn’t have any concerns – having gone through this feasibility study – we’ll analyse it, we’ll look at the safety implications.

‘Of course, we will make sure it’s all done in a very safe environment, but I wouldn’t have any concerns at all with flying to space with a person with disabilities.’

ESA has asked the International Paralympic Committee to advise it on selection.

David Parker, the director of ESA’s robotics and human spaceflight programme, who was also at the briefing, said: ‘We’re not experts in this field so we’ve reached out to some of the experts and including the International Paralympics Committee.

‘We have used their knowledge to select certain categories of physical disability that we’re going to consider might be feasible for the parastronauts project.’

Mr Parker said there are people with disabilities working in other roles at the ESA but stressed ‘visible representation is always important’.

He added: ‘We’ve been asking ourselves – what are the barriers preventing us to fly a physically disabled astronauts to the ISS (International Space Station) and to work there?

‘So therefore, alongside the core astronauts selection project, we’ve assessed how to select a physically disabled individual to join the astronaut reserves in the first instance.

‘And, subsequently, we’re going to investigate the technical and operational feasibility of implementing a meaningful and useful mission by such a person.

‘Now this possibility raises many questions, most of which we do not have answers for yet.

‘We don’t have our own crew vehicles to fly to the space station today in Europe, so we need to work with all of the ISS partners.

‘And, obviously, safety is a vital consideration.

‘Nevertheless, we think that if we don’t ask the questions we will not find the answers – this is the very essence of exploration.

‘So we know that, in presenting this idea today, there’s a very fine line between raising expectations, and the reality is that it will take us time to find answers to all these questions.’

Applications are being accepted from March 31 to May 28.

Candidates must have a Master’s degree (or higher) in natural sciences, medicine, engineering, mathematics or computer sciences, or be qualified as an experimental test pilot, to be able to take part in the selection process.