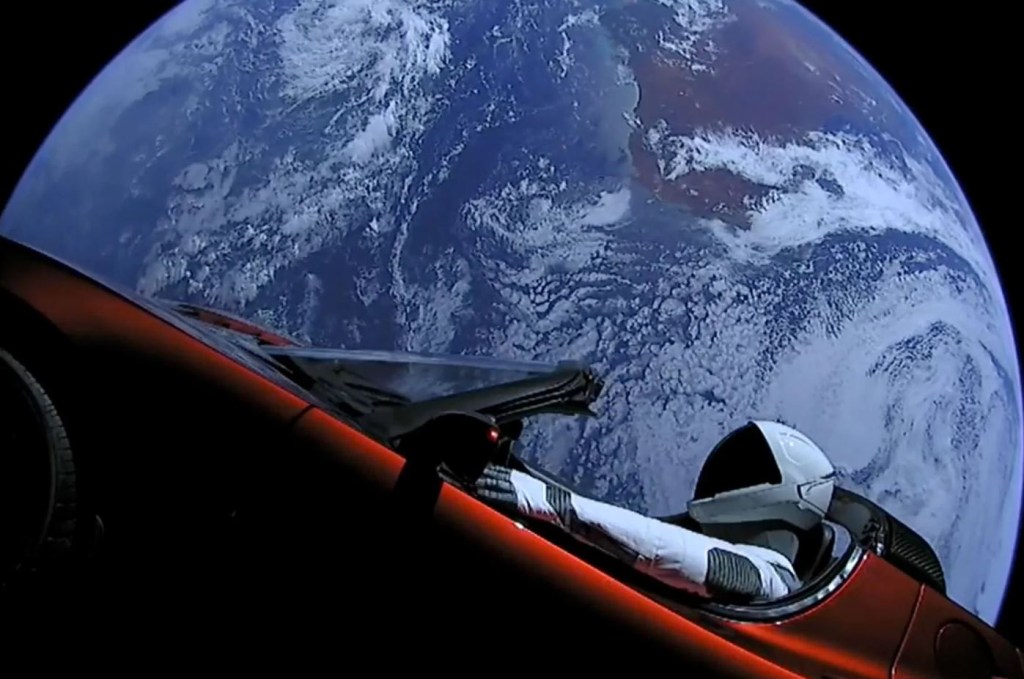 Starman, the famous dummy that launched into space over two years ago, has just made it to Mars.

The spacesuit-wearing manniquin was placed inside SpaceX’s Falcon Heavy as a payload during the test flight back in 2018.

And he was driving Elon Musk’s own cherry red Tesla roadster.

The plan was to send Starman on a trajectory to Mars and, according to SpaceX, he’s just about got there.

SpaceX CEO Elon Musk said that the reason for putting Starman into space was that it was more fun than the typical payload dummy that space companies use to test their rockets.

The extra publicity for his other company, Tesla, didn’t hurt either.

According to an orbit-modelling study, Starman will swing back past Earth in 2091, coming within a few hundred thousand kilometers of our planet.

From there, it should be a straight drive on to the restaurant at the end of the universe.