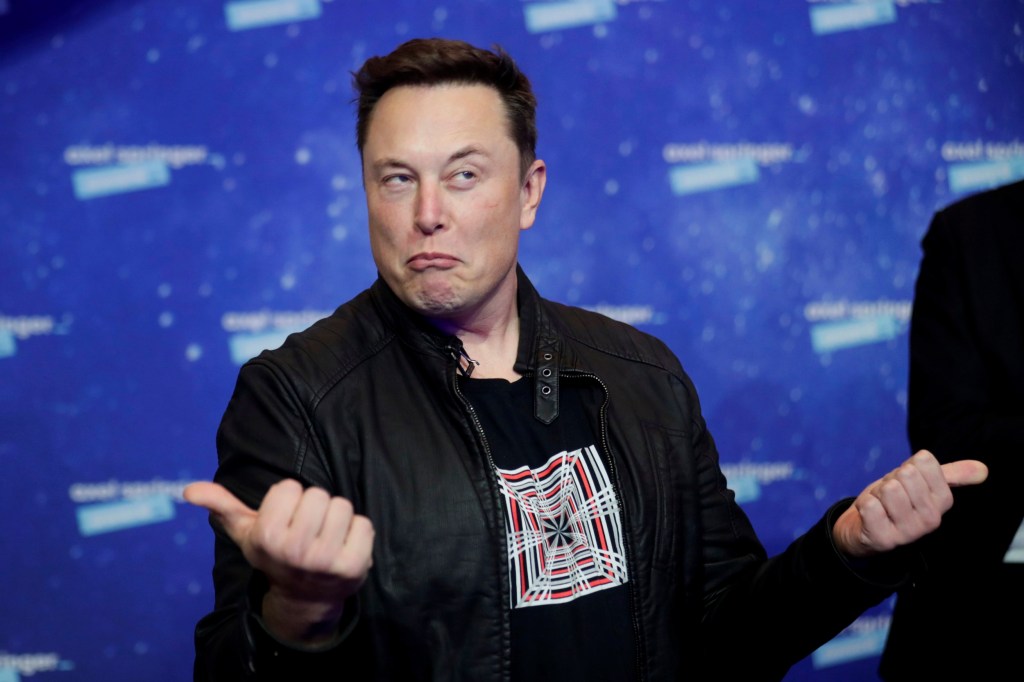 Elon Musk has admitted he ‘started going crazy on Twitter’ which, given his patchy history with the platform, is hard to contest.

Speaking to an audience on audio-only app Clubhouse, the world’s richest man recapped his on-again, off-again relationship with Twitter.

He said that he originally joined when it had less than 10,000 users before deleting it and, ultimately, re-joining it as it continued to grow.

‘My early tweets are pretty racy,’ he added.

Since the early days, Musk’s reach on Twitter has grown exponentially to his current 44.8 million followers.

Part of his success is his frequent use of memes to jump on the zeitgeist of the platform.

‘A picture says 1000 words and maybe a meme says 10,000 words, it’s a complex picture with a whole bunch of meaning in it’, he explained to the listeners of The Good Time Show on Clubhouse.

‘I don’t really follow memes. I make some of them. Some of them are sent to me. I have some pretty kickass meme dealers. My friend Mike is a good meme dealer. I am the lucky recipient of very interesting memes,’ Musk said.

During the US Capitol riots last month, Musk posted a ‘Domino Effect’ meme that tied the creation of Facebook to the rioters. It implied that social media sites do not do enough to curb incitement on their platforms and racked up over 45,000 retweets.

In 2019 he was found not liable in a defamation case involving a British cave explorer. Vernon Unsworth had sued the Tesla co-founder after he called him ‘pedo guy’ and ‘sus’ (suspicious) on Twitter in a spat following the July 2018 Thai cave rescue.

Musk has also previously been sanctioned by the US Securities and Exchange Commission (SEC) over allegations of misleading investors with some of his tweets, including one about taking the company private.

His most recent tweet, as it happens, is a single line saying he’ll be ‘off Twitter for a while’.