‘Earthgrazer’ meteoroid filmed as it glances off Earth’s atmosphere 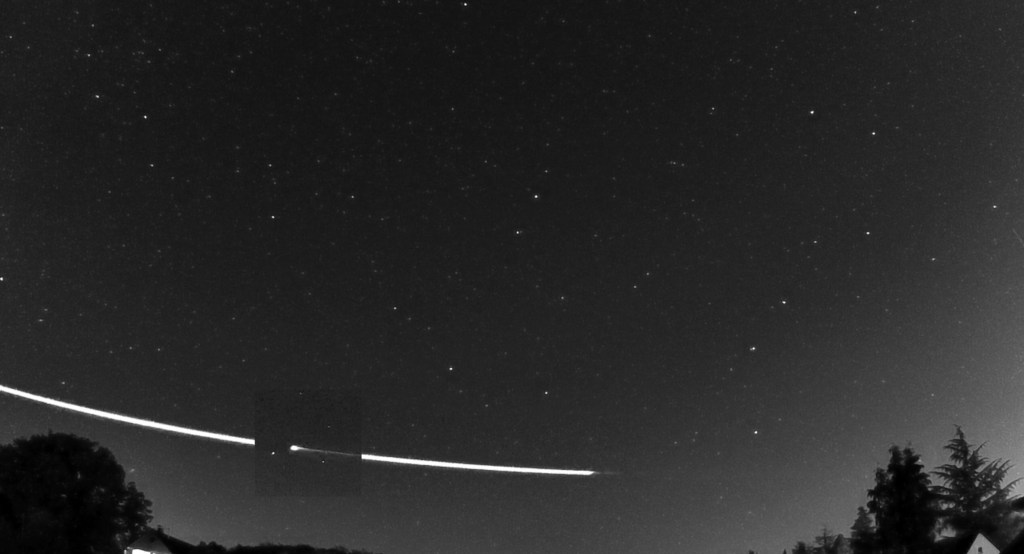 Space watchers have captured a remarkable sight on camera: a meteoroid glancing off the atmosphere and shooting back out to space.

These so-called ‘Earthgrazes’ are incredibly rare and stop the meteoroid becoming a meteorite as it never makes it down to the ground.

In this case, the Earthgrazer was filmed by the Global Meteor Network (GMN) as it took place in the skies above northern Germany and the Netherlands on the night of September 22.

The meteoroid sank as low as 91km (56 miles) in altitude before bouncing back out to space – like a flat rock being skimmed across the top of the lake.

‘The network is basically a decentralised scientific instrument, made up of amateur astronomers and citizen scientists around the planet each with their own camera systems’ explains Denis Vida, a physics postdoc from Western University in Ontario, Canada, who founded and leads the GMN.

‘We make all data such as meteoroid trajectories and orbits available to the public and scientific community, with the goal of observing rare meteor shower outbursts and increasing the number of observed meteorite falls and helping to understand delivery mechanisms of meteorites to Earth.’

Coming in below 91km in altitude means this Earthgrazer came closer to Earth than many orbiting satellites before bouncing back outwards again.

‘A meteoroid is typically a fragment of a comet or asteroid that becomes a meteor – a bright light streaking through the sky – when it enters the atmosphere. Most of them disintegrate, possibly with pieces reaching the ground as meteorites,’ explained the European Space Agency.

‘This lucky visitor, however, didn’t get low enough to completely burn up and managed to escape again, only grazing the edges of our planet’s protective gassy shield.’

‘Earthgrazers don’t happen very often, just a handful of times per year, in comparison to the thousands of meteors we observe in the same period, only the largest of which reach the ground as meteorites.’

Blue Origin’s New Shepard suborbital launch vehicle lifts off from Van Horn, Texas for its 14th test flight (Reuters) Jeff Bezos’ private space company Blue
Read More »
15 January 2021 No Comments
US Toll Free Phone: +1-855-211-0932 UK Phone: +44-20-3695-1294 AU Phone: +61-2-8417-2372 paul@wighthosting.com
Copyright Wight Hosting
We use cookies to ensure that we give you the best experience on our website. If you continue to use this site we will assume that you are happy with it.Ok