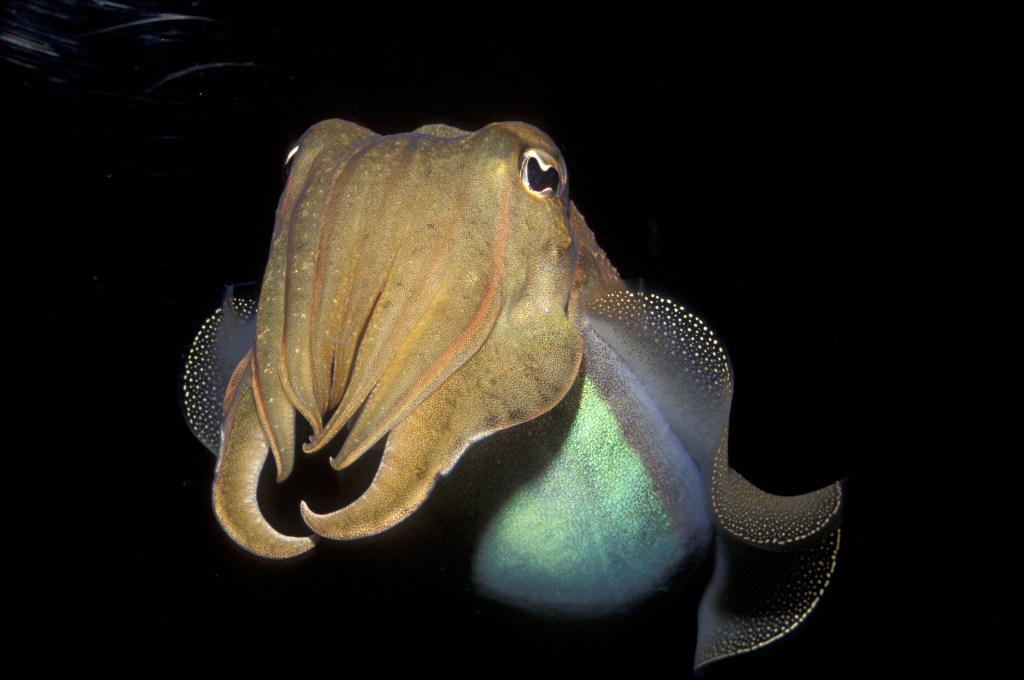 The common cuttlefish is just as smart as a human child when it comes to a certain cognitive test, according to new research.

When given the marshmallow test, which tests a person’s ability to understand delayed gratification, they pass with flying colours.

Cuttlefish are in the same family as octopuses and squid – cephalopods – and have long been thought to be some of the most intelligent sea creatures.

Researchers think having a high level of intelligence in the cutthroat marine world would have been essential to their evolutionary survival.

In the classic psychological experiment, a child is given a marshmallow with the instructions that if they can resist devouring the sweet treat for 15 minutes, they’ll be given another and allowed to eat both.

Testing for the ability to delay gratification, the study is supposed to indicate cognitive abilities like future planning and self-control, as well as plotting the development of human cognition.

‘Cuttlefish in the present study were all able to wait for the better reward and tolerated delays for up to 50-130 seconds, which is comparable to what we see in large-brained vertebrates such as chimpanzees, crows and parrots,’ said lead author Alexandra Schnell.

The simple test is easily adaptable for animals, swapping in a marshmallow for whatever food that particular creature enjoys.

Other animals that have been shown to have the ability to delay gratification include some dogs, primates and crows.

Writing in Proceedings of the Royal Society B, a team of researchers from the University of Cambridge found that not only could the cuttlefish delay gratification on par with ‘some large-brained vertebrates’, but that they could learn to differentiate between different stimuli and work out which one provided a reward.

The researchers found that the ‘Cuttlefish that delayed gratification for longer had better learning performance’.

Testing six common cuttlefish, the cephalopods were placed in a tank with two clear boxes – one had a live grass shrimp (their favourite) and the other had a less appetising raw prawn.

Researchers painted symbols on the door (triangle for a delayed opening, and circle for opening straight away). When presented with their favourite food behind the triangle door, all the cuttlefish opted to wait.

The study also tested the cuttlefishes’ ability to learn, by switching the symbols on the doors and what they meant.

The cuttlefish that learnt to adapt to the changes fastest also scored the longest delayed gratification scores.

While researchers don’t know the exact reasons for the cephalopods intelligence, they suspect it’s something to do with the way they gather their food.

‘Cuttlefish spend most of their time camouflaging, sitting and waiting, punctuated by brief periods of foraging,’ said Schnell.

‘They break camouflage when they forage, so they are exposed to every predator in the ocean that wants to eat them.

‘We speculate that delayed gratification may have evolved as a byproduct of this, so the cuttlefish can optimise foraging by waiting to choose better quality food.’

PrevPreviousSpaceX’s latest Starship prototype performed a perfect touchdown, then exploded
NextHow to make calls on WhatsApp on desktop and webNext