Cure for blindness on the horizon? Scientists restore vision in mice 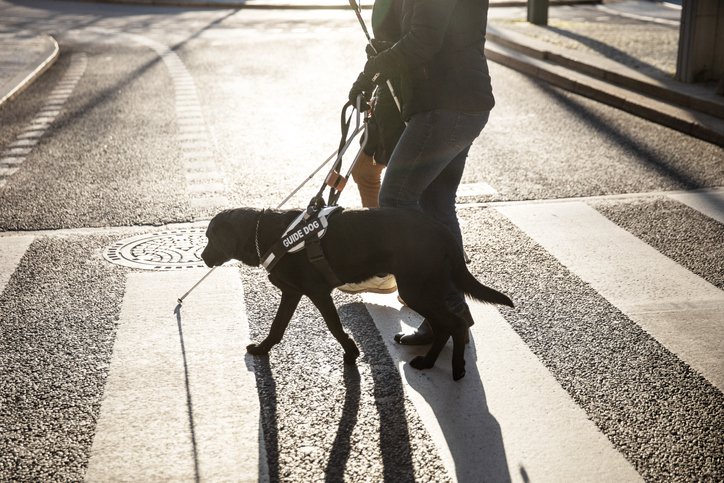 A cure for blindness could be on the horizon – after vision loss was restored in mice.

Scientists achieved the feat by turning back the clocks of eye cells with a cocktail of proteins.

It is the first time complex tissue has been ‘reprogrammed’ to an earlier age. Clinical trials are planned within two years.

The groundbreaking technique is expected to work in humans and may conquer other neuronal diseases – including dementia.

It sheds fresh light on the mechanisms behind growing old – pointing to a therapeutic target for a host of conditions.

Senior author Professor David Sinclair, an expert in ageing, said: ‘Our study demonstrates it’s possible to safely reverse the age of complex tissues such as the retina and restore its youthful biological function.’

In the UK, there are almost two million people living with sight loss, of whom around 360,000 are registered as blind. The team at Harvard Medical School in Boston used a harmless virus to deliver three genes into the retinas of lab rodents with glaucoma – the most common cause of human blindness.

Known as Oct4, Sox2 and Klf4, thy are types of protein called transcription factors that are switched on during embryonic development.

The procedure also worked similarly well in elderly mice with diminishing sight due to normal ageing.

Afterwards, gene expression patterns and electrical signals of the cells were similar to young mice – and vision was restored.

Further experiments found it also healed damaged optic nerves in adult mice. The results published in Nature open the door to designing treatments for a range of illnesses and disorders.

Although residing in the eyes and thus outside the skull, the retinal ganglion cells (RGCs) are brain neurons. The same approach could work in other organs.

Prof Sinclair said: ‘If affirmed through further studies, these findings could be transformative for the care of age-related vision diseases like glaucoma and to the fields of biology and medical therapeutics for disease at large.’

They are based on the ‘epigenetic clock’ – the ageing equivalent of the body clock. It tells genes to switch on or off.

It is believed changes to it – either through our DNA or the environment – cause cells to malfunction and trigger age related diseases.

One of the most important is methylation – the addition of a chemical. Over time, youthful patterns are lost.

Genes that should be switched on get turned off and vice versa, resulting in impaired cell function. The study erase these ‘footprints.’

Past work had achieved the feat in cells grown in laboratory dishes – but fell short of demonstrating the effect in living organisms.

Prof Sinclair and colleagues targeted cells in the central nervous system as it is the first body part affected by ageing. After birth, its ability to regenerate declines rapidly.

The treatment doubled the number of surviving cells after optic nerve injury and increased regrowth fivefold.

Lead author Dr Yuancheng Lu, also from Harvard, said: ‘At the beginning of this project, many of our colleagues said our approach would fail or would be too dangerous to ever be used.

‘Our results suggest this method is safe and could potentially revolutionise the treatment of the eye and many other organs affected by ageing.’

In mice with glaucoma, it boosted nerve cell electrical activity and sharpened sight. They could see moving vertical lines on a screen better – even after vision loss had already occurred.

‘This new approach, which successfully reverses multiple causes of vision loss in mice without the need for a retinal transplant, represents a new treatment modality in regenerative medicine.’

The treatment worked similarly well in 12 month-old mice with diminishing vision due to normal ageing – equivalent to a person in their 60s.

An analysis of molecular changes in treated cells identified reversed patterns of DNA methylation – suggesting it is a driving factor in ageing.

Prof Sinclair said: ‘What this tells us is the clock doesn’t just represent time – it is time. If you wind the hands of the clock back, time also goes backward.’

Further successful animal tests may initiate trials on patients with glaucoma in two years, said the researchers. They described the findings so far as ‘encouraging.’

Full body treatment of the mice with the three-genes has produced no negative side effects after a year.

Prof Andrew Huberman, of Stanford University in California who was not involved in the study, said: ‘The existing results suggest it is likely to reprogram brain neurons across species.

‘Future research should also address whether expression of the three transcription factors can have the same remarkable effects on neurons elsewhere in the brain and spinal cord.

‘Given RGCs are bona fide brain neurons, there is good reason to think they will. As such, the current findings are bound to ignite great excitement, not only in the field of vision restoration but also in those looking to understand epigenetic reprogramming of neurons and other cell types generally.

‘For decades, it was argued understanding normal neural developmental processes would one day lead to the tools to repair the aged or damaged brain. Lu and colleagues’ work makes it clear: that era has now arrived.’

Prof Huberman was awarded the Cogan Award in 2017 – given to the scientist making the largest discoveries in the study of vision.

Globally, there are an estimated 285 million visually impaired people, of whom 39 million are blind.