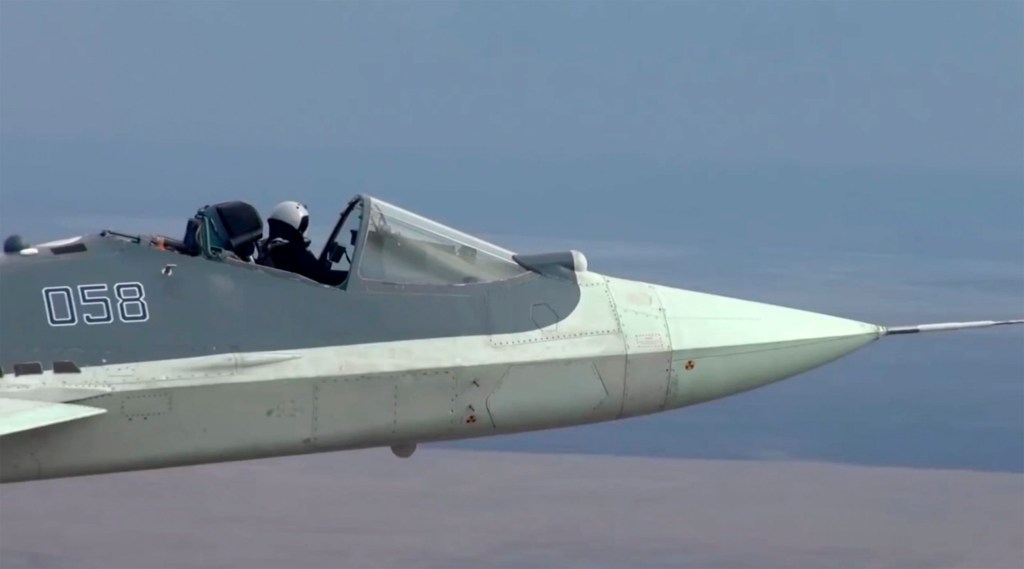 Incredible footage has emerged of a Russian pilot flying a state-of-the-art fighter jet without a roof canopy.

The jet, known by NATO as the ‘Felon’, can carry advanced Kinzhal hypersonic nuclear-capable missiles. It features a plexiglass canopy covering the cockpit which – inexplicably – is clearly missing in the footage.

The three-second clip was released by bosses at Vladimir Putin’s defence ministry and has been spread around the internet.

It’s believed to have been removed as part of testing for emergency procedures should the aircraft run into trouble before a successful ejection. The pilot is wearing a special suit as protection against the freezing temperatures. And, presumably, a very secure helmet.

Russian officials have not provided any context for the footage, which was shot above the Chkalov Test Centre at Akhtubinsk in Russia.

The Su-57 is in the final stages of testing and is planned to be operational from the mid-2020s.

It is the first Russian jet fighter with stealth capabilities and will succeed the MiG-29 and Su-27 in the Russian Air Force.