‘Covid brain’ a possibility as virus levels ‘1,000 times higher’ than in lungs 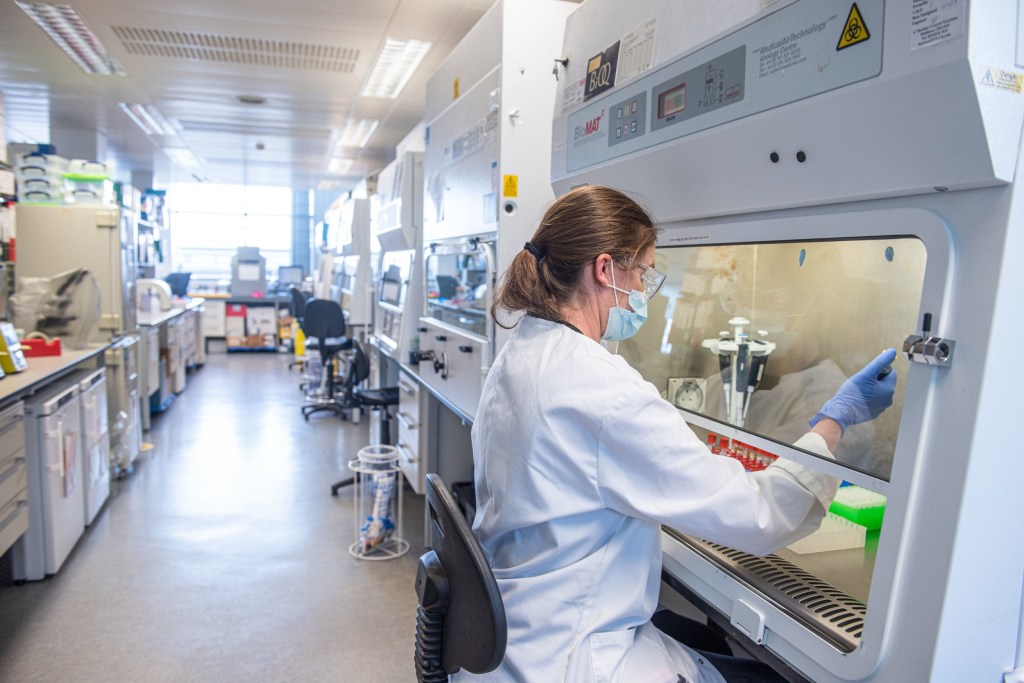 Coronavirus can attack and linger in the brain more than the lungs, which may explain some if its stranger symptoms, according to a new study.

Researchers at Georgia University found levels of virus 1,000 times greater than peak levels found in the lungs when looking at mice.

‘People seem to have very nice recovery, lung functions are fine, and we send them home just to find out that three days later, the patient becomes so severe that they died,’ virologist at Georgia State Mukesh Kumar told Business Insider.

‘That usually can only happen when the brain is involved.’

In the study, published in the journal Viruses, results showed that three days after being infected with coronavirus, levels of the virus in the lungs were high.

But on days five and six, while the lungs had begun to clear, the brain had much higher levels of the virus.

This brain virus also triggered an inflammatory response, which is what the immune system uses to fight off infection – but if the immune response becomes too strong, this can cause dangerous side effects and symptoms.

For some mice, the immune response caused immediate death.

But in other mice, with milder cases, the virus appeared to reside for longer.

Results on mice brains don’t always carry across to humans, but Kumar thinks that the brain is a major target for coronavirus.

It could also explain why some of the odder coronavirus symptoms occur, like the loss of taste and smell – these would stem from inflammatory issues in the brain.

Scientists are still figuring out the long-term impacts of COVID on the brain.

According to the American Centers for Disease Control and Prevention, symptoms can include sleep issues, difficulty with concentration and memory problems.