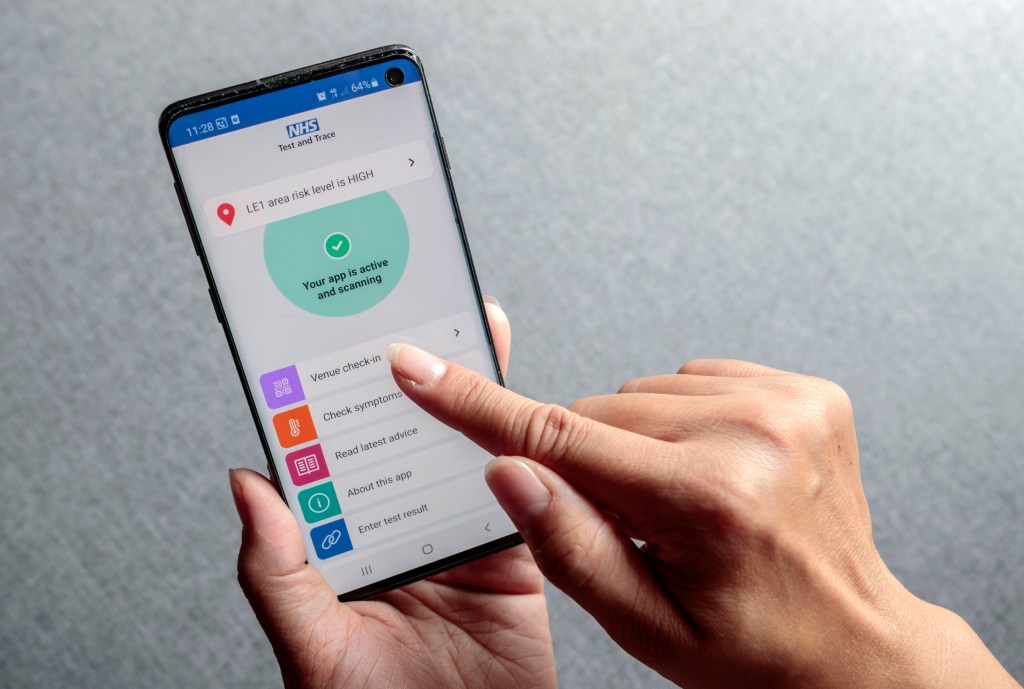 The development of the contact tracing app for Covid-19 was ‘bumpy and painful’ according to the head of the NHS’s innovation division.

England and Wales’s app, which uses Bluetooth to keep an anonymous log of those in close proximity, was delayed due to technical issues and concerns about privacy.

The first version was led by NHSX but the keys were handed over to NHS Test and Trace on the second version- that adopted an Apple and Google-led system.

This was released on September 24 and has been downloaded more than 16 million times so far.

Speaking about the app, NHSX boss Matthew Gould said it was an ‘error’ not to tell the public it was working on both versions of the technology at the same time.

‘It was bumpy and painful but at each point I think we did plus or minus the right thing,’ he told the FabChange2020 conference.

‘We started developing the technology really early – as it happens, weeks and weeks before Apple and Google came on the scene and said we’re developing our own API (application programming interface).’

‘When the Apple and Google API was announced and they said we’re doing a framework but you have to meet certain conditions to sit on it, we very swiftly set up a parallel strand of work developing a version of the app that would sit on their API.

‘Now, I think one of the errors we made was not saying much more publicly, we are doing this, we’ve got these parallel tracks going, so the public was taken with us on our journey.’