Confused by 5G? This is the podcast that will change that 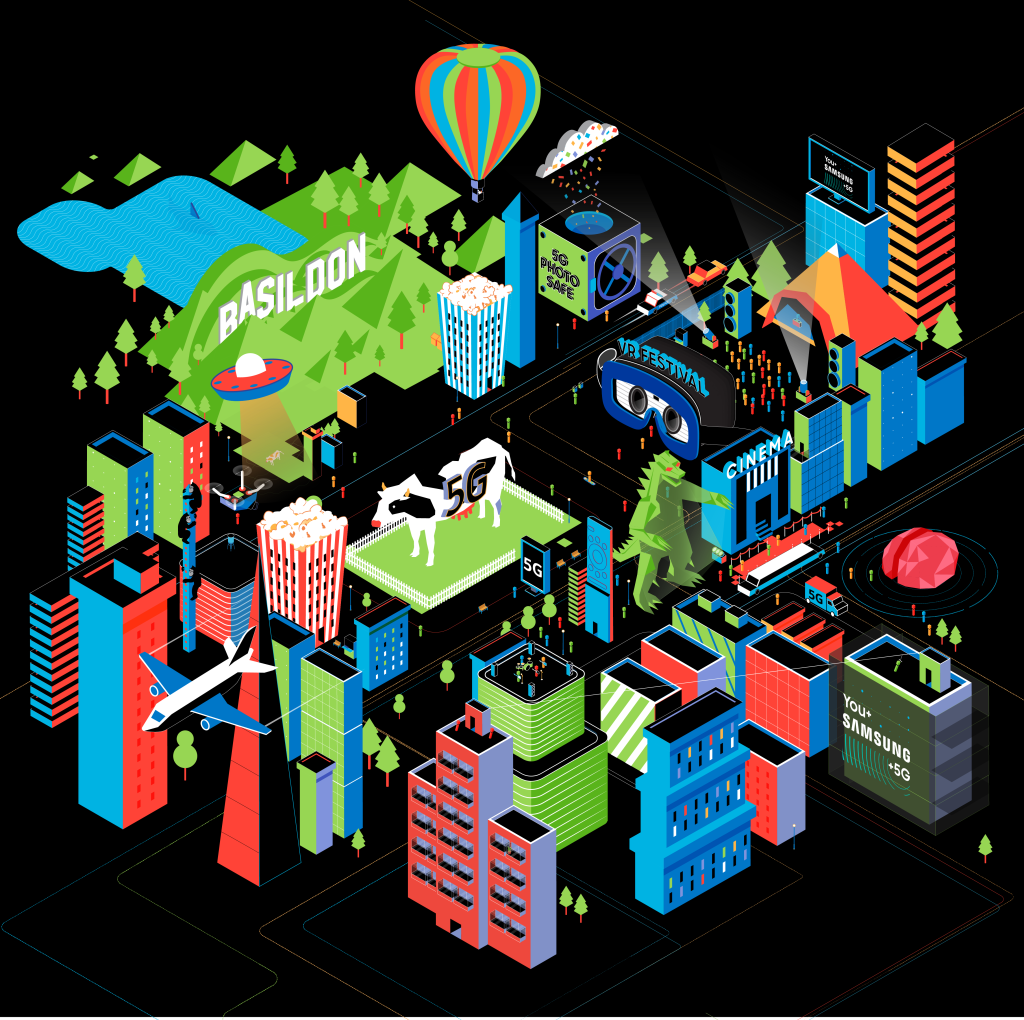 From rescue robots to ‘smart cows’, 5G technology is inspiring incredible innovations which are changing the way we live.

A new podcast, Whatever Next?, from Samsung, will explore how 5G has supercharged the tech world, with mathematician Dr Hannah Fry and comedian Suzi Ruffell exploring weird and wonderful innovations powered by the service.

Incredibly, many of these ideas are already working, right now – and this series will introduce you to the tech geniuses behind them.

The weekly podcast will be released through Google and Spotify and Apple Podcasts.

Both presenters admit that they were astonished by the technologies they discovered while researching the podcast.

The duo talk to the inventors and innovators who are pushing boundaries with 5G, from super-powered cameras which can see round corners to vertical farms which could feed future generations.

So who is the most intelligent person they met?

Hannah says, ‘With me it’s a joint first, Suzi of course, and Antony Karydis, he’s doing this 5G festival, which is entirely virtual.

‘It doesn’t replace going to a real festival, it’s a different experience, and much more accessible to families and disabled people.’

Each weekly episode will explore one area (from food to photography) exploring the weird and wonderful stories of people who are using 5G to transform the future.

Gaming is going to spring to life on 5G devices, with turbo-charged downloads meaning gamers no longer have to invest in a bulky games console to enjoy cutting-edge gaming.

While gamers will be thrown straight into the fun thanks to near-instant downloads, 5G gaming tech is also saving lives – and helping people’s mental health.

But can 5G really help with your fear of spiders? Yes it can!

Hannah and Suzi talk to Psious, a pioneering company using VR to treat phobias – allowing sufferers to face fears from flying to heights in lifelike game worlds, and overcome them.

Suzi Ruffell, meanwhile, was mesmerised by tactile internet technology, which allows surgeons to operate on patients thousands of miles away thanks to the high network bandwidth and minimal delay provided by 5G.

She explains, ‘So, if there’s a surgeon in China, they can operate on someone thousands of miles away..

‘It absolutely blew my mind!’

Dr Hannah Fry says, ‘With split rendering (in the cloud and on the device), and the speed of 5G, gamers can explore much richer worlds.

‘But I think where it’s really powerful is when those same ideas can extend outwards to other environments, to teaching people new skills through virtual reality.’

Imagine you could walk around inside a photograph: it sounds like the stuff of fantasy novels, like Alice stepping through the looking-glass.

But 5G will make this a reality, with ‘volumetric’ pictures which create a tactile 3D world, and VR ‘scenes’ which can be shared as easily as we trade pictures now.

Dr Hannah Fry explains, ‘I like the postcards, VR scenes you can send to people.

‘So imagine I’m sitting in the Maldives, sipping a cocktail and I want to send Suzi a postcard and I drop Suzi into my scene.

‘With 5G, you can just upload so much more information about your surroundings.’

Imagine a festival where the musicians can perform from anywhere, with 5G allowing duets between artists on the other side of the planet.

Whatever Next? will explore how 5G will turbo-charge entertainment (and the way we enjoy it), and make entirely new experiences possible for the first time.

Comedian Suzi Ruffell says, ‘I love the idea that I could have a virtual comedy club, and I could talk to someone in the front row and the response would be as quick as being there.’

5G is set to unlock incredible new entertainment experiences, in everything from music to television.

Imagine devices sensing their owners facial expressions during a Netflix series, and changing the ending depending on their reactions!

Or how about bringing together creative collaborations which would never have previously happened due to politics or geography?

Dr Hannah Fry says, ‘You can have two musicians from the same band in different rooms, or a music teacher playing simultaneously with a student in Russia for example. It’s incredibly powerful, and very democratising.’

Even the way we produce food is changing thanks to the power of 5G.

In one episode of Whatever Next?, Hannah and Suzi explore technologies such as vertical farming and ‘smart cows’, made possible by the power of 5G.

At the Agri-EPI Centre in Shepton Mallet, cows are fitted with 5G smart collars and health monitoring ear tags.

It means (for instance) that cows who are ready to be milked can approach machine gates which automatically open.

Suzi Ruffell says, ‘I didn’t realise it, but a lot of cows die while giving birth, this 5G collar sends a message via 5G to a farmer to say, “I’m going into labour,” and it means the cow can get help.’

Listen to Whatever Next? on your smart speaker or smartphone via Google, Spotify and Apple podcasts