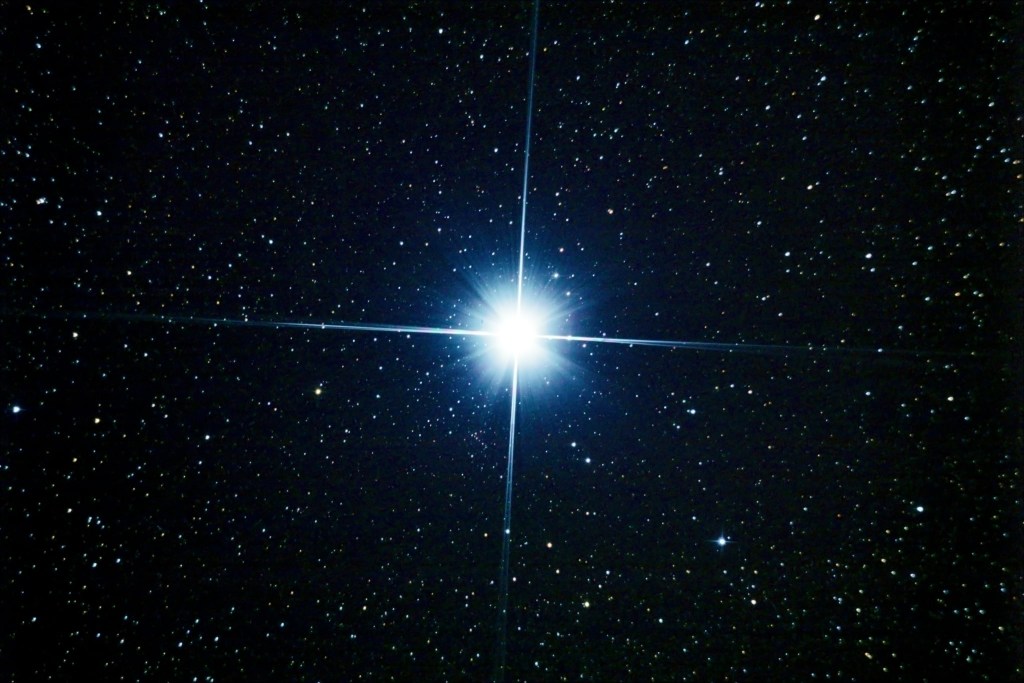 Jupiter and Saturn will appear closer in the sky tonight than at any point in the last 400 years.

Known as the ‘Great Conjunction’, the two largest planets in our solar system will appear just 0.1 degrees apart, one-fifth the diameter of the full moon.

Even though they are still 400 million miles away from each other, to the naked eye on Earth they will appear as a single, bright shining ‘Christmas star’.

Although the orbits of Saturn and Jupiter bring them into alignment every 20 years, this is the closest they have been since 1623.

‘You can imagine the solar system to be a racetrack, with each of the planets as a runner in their own lane and the Earth toward the center of the stadium,’ Henry Throop, an astronomer in Nasa’s Planetary Science Division, explained.

‘From our vantage point, we’ll be able to see Jupiter on the inside lane, approaching Saturn all month and finally overtaking it on December 21.’

How to see the Christmas Star tonight

For the best chance of seeing the ‘double planet’, you’ll need to look low in the western sky for around an hour after sunset.

December 21 is also the Winter Solstice, meaning it’s the shortest day of the year. The sun will set in the UK at 15.53 this afternoon – meaning you’ll be able to pick out the Christmas Star from around 5pm onwards, providing the weather stays clear.

The advice to keen stargazers is to look to the south west as soon as possible after sunset, with the best time between 4.30pm and 6pm, and while a telescope or binoculars will help, the phenomenon will be visible to the naked eye – weather permitting.

The Royal Astronomical Society advised people to find a line of sight without tall buildings or trees blocking the view.

It said: ‘With the eye, the pair (of planets) will appear as two bright points of light. Binoculars will show those points as slightly larger dots: viewers may also be able to make out the four largest moons of Jupiter, and possibly Saturn’s largest moon Titan.

‘With a small telescope the two planets will be in the same field of view, an exceptionally rare event, and the cloud belts on Jupiter and the rings of Saturn should be obvious.’

The Met Office has forecast rain for Monday, and said the chance of clear skies is greater in the northern half of the UK.

Even if there is bad weather, the Royal Astronomical Society said all is not lost as ‘the two planets only appear to move apart very slowly, and will still appear unusually close together on the days that follow’.

Did a planetary alignment form the star of Bethlehem?

It’s possible that a planetary alignment like the one we will witness tonight occurred in ancient times and led the wise men to the place of Jesus’ birth.

Professor Michael Burton, an astronomer at Armagh Planetarium and Observatory in Northern Ireland, said a conjunction over the nativity scene was a possibility.

‘Certainly one of the possibilities might have been two of the planets coming together,’ he said.

‘The whole question of what might the Christmas star have been is a very interesting question in its own right.

He said the brightness in the sky expected on December 21 is ‘one possibility for what was seen back 2,000 years ago.’