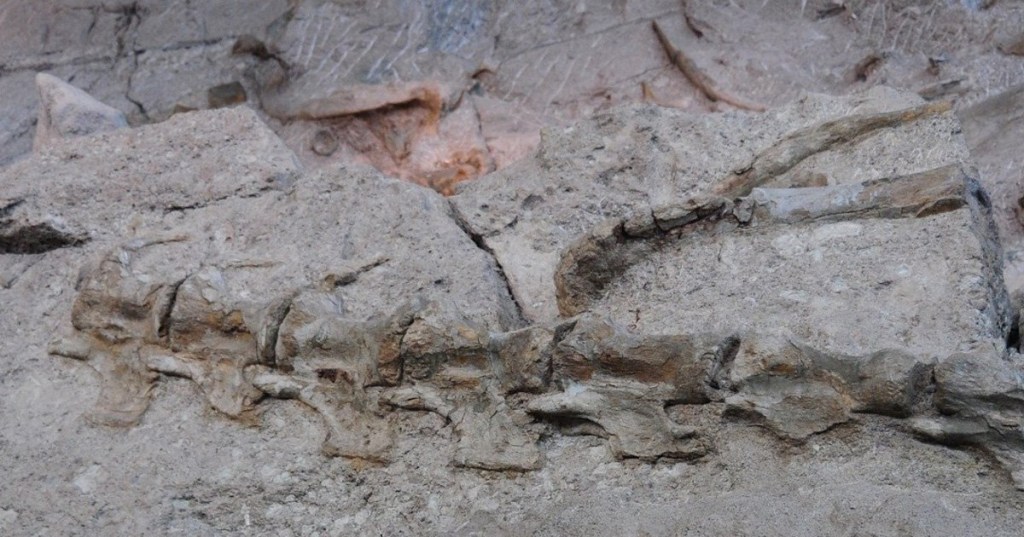 British expats living in Mafaluf fell hard for a prank organised to celebrate Spain’s Day of the Holy Innocents this week.

The occasion is basically Spain’s version of April Fools’ Day and takes place on December 28 each year.

For 2020, the town council in Magaluf posted an image on its Facebook page supposedly showing a dinosaur fossil belonging to a Tyrannosaurs Rex. The officials included a caption with the picture, explaining that nearby development work would be halted while paleontologists from around the world flew in to investigate.

‘The works on Avenida s’Olivera de Magaluf will remain paused until the excavation is completed and a study of the remains is carried out,’ explained the post on the Calvia Town Hall Facebook page.

‘In a few weeks we will know if the experts will allow for the works to continue or if a greater dig must take place, putting a stop to the building indefinitely.’

Predictably, the response online was not a welcome one.

‘Unbelievable, the town hall looking for any excuse to stop the works in Magaluf have now apparently found a dinosaur bone,’ wrote one local on Facebook, according to the Olive Press.

Some saw through the ploy and joined the fun.

‘They have named the dinosaur mañana-Rex, the laziest dinosaur in the world,’ said expat-run bar Eastenders Bar Magaluf according to local reports.

Although it’s a joke – suddenly finding remains beneath human habitation does happen from time to time. In September, a huge cache of woolly mammoth remains were discovered underneath a military base in the US.