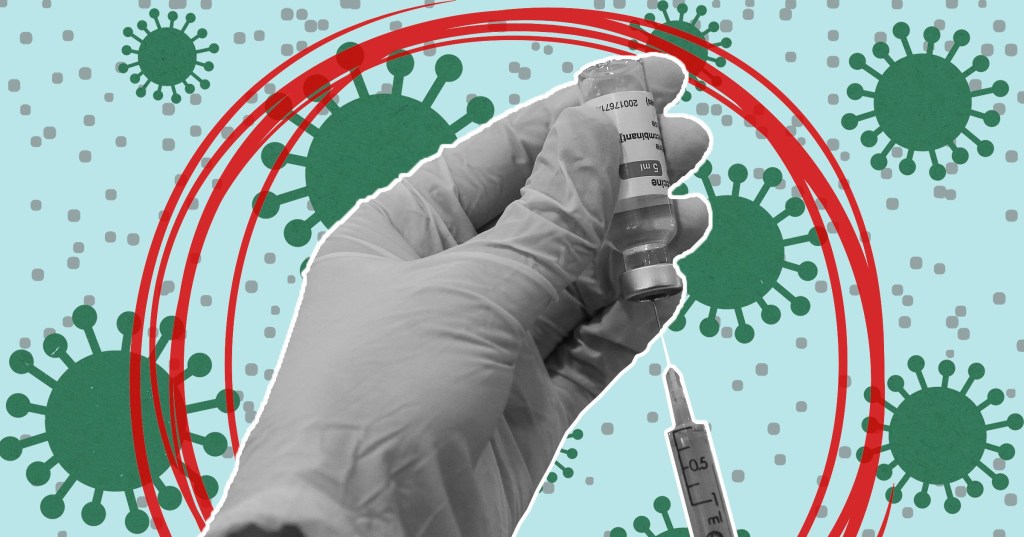 The arrival of effective vaccines against Covid-19 has been one of the few good news stories of the pandemic. However, communicating the safety of vaccines has long been difficult, as shown by most countries having some level of vaccine hesitancy, including hesitancy towards Covid-19 vaccines specifically.

Just as regulatory authorities — such as the European Medicines Agency (EMA) and the UK’s Medicines and Healthcare Products Regulatory Agency (MHRA) — had systems in place to assess if the vaccines worked, so too did they create carefully thought through vaccine safety plans to deal with any safety signals arising after the vaccines’ deployment.

However, this week the EU’s plan for vaccine safety was thrown into confusion. At least 12 EU states have suspended use of the AstraZeneca Covid-19 vaccine because of concerns of a possible link between the vaccine and blood clots. These concerns are registered in spontaneous reports, where a patient or healthcare professional suspects a link between an adverse event they’ve witnessed and the vaccine. Reporters do not have to be sure of a link, and these reports do not prove there’s any association between the vaccine and the event.

The number of blood clots reported among people taking the vaccine, assuming even a fairly high level of under-reporting, does not seem to be higher than would be expected in the general population. Many things happen after vaccination that would have happened without the vaccine.

That said, in some countries, such as Norway and Germany, an extremely rare form of blood clot in the brain called cerebral venous sinus thrombosis (CVST) has been reported. Incidence of CVST in the normal population is hard to measure, although Johns Hopkins Medicine has said it may affect around one in every 200,000 people each year. In Germany, the incidence of CVST post vaccination has exceeded this rate, so the EMA is carefully examining each case to look for possible contributing factors.

But so far, the World Health Organization, EMA, MHRA and AstraZeneca have all said that there is no evidence of a causal link between the vaccine and clots, and the EMA has said it is firmly convinced that the benefits of the vaccine far outweigh the risks. Yet if this is the case, why have the advisory committees of some EU states decided to suspend the vaccine?

A major reason appears to be the misapplication of the precautionary principle. This is where you take anticipatory action to avoid potential harm, even when the evidence around that harm is uncertain. It can be a useful tool when needing to make a decision in a situation that includes risk and uncertainty.

The precautionary principle evolved from critiques of risk assessments that were based on scientific methods. These, it was argued, were too conservative, requiring too much evidence to prove risk, and so perhaps biased towards seeing an absence of harms.

The earliest forms of the principle are thought to have arisen in West Germany in the 1970s, where ‘Vorsorgeprinzip‘ was used in environmental policy to limit actions that were suspected but not proven to cause ecological damage. Past case studies of harms for which there were early warnings but only later actual evidence — such as asbestos — show the sorts of outcomes that the principle can potentially help avoid.

Regarding pausing the AstraZeneca vaccine, the principle has been cited explicitly by some EU states. Others have invoked it implicitly in interviews, saying they will ‘err on the side of caution’. However, there are trade-offs — and that’s the primary reason why we can say the principle has been misapplied.

Covid-19 vaccines are being used to prevent deaths. Decisions to suspend their use will slow vaccination campaigns by reducing vaccine availability. Suspensions might also affect vaccine uptake by sparking wider concerns about safety among the public. Confidence in the AstraZeneca vaccine is already relatively low in Europe, with high-profile comments about its effectiveness having dented uptake.

So rather than avoiding risk, the principle has instead moved countries away from one risk (blood clots) towards another (lower vaccine coverage). The impact of the latter could be much larger.

Even if this weren’t the case, the principle has still, arguably, been misapplied. Plans for Covid-19 vaccine safety monitoring until now have been based around rigorous scientific evaluation of safety signals, careful communications to ensure vaccine hesitancy is not increased, and ensuring that signals are investigated to examine if any risk requires regulatory action.

Because potential safety signals arise often in vaccine and drug safety, with many being false signals, the precautionary principle doesn’t fit with such plans. It is too sensitive, and in the case of Covid-19 vaccines, doesn’t initiate any safety assessments that aren’t already happening.

As we have seen this week, misapplication of the precautionary principle leads to erratic decision making that fails to do the very thing it intends to: lower risk. The decisions made could potentially have long-term health effects both in the EU and globally. As a result, one might say we need to be more cautious about the application of the precautionary principle.

■ Tap here to read the original article on The Conversation

MORE : How we’ve found coping mechanisms to bring us joy in a year of Covid restrictions