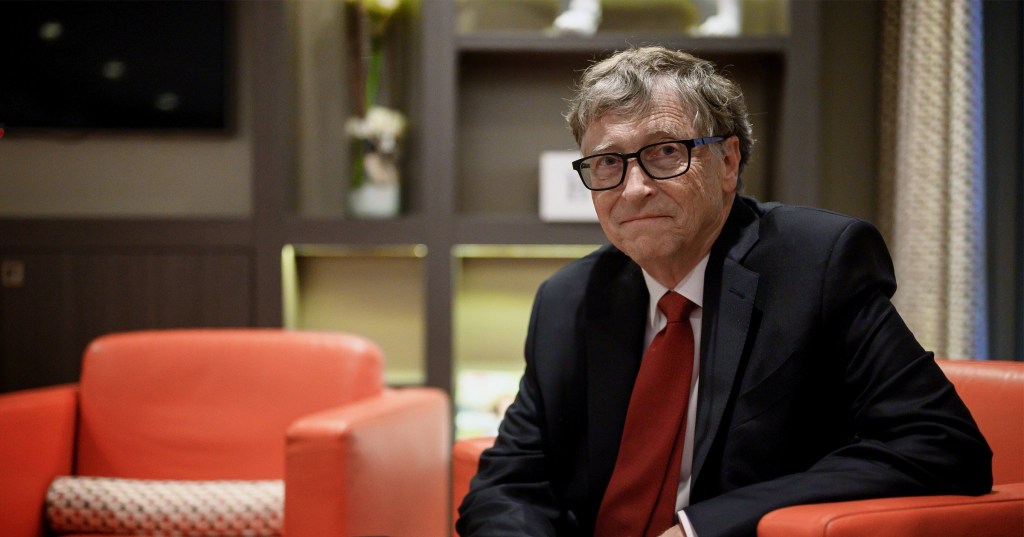 Microsoft billionaire Bill Gates is better placed than most to know how the fight against Covid is going.

He’s donated tens of millions of dollars to the scientific fight against coronavirus through his Gates Foundation.

But, encouragingly, the world’s second richest man thinks things will get better next year.

In a blogpost on his website, Gates thinks that by spring of next year we’ll start to see the positive effects of mass vaccination, saying that by summer ‘life will be much closer to normal than it is now.’

Gates think we have science to thank for the rosier outlook than the terrible year we’ve just had.

Vaccines, and their apparent success, is the main reason Gates is optimistic.

Not only do we have three vaccines that apparently work very well (Pfizer, Moderna and AstraZeneca have all been approved in the UK), but we also have many similar-working vaccines under development and, hopefully, on the way.

The Gates Foundation partially funds the Coalition for Epidemic Preparedness Innovation, CEPI, which has helped fund development for several vaccines – so he’s well placed to see the overall vaccine landscape.

The number of different potentially successful vaccines isn’t the only reason for the Microsoft founder’s optimism.

Gates also points to unusual ‘second source’ agreements, which are deals between vaccine designers and manufacturers, to ensure enough of the 5-10 billion doses required are produced.

Co-operation is key to vaccinations

This spirit of co-operation, Gates thinks, could ensure we get enough people vaccinated much faster.

‘Many pharmaceutical companies are seeing the benefit of working together in new ways like this,’ Gates writes.

‘It’s similar to how, during World War II, the U.S. ramped up its manufacturing capacity at a mind-blowing rate by converting auto factories into tank and truck factories’

However, the hurdle of transporting, distributing and actually getting peope to take the vaccine is one he admits will need to be surmounted.

Gates even acknowledges the harm that conspiracy theories, ‘including some that involve Melinda [Gates] and me’, can do to the vaccine drive.

But he’s unequivocal about why he’s funding vaccines: ‘because we’re passionate about saving lives and making sure all children have a chance to grow into adulthood.’

It’s not just vaccines, either.

The existence of secondary treatments, like Dexamethasone for severely-ill patients and monoclonal antibodies and their widespread manufacture for developing countries, will also help temper the rampant spread according to Gates.

Combine that with better, more accurate testing that doesn’t require a swab to the back of a throat, and the overall picture begins to look a lot more rosy.

In fact, though Gates is still cautious about signalling when exactly the pandemic might end, he’s optimistic enough that he’s already beginning to think about tackling another, arguably larger challenge next year.

‘Global cooperation is one reason why I see promise in the year ahead—and not only the promise of getting the pandemic under control,’ Gates writes.

‘I believe the world also has a chance to take concrete steps on one of the other great challenges of our time: climate change.’