Apple unveils new MacBooks powered by its own chips 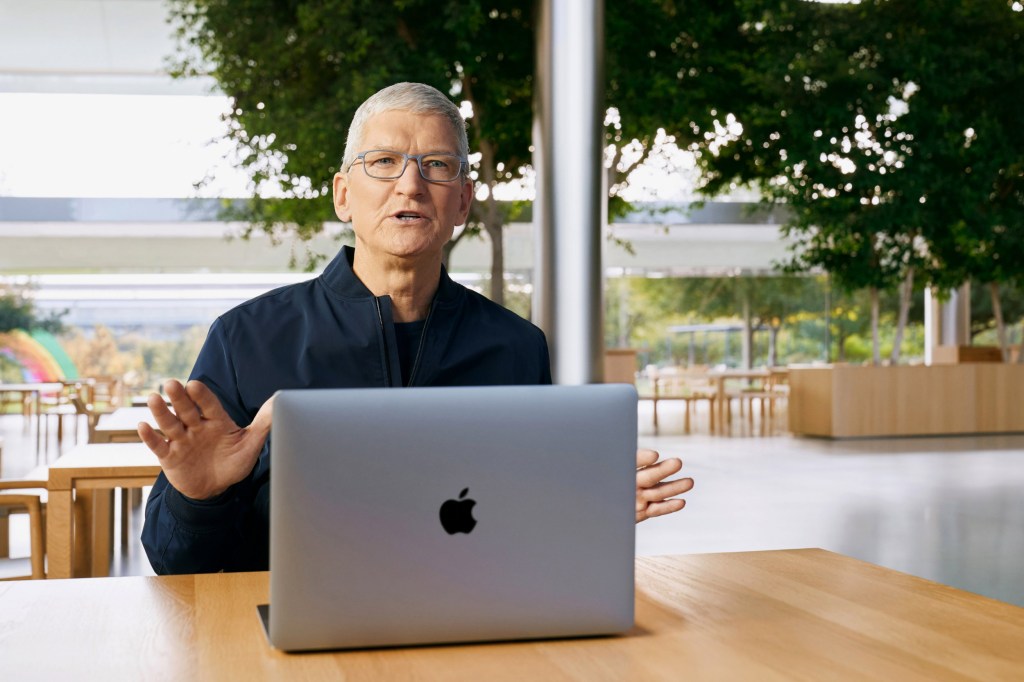 Apple has revealed its first ever MacBook products running on its own processors.

Like the iPhone and the iPad, Apple has now shifted to in-house production for the beating heart of the MacBook rather than outsource to Intel.

The company claims the change will have a ‘profound effect’.

New versions of the MacBook Air, MacBook Pro and Mac mini were announced as the first to include the Apple M1 chip, as the company begins to transition away from Intel processors.

The move, which was first confirmed in the summer, will see Apple gradually introduce its own silicon to all its computers over the next few years, greatly improving performance, Apple claims.

During a virtual event to announce the new line-up, Apple boss Tim Cook said the change was a ‘huge leap forward’ for the Mac and that the M1 was ‘by far the most powerful chip we have ever created’.

All three of the new computers will go on sale next week, with Apple touting major performance upgrades in each of them compared to previous versions and competitors.

Using the M1, Apple says the new MacBook Air is three-and-a-half times faster than previously, but with increased efficiency that means it has the ‘longest battery ever’ for an Air, with up to 18 hours of video playback on offer.

‘The introduction of three new Macs featuring Apple’s breakthrough M1 chip represents a bold change that was years in the making, and marks a truly historic day for the Mac and for Apple,’ Mr Cook said.

‘M1 is by far the most powerful chip we’ve ever created, and combined with Big Sur, delivers mind-blowing performance, extraordinary battery life, and access to more software and apps than ever before.

‘We can’t wait for our customers to experience this new generation of Mac, and we have no doubt it will help them continue to change the world.’

The company also revealed its latest software update for the Mac line, macOS Big Sur, will be released this Thursday.

Wayne Lam, industry expert and senior director for research at analyst firm CCS Insight, said Apple’s shift to their own-designed chips would have ‘big implications’ for the ‘future of computing’.

‘Apple Silicon for Mac allows Apple to extend the capability of its processors beyond iOS and cuts its dependence on Intel,’ he said.

‘This should provide advantages in performance, scale and cost. We believe Apple will gain a lot of flexibility and agility when it comes to future products.’