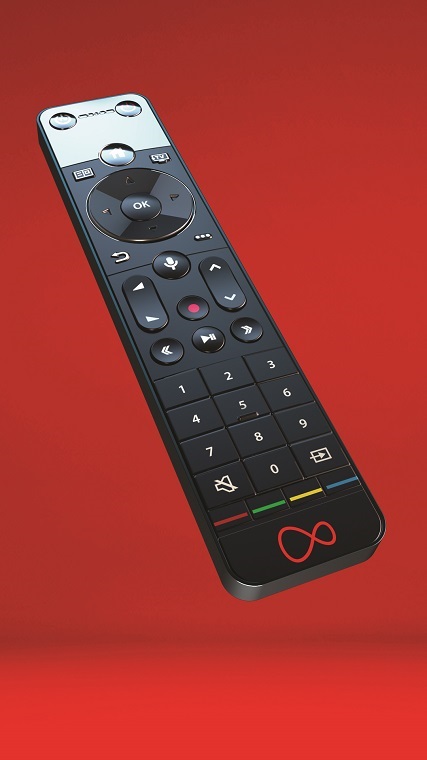 The service, known as Virgin TV 360, will allow people to press a button and make requests using their voice.

Customers will be able to create their own profiles from a revamped interface, so they can control their own pause points, select their favourite channels and receive personalised recommendations.

A startover feature will be available on most channels, allowing users to skip back to the beginning of live programmes, even if they have already started.

Customers can continue to record six programmes while watching a seventh.

‘Virgin TV 360 is our most impressive TV service to date, providing one of the most complete and comprehensive viewing experiences available in the UK,’ he said.

‘Backed up by our ultrafast broadband, our new service allows TV lovers to watch all of their favourite channels, apps and on-demand content in one place or on the move.’

The service uses technology developed by Virgin Media owner Liberty Global, instead of Tivo which has powered its set top boxes over the last 10 years.

While major apps such as Netflix will continue to be available, Virgin TV 360 will not provide access to Disney+ right away, though bosses say they are ‘confident it will be at some point’.

All new customers taking one of Virgin Media’s TV and broadband bundles will receive Virgin TV 360 as standard.

It comes as the telecommunications giant also announced a speed boost to 600Mbps for those already subscribed to Ultimate Oomph.