Amazon investigate after customers receive bags of rice instead of PS5 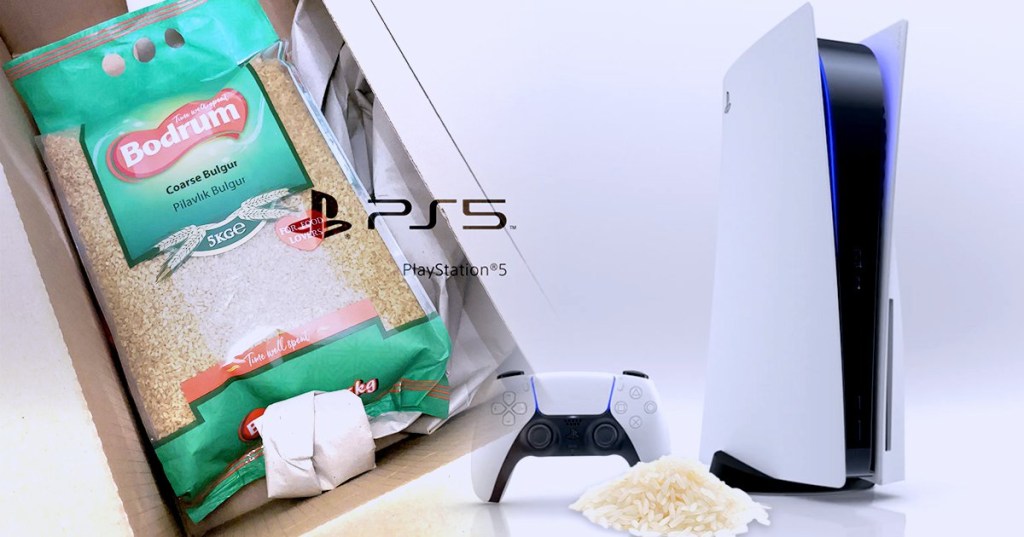 Amazon UK customers awaiting the delivery of the new Playstation 5 have been left reeling when they were greeted by bags of rice instead of the sleek games console.

Thieves appear to have stolen PS5s in transit before they were delivered on Thursday and Friday this week.

Disappointed buyers who had ordered months in advance took to Twitter to share their dismay and utter confusion, after discovering their £450 console was replaced with random items such as foot massagers, cat food, and George Foreman grills.

Other customers reported packages had mistakenly been marked as delivered when they hadn’t received anything.

MTV journalist Bex April May tweeted about her ordeal when Amazon marked her PS5 order as ‘missed’ around Thursday afternoon even though no attempt at delivery had been made.

Later that day, she received a package with what she assumed was her new console. As she tried to document the unveiling of her new purchase, she found an ‘unsolicited air fryer’ instead.

Across the UK and in the US, the highly anticipated Sony game console has been impossible for many to get hold of.

Amazon UK sold out of pre-orders in September. A limited number of additional consoles were added to the website at 1pm on Thursday only to sell out in minutes.

In a statement responding to the wave of complaints, a spokesperson for Amazon said it was investigating what had happened and urged anyone affected to contact its customer-service team.

They added: ‘We’re all about making our customers happy, and that hasn’t happened for a small proportion of these orders.

‘We’re really sorry about that and are investigating exactly what’s happened.

‘We’re reaching out to every customer who’s had a problem and made us aware so we can put it right.

‘Anyone who has had an issue with any order can contact our customer services team for help.’