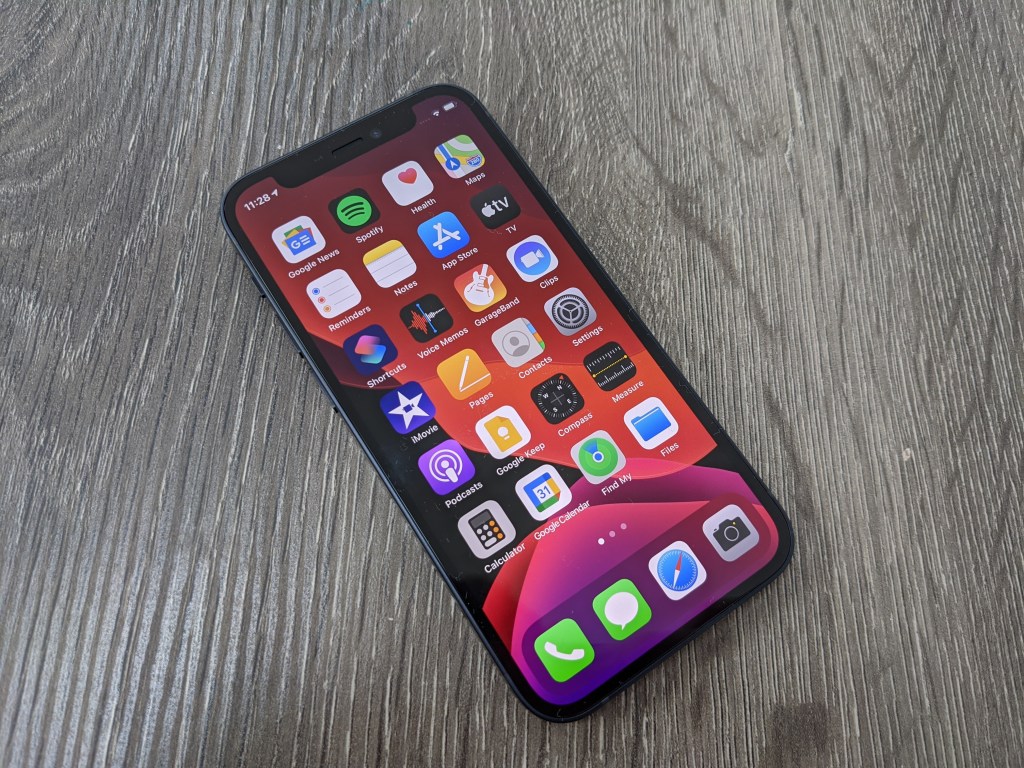 The iPhone 12 mini delivers at long last what many have wanted for years: a truly powerful, truly compact phone.

It manages to have a bigger screen yet smaller body than the recently refreshed iPhone SE.

That was, to date, the smallest iPhone you could get – but it was still using the iPhone 8 design with bezels at the top and bottom along with a home button.

The 12 mini, by comparison, is the same edge-to-edge, notched, FaceID-using design as Apple’s other iPhone 12 models.

It’s got the same squared-off redesign as the other iPhone 12 options and it reminds me quite a bit of the iPhone 5.

Is it the best iPhone for most people? Nope, that would be the standard iPhone 12 which, I think, nails the balance between screen size, performance, camera and value for money. But the iPhone 12 mini is still my favourite.

While the iPhone 12, 12 Pro and 12 Pro Max all have rivals in the Android sphere offering a viable alternative – there’s nothing like that for the iPhone 12 mini. If you’re sick of ever-increasing phone sizes, have small hands (or pockets) and just want something you can actually wrap your palm around – then this is it.

There’s a range of different colours to choose from as well, including Black, White, Blue, Green and Product (RED).

The dimensions of the phone are 131.5 x 64.2 x 7.4mm but the edge-to-edge screen comes in at 5.4-inches diagonally compared to the iPhone SE’s 4.7-inches. This means you get more screen real estate on a smaller phone.

While I found the new squared-off design a bit of a hindrance for grip on the larger iPhone 12 models, on the iPhone 12 mini it’s fantastic. The slightly thicker body mixed with the overall size means you get a portable phone that you can still wrap your hands around.

At 135g, the iPhone 12 mini is light, but not light enough that it doesn’t feel premium. The edges of the phone are a matte aluminium while the back is shiny, reflective glass. Which – fair warning – picks up loads of dust particles and fingerprints. The gloss/matte look on the iPhone 12 and 12 mini is the reverse of the 12 Pro and 12 Pro Max.

There’s a dual-lens camera on the back with a camera bump that’s not as noticeable as on the 12 Pro Max. At the bottom is the Lightning port and speaker. The size of the 12 mini compared to the other phones means it has the smallest grille speakers in the line-up. The sound is fine, but the volume level obviously takes a hit. Pairing it with a HomePod mini would be a good way around this.

I love the design of the iPhone 12 mini which maximises the amount of screen you can get on a device that’ll slip unnoticed into even the smallest pocket.

Even though smartphones used to have screens at less than six inches, it seems hard to remember. The knock-on effect of that is that typing out emails or messages on the smaller display of the iPhone 12 mini takes some getting used to.

The same goes for watching movies and playing games. You don’t get the same level of immersion as you do on a larger device but that’s a real nitpick. After a few days of usage, I had adjusted to life with a smaller screen.

Meanwhile, the actual quality of the screen is great. Apple has given the 12 mini the same Super Retina OLED HDR10 panel as its larger brother. The colour and detail are excellent and a real noticeable jump up from the iPhone SE or iPhone 11.

The same goes for performance as the 12 mini packs in the Apple A14 Bionic processor. Apple calls it the fastest processor on a smartphone and I was really impressed with its ability. Apps and games loaded quickly, there wasn’t any lag and I could multitask without any problems.

This phone is also ready for 5G, which gives it a great deal of future-proofing for the next few years when 5G actually becomes usable for most people.

I’m used to big, glossy phones with plenty of grunt – but there’s something very satisfying about pulling out a compact device out of your pocket and knowing that it doesn’t compromise on power. It’s like the smartphone equivalent of Xherdan Shaqiri.

If there is something to be wary of with the iPhone 12 mini, it’s the battery life.

Part of the reason for smartphones becoming so gigantic these days is so they can support larger batteries which in turn support more features. Pairing the size back on this device means a smaller battery and, given the improvements in the screen, it’ll easily drain in a day.

Chances are that anyone looking for a smaller phone may not be a so-called ‘power user’ and so will get a decent amount of use from it. The other thing to bear in mind is that with wireless charging and Apple’s new MagSafe option, it’s incredibly easy to juice the iPhone 12 mini up during the day.

I found that by the end of the day, the iPhone 12 mini would have between 15 – 20% less battery left than the standard iPhone 12 from typical usage. If you really hammered it – with online gaming, video streaming and lots of FaceTime, you can run it down by bedtime no question.

The only other thing to mention is that while using Apple’s MagSafe charger, the mini tops out at 12W of charging while the other iPhone 12 models will manage 15W. It’s not a deal-breaker but being battery conscious will be more of a requirement if you opt for the iPhone 12 mini.

The iPhone 12 mini has the exact same camera as the larger iPhone 12.

The difference here over last year is Apple has upgraded the main lens to a f/1.6 aperture for better performance in low-light.

The usual photographic bag of tricks is included, such as Night Mode that brightens up dark shots and portrait mode for the artsy bokeh effect. The iPhone 12 mini now lets you use Night Mode for time-lapse video and through the front-facing selfie camera.

One difference between this and prior iPhones is the inclusion of Smart HD3 which uses machine learning to better tweak scenes as you shoot them. So, for example it’ll improve the foreground detail when you’re shooting in complex lighting.

Similarly, Apple is keen to promote the fact the iPhone 12 line-up can record video in Dolby Vision HDR format. This means the film will be more colour-rich and detailed when viewed on a compatible HDR device. It’s capped at 4K 30fps, though. If you want 60fps you’ll need to opt for one of the Pro.

I found the iPhone 12 mini camera to be pretty damn good. Certainly up to the level that most people will be happy with. Don’t let the fact it’s not a ‘pro’ put you off.

It’s hard not to love the iPhone 12 mini. When I first saw Apple reveal it I kind of dismissed it as a bit of a novelty. But holding it in my hand – the reality is anything but. The truth is there’s no real alternative to this phone out there.

Apple is making it easier than ever to access its ecosystem thanks to phones like this alongside the Apple Watch SE and the HomePod mini.

If you want a super-powerful compact phone with a great camera, 5G, plenty of privacy and guaranteed support for years to come, this is the phone you should get.

It might not be the biggest and most fully-featured iPhone 12, but it’s my favourite. Criticisms like the lack of USB-C or a 120Hz screen can be levelled at the more expensive models – but they’re not justified on the iPhone 12 mini.