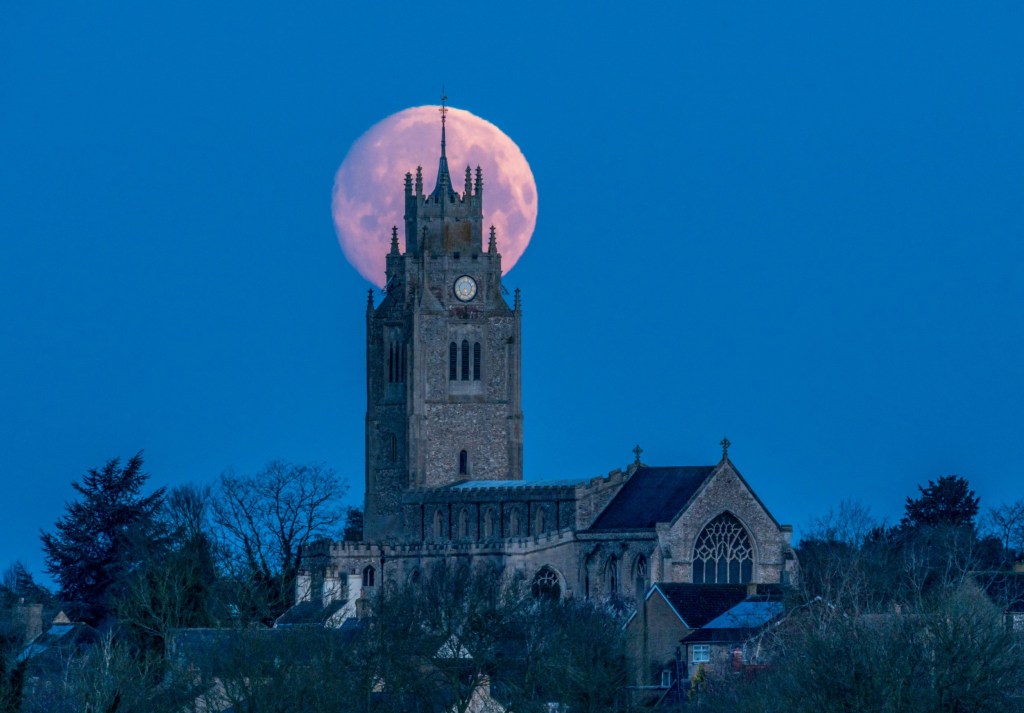 The March full moon, the first of two 2021 supermoons, lit up the night sky last night and photographers around the world were out to capture it.

Turning an eye to the sky, these remarkable images show the full moon shining over locations across the globe.

This moon is known as the ‘Worm Moon’. So-called because of the earthworms that start to wriggle out of the ground as it thaws due to the warmer weather.

It’s one of two official supermoons in 2021. These are ever-so-slightly closer to Earth than a regular full moon and therefore appear (fractionally) bigger in the night sky.

The other full supermoon will take place right after this one, in April 2021.

Although the full moon in March has come to be known as the Worm Moon, there are a number of other names for it. You may hear it referred to as the Crow Moon, Sap Moon, Crust Moon, Lenten Moon and Wind Moon.

Royal Observatory astronomer Emily Drabek-Maunder explains: ‘The March full moon is known as the worm moon, named after earthworms that emerge towards the beginning of spring as the ground thaws.’

‘Traditionally, monthly full moons are named from Native American tradition, but many also have Anglo-Saxon and Germanic origins.’

‘From those different origins, the March full moon has also been called the chaste moon, death moon, crust moon and even the sap moon after sap flowing from sugar maple trees.’

MORE : A full Super Worm Moon will appear in the sky tonight

PrevPreviousTikTok tips: How to get followers and what is the best time to post UK?
NextIf you use an iPhone you need to update it right now, says AppleNext