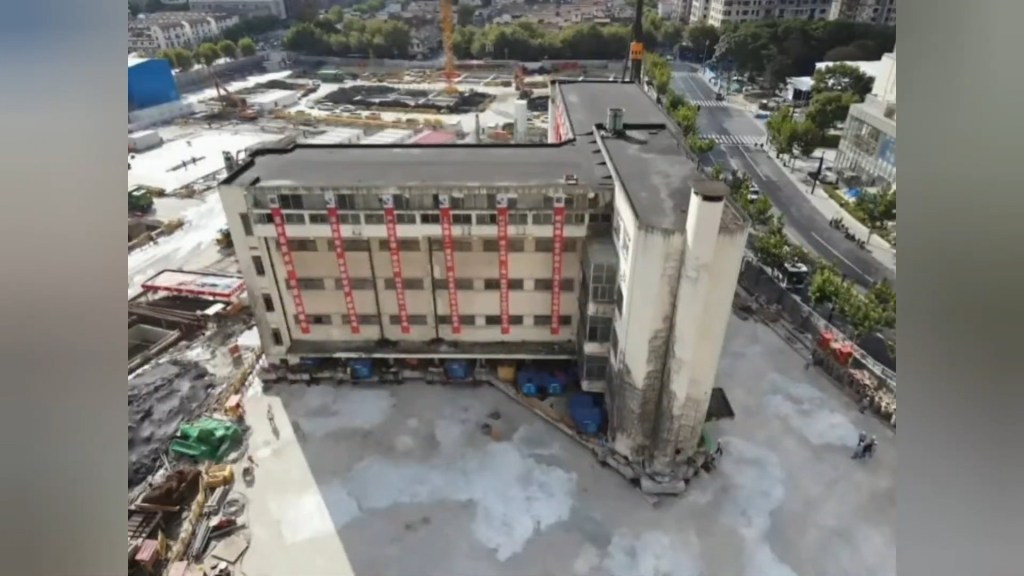 Engineers in China have come up with a remarkable way of moving an 85-year-old building.

Rather than demolish and rebuild the structure, they attached it to 198 robotic legs and ‘walked’ it to its new destination.

The entire 7,600-tonne structure took 18 days to move itself 62 metres to its new location in Shanghai.

The building – Lagena Primary School – needed to be moved to make way for a new commercial centre. Meanwhile, the school will be transformed into a cultural education and heritage centre at its new location.

What makes the engineering feat all the more impressive is that the building isn’t just a typical square block.

The five-storey construction has an awkward shape that the technology had to deal with.

‘It’s like giving the building crutches so it can stand up and then walk,’ said Lan Wuji, who’s company developed the technology in 2018.

Brings a whole new meaning to the phrase ‘doing the school run’.

MORE : Bizarre underwater ‘squidbot’ is a breakthrough in soft robotics