Water on Mars thought to have formed 4.4 billion years ago 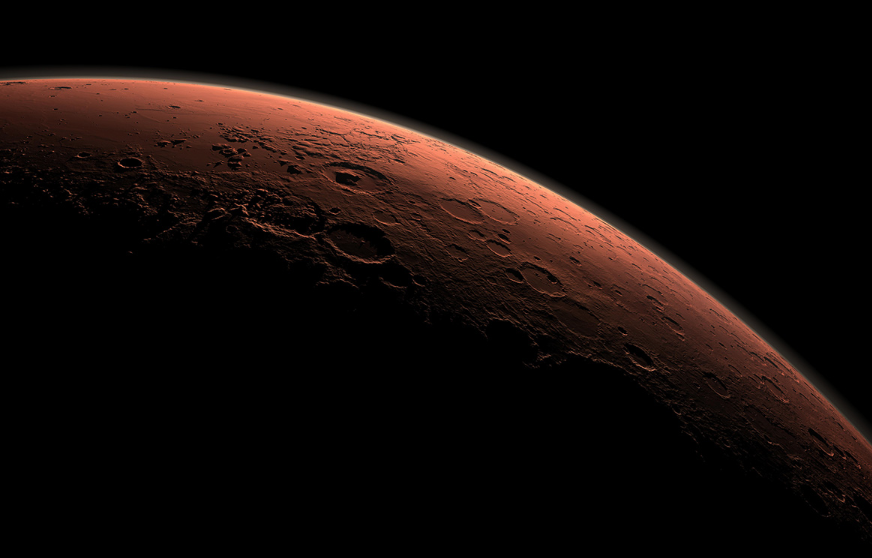 Mars could have had water more than four billion years ago, suggests a new study.

Scientists say that a meteor that landed on Earth from the Red Planet shows water may have formed naturally on Mars.

Several years ago, a pair of dark meteorites – worth more than gold if the rare rocks were sold – were discovered in the Sahara Desert.

Analysis showed these meteorites are new types of Martian meteorites and are mixtures of different rock fragments, researchers said.

The earliest fragments formed on Mars 4.4 billion years ago, making them the oldest known Martian meteorites and rocks like this are rare and can fetch up to $10,000 per gram.

Researchers have often thought water on planets and satellites came from either asteroids and comets that landed post-formation or was one of many substances that occurred naturally during the formation of planets.

The two meteorites were dubbed NWA 7034 and NWA 7533, where NWA stands for North West Africa and the number is the order in which meteorites are officially approved by the Meteoritical Society, an international planetary science organisation.

Recently 50 grams of NWA 7533 was acquired for analysis by the international team in which Professor Takashi Mikouchi at the University of Tokyo participated.

Prof Mikouchi said: ‘I study minerals in Martian meteorites to understand how Mars formed and its crust and mantle evolved.

‘This is the first time I have investigated this particular meteorite, nicknamed Black Beauty for its dark colour.

‘Our samples of NWA 7533 were subjected to four different kinds of spectroscopic analysis, ways of detecting chemical fingerprints. The results led our team to draw some exciting conclusions.’

It’s well known to planetary scientists that there has been water on Mars for at least 3.7 billion years.

But from the mineral composition of the meteorite, Mikouchi and his team deduced it’s likely there was water present much earlier, at around 4.4 billion years ago.

Prof Mikouchi added: ‘Igneous clasts, or fragmented rock, in the meteorite are formed from magma and are commonly caused by impacts and oxidation.

‘This oxidation could have occurred if there was water present on or in the Martian crust 4.4 billion years ago during an impact that melted part of the crust.

‘Our analysis also suggests such an impact would have released a lot of hydrogen, which would have contributed to planetary warming at a time when Mars already had a thick insulating atmosphere of carbon dioxide.’

If there was water on Mars earlier than thought, that suggests water is possibly a natural by-product of some process early on in planet formation.

This finding could help researchers answer the question of where water comes from, which in turn could impact theories on the origins of life and the exploration of life beyond Earth.