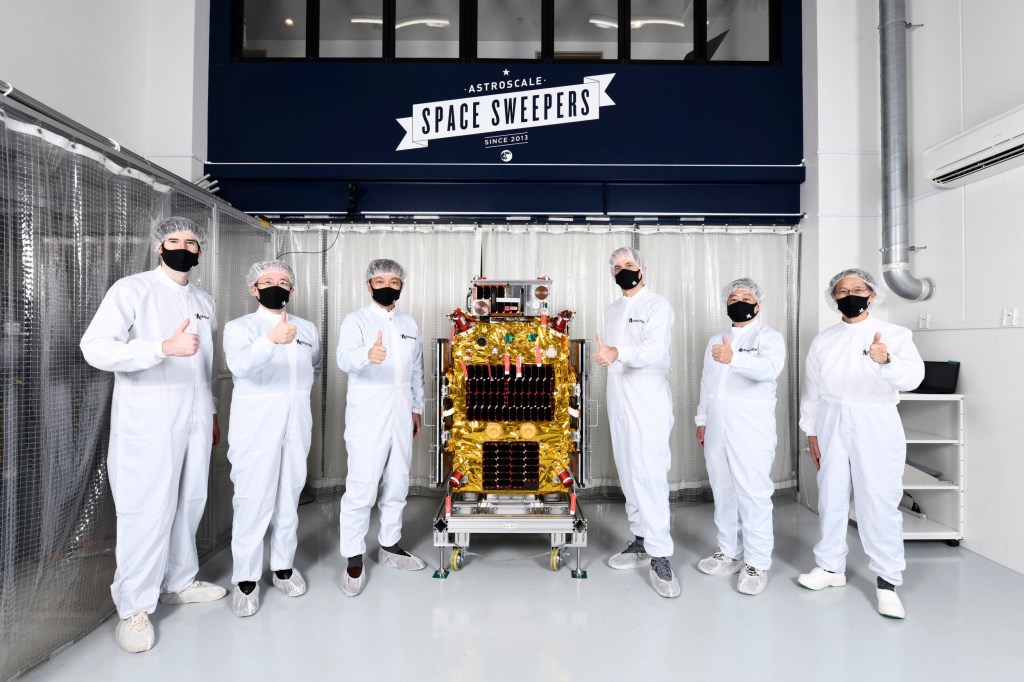 A demo mission to show how space debris could be removed from the Earth’s orbit with launch later this week.

On Saturday, two spacecraft will be shot into space together – a trash-collecting satellite and a pretend debris satellite, the latter collected by the former.

There is currently approximately 9,200 tonnes of space debris, with 34,000 objects greater than 10cm, and 128 million objects from greater than 1mm to 1cm, according to the European Space Agency.

It estimates there have been more than 560 break-ups, explosions, collisions, or anomalous events resulting in fragmentation.

A collision with space debris could have a big impact on satellite services people rely on every day, including mobile phones and online banking.

The servicer satellite has been developed to safely remove debris from orbit, equipped with proximity rendezvous technologies and a magnetic docking mechanism.

The client satellite is a piece of replica debris fitted with a plate that enables the docking.

During the mission, the servicer will repeatedly release and dock with the client in a series of technical demonstrations, indicating the capability to find and dock with defunct satellites and other debris.

Demonstrations include looking for the client, inspecting it and meeting up with it, and both tumbling and non-tumbling docking.

Astroscale will launch its End-of-Life Services by Astroscale demonstration (ELSA-d) satellite from the Baikonur Cosmodrome in Kazakhstan on Saturday at 6.07am.

ELSA-d will launch on a Soyuz rocket operated by GK Launch Services.

John Auburn, managing director of Astroscale UK and group chief commercial officer, said: ‘Our team is very proud to have developed the mission control and ground systems for ELSA-d.

‘We will perform complex manoeuvres to demonstrate the release and capture of this debris, with the first semi-autonomous robotic magnetic capture of a piece of debris, tumbling through space, using advanced software and autonomous control technology.

‘This mission will prepare the way for Astroscale to scale-up our commercial debris removal services for satellite providers and government partners.’

Amanda Solloway, UK science minister, said: ‘The removal of hazardous space debris is not only environmentally important but is also a huge commercial opportunity for the UK, with companies like Astroscale leading the way in demonstrating how we can make space safer for everyone.

‘I am proud the UK Government not only helped make this mission a reality, but is Europe’s largest investor in helping with space clean-up.’

Dr Alice Bunn, international director at the UK Space Agency, added: ‘A collision with debris in space could have a major impact on the many satellite services we rely on every day on Earth, from mobile phones to online banking.

‘The UK is taking a leading role in international efforts to clean up space debris as the largest investor in space safety for the European Space Agency.

‘Astroscale’s exciting ELSA-d mission is the world’s first commercial demonstration debris removal mission and will show how we can make space safer for everyone.’

The ELSA-d mission will be operated from the In-Orbit Servicing Control Centre – National Facility at the Satellite Applications Catapult (SAC) at Harwell Campus in Oxfordshire.

The ELSA-d launch marks the world’s first commercial mission to demonstrate the core technologies and capabilities necessary for space debris docking and removal.

The mission operations will be controlled by Astroscale UK and present a major opportunity to expand in-orbit services in the UK and deliver Astroscale’s vision of a safe and sustainable space for the benefit of future generations.