What is Parler and why is the app used by Donald Trump’s followers so controversial? 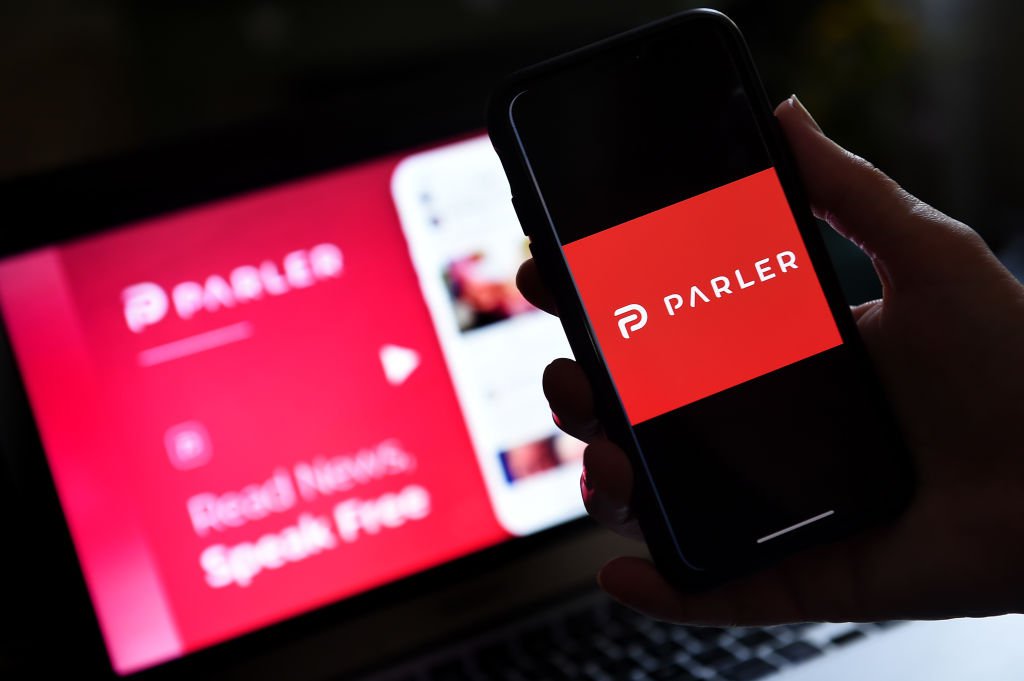 Parler is not a new app.

The self-proclaimed ‘world’s town square’ has been around since 2018. But it has recently shot to the top of the iOS and Google Play app stores in the US where it’s being downloaded by millions of people.

Following the fallout from the US election, many people fled Twitter to Parler amid claims of censorship and political bias.

The app’s founder claimed that five million people were active on the platform the week after the election, an eight-fold increase on normal traffic levels.

As a result, this relatively unknown ‘free speech’ platform has become the talk of the town.

There’s also the option to upload images and craft posts of up to 1,000 characters.

Posts and messages on the platform are known as ‘parleys’, derived from the French and customary lingo for 19th-century types that wanted to chat.

Why is it controversial?

Like a zillion other social media platforms, Parler professes to be ‘free speech’.

It specifically describes itself as a ‘non-biased, free speech social media focused on protecting user’s rights.’

As a result, anyone who perceives that mainstream social media sites like Twitter or Facebook are censoring them for their politics may find a new life on Parler.

In the wake of the US election result, many Trump supporters and conservative voices jumped over to Parler because they feel Twitter is too liberal.

Former Speaker of the House Newt Gingrich wanted his followers to join him on Parler, because he said Twitter tried to ‘silence’ his views and opinions. Similarly, a right wing radio personality in the US, Mark Levin, has repeatedly mentioned he is a Parler user. According to Levin, Facebook is pursuing a ‘suppression campaign’ against his posts.

And, in fact, the Wall Street Journal has reported that Parler has received a chunk of investment from conservative hedge-fund doner Robert Mercer and his daughter Rebekah.

What is Parler’s view?

On its website, Parler maintains it is ‘the solution to problems that have surfaced in recent years due to changes in Big Tech policy influenced by various special-interest groups.’

Last week, Parler founder John Matze wrote an open letter following the surge in users after the US election.

‘Facebook and Twitter’s suppression of election information was a catalyst, causing many people to lose their trust,’ he wrote.

‘But the movement away from these platforms was already well underway. Many of you have been activists alongside us, calling out the lack of transparency and unjust, biased policies of our competitors, as part of the Twexit and Erasebook campaigns we launched earlier this year.

‘Thanks to you, we are starting to make a real difference and so we expect continued growth as our thriving community helps more people discover real, unfiltered social media.’

Does Parler cater only to conservatives?

Although Parler may have become known for its right-wing patrons, there are rules and guidelines about how it can be used.

So, despite being a libertarian paradise of free speech, there are certain things people can’t say or post.

Matze had to step in and make this clear when some users decided that posting images of their fecal matter was a suitable response to a comment they disagreed with.

Screengrabs of his guidelines were posted on Twitter by BuzzFeed reporter Ryan Mac.

Parler does have both a user agreement and ‘community guidelines’ that users of the app are expected to agree to. However, it seems like these are loosely enforced.

In the wake of many pro-Trump users jumping on the platform after the election loss, it also appears many left-wing, pro-Biden users followed them there.

Presumably so they could just take the arguments they have on Twitter over to a slightly different social network.

Only time will tell if Parler emerges as a genuine contender to the likes of Facebook and Twitter. Because it didn’t work out well for Gab.