What is a sea shanty? The TikTok trend explained 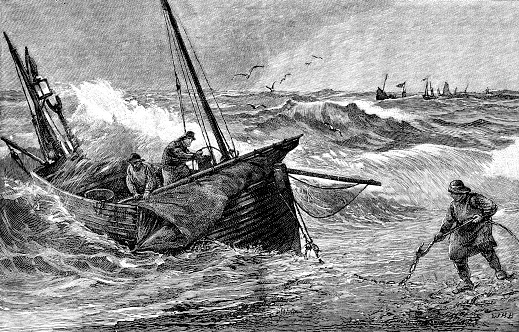 Sea shanty videos are the surprising new TikTok trend, with thousands recording themselves singing along to traditional folk songs online.

The deep-sea ditties are inspiring people to find out more about the history of shanties – and show off their pipes, too.

TikTok is known for its viral musical trends, but this one is pretty unusual even for the app.

And sea shanties are a bit more old-fashioned than your usual WAP remixes and dance challenges.

What is a sea shanty?

Sea shanties are songs traditionally sung by sailors or fishermen, usually to boost morale during long trips on the ocean.

The folk songs are thought to go back as far as the 16th century, and have found a new lease of life on social media.

TikTok is the perfect home for them, because they rely on a call-and-response pattern, perfect for the duetting feature on the app.

Why are people creating sea shanties?

TikTok feeds have been swimming in sea shanties since the end of December, thanks to Scottish singer Nathan Evans.

He posted two sea shanty videos – one called The Scotsman, and another called the Wellerman – which went viral over the New Year.

After that, sea shanties were suddenly everywhere, with singer Luke The Voice adding harmonies to the original posts – which has been liked 575k times.

Now everyone seems to be getting involved, with people creating dance remixes and harp versions of the songs.

What are the most popular sea shanty videos on TikTok?

Nathan Evans’ first sea shanty TikTok now has 4.3 million views, and Luke The Voice’s harmony has beaten that with 5.1 million views on his version.

An account named @sampopemusic is closing in on them, with 570k views on his sea shanty video.