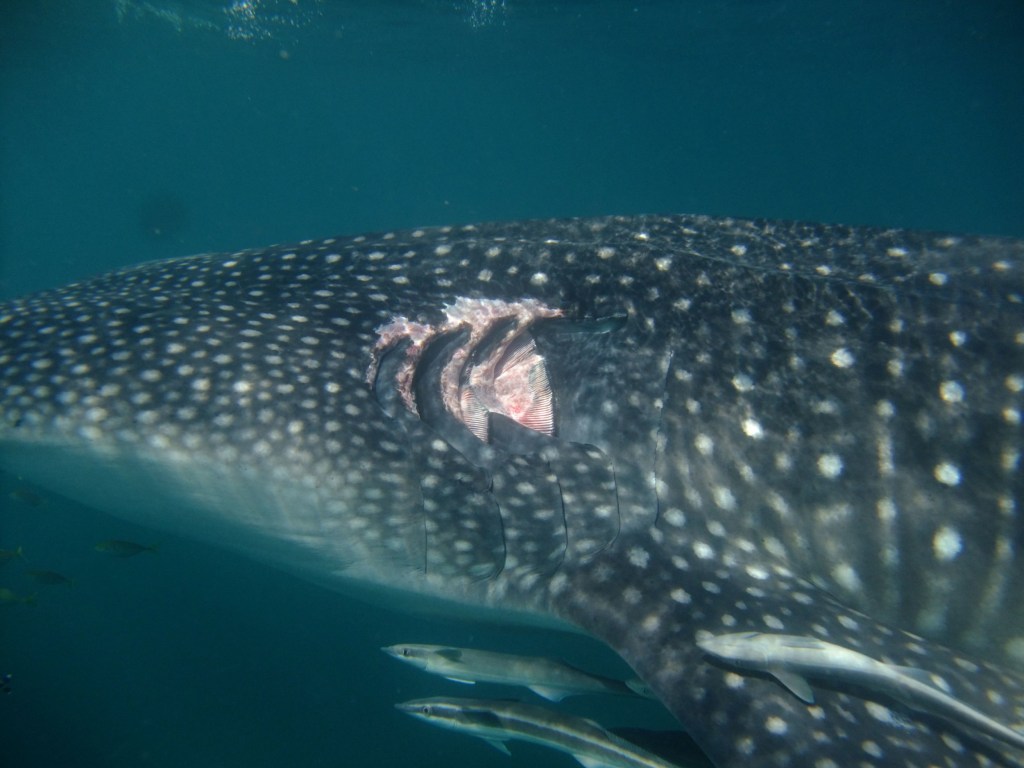 Whale sharks can recover from serious injuries at an ‘extraordinary rate’ and even regrow partially removed dorsal fins, a new study has found.

The research, published in the journal Conservation Physiology, shows that the world’s largest fish can recover from lacerations and abrasions, often caused by collisions with boats, in a matter of weeks.

Lead author Freya Womersley, a PhD student with the University of Southampton based at the Marine Biological Association, UK, said that the endangered whale shark, which can reach lengths of 18 metres, faces increased contact with boats as the wildlife tourism sector increases.

She explained the research used the sea creature’s unique spot markings to monitor through photographs the speed of healing from injury.

She said: ‘By using our new method, we were able to determine that these sharks can heal from very serious injuries in timeframes of weeks and months.

‘This means that we now have a better understanding of injury and healing dynamics, which can be very important for conservation management.’

The study also highlighted whale sharks’ capability to regrow a partially amputated first dorsal fin, which, to the authors’ knowledge, is the first time a shark has ever been scientifically reported exhibiting this phenomenon.

And their spot markings were also observed forming over previously injured spots, which suggests that these are an important feature for this species and persist even after being damaged.

Ms Womersley said that there might be other less recognisable impacts of injuries such as reduced fitness, foraging capacity and altered behaviours.

The researchers also found variation within healing rates, with lacerations, typical of propeller injuries, taking longer to heal than other kinds of wounds, highlighting the need for further research to determine the influence of environmental and other factors on injury healing.

Recent research has shown that 71% of pelagic sharks have declined over the past 50 years and pointed at the need to enforce stricter protections.

Ms Womersley said: ‘Whale sharks have been experiencing population declines globally from a variety of threats as a result of human activity.

‘Therefore, it is imperative that we minimise human impacts on whale sharks and protect the species where it is most vulnerable, especially where human-shark interactions are high.

‘There is still a long way to go in understanding healing in whale sharks, and in shark species in general, but our team hope that baseline studies such as this one can provide crucial evidence for management decision makers that can be used to safeguard the future of whale sharks.’