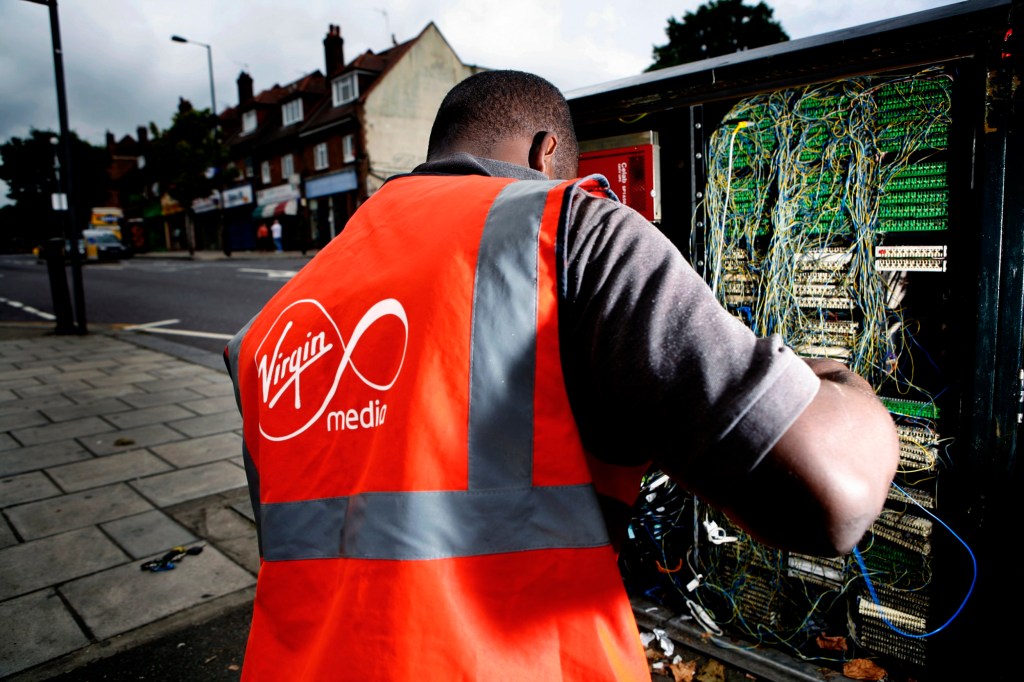 Virgin Media has finally switched on its 5G network in the UK, saying it is now live in 100 towns and cities across the country.

High-speed 5G networks – providing data speeds several times that of 4G – have been going live across the UK since 2019.

Virgin said it would begin offering 5G plans at no extra cost to existing deals and would automatically boost those with a 5G-enabled device to the new network if it had been purchased through Virgin Media since April last year.

The mobile operator confirmed it was using Vodafone’s 5G network to launch the service, as part of an ongoing partnership between the firms.

Virgin Media has more than three million mobile customers in the UK.

Jeff Dodds, the chief operating officer for Virgin Media, said the 5G launch was a ‘milestone moment’ for the company.

‘As the world’s first virtual mobile operator, our offering has long been about breaking boundaries and offering our customers a premium service without the price tag,’ he said.

‘That’s why we’re launching fast, reliable 5G connectivity at no extra cost while keeping the added extras of our existing mobile plans in place.

‘By offering 5G and gigabit broadband all under one roof, Virgin Media customers can experience next-generation connectivity both in and out of the home, putting them in a great place to take advantage of the latest technology.’

What is the difference between 4G and 5G?

5G is said to be 100 times faster than 4G when working at its full potential, which is the kind of speed which, according to CNN, could see you download a two-hour movie in less than ten seconds.

5G also promises increased capacity compared to 4G, which would mean that things like the struggle to get connected in crowed areas could be a thing of the past.

On the subject of latency, or the phone’s ability to communicate with another device, 5G would seek to minimise that too.

As such, 5G could help facilitate the invention and/or development of countless tech innovations such as driverless cars, which would rely on the fastest of speeds.

While 5G has hit the UK, it’s still not able to be widely used by consumers because a limited amount of service providers and phones are able to offer it.

PrevPreviousCovid-19 was widespread in the UK earlier than we thought, experts say
NextTonight’s Full Wolf Moon really is affecting your sleep, study revealsNext