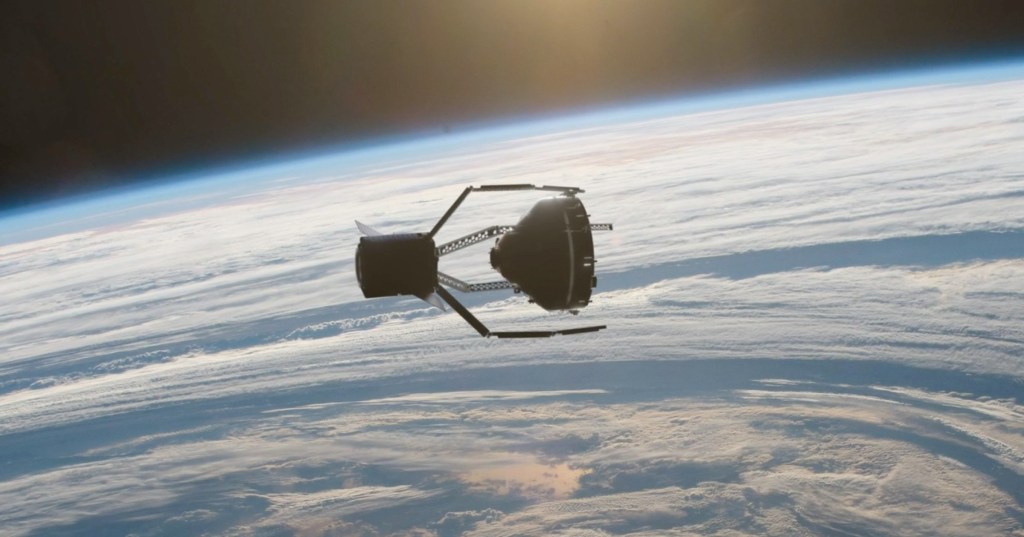 The UK will play a critical role in building ‘The Claw’, the first satellite to remove space junk.

It’s estimated there are around 160 million items of space junk currently orbiting the planet.

These pieces of debris present a danger to future missions and human presence in space.

Planned for 2025, Clearspace-1 – known as The Claw – is the first space mission dedicated to removing an existing object in orbit. It’s a significant first step towards a cleaner space environment.

The Claw will use a pincer motion to collect debris, before giving it a controlled re-entry into Earth’s atmosphere, allowing it to decompose safely and away from life.

Aerospace and defence company Elecnor Deimos in the UK will design Clearspace-1’s Attitude and Orbit Control System (AOCS) which will orientate and position the satellite to help grab the space junk, using power generators, thrusters and antennas.

For fourteen billion years, between the big bang and the autumn of 1957, space was pristine.

But since that autumn humans have placed almost 10,000 satellites into the sky, the vast majority of which are now defunct or destroyed.

This debris comes in all different shapes and sizes, from spent rocket bodies to a camera and a spatula dropped by an astronaut.

Science Minister Amanda Solloway said: ‘From broadband to tracking climate change, satellites have immeasurable benefits on all of our lives.

‘But as many of them break into space debris, it’s vital that we take a global leadership role in preventing them from becoming space hazards.

‘We plan to be at the forefront of efforts to track and remove this junk, and I am delighted that technology supporting this pioneering ambition is going to be made right here in Britain.’

Earlier this year the UK Space Agency announced a number of new investments, funded through its space surveillance and tracking (SST) programme.

They are designed to supercharge the UK’s capabilities to track this junk and monitor the risks of potentially dangerous collisions with satellites or even the crewed International Space Station.

In 2018, 186 miles above the earth, a British satellite, run by removeDEBRIS, successfully deployed a net in orbit to demonstrate how to capture space debris.

The demonstration, using a small object sent out by the satellite, formed part of a mission to test techniques to clear up space junk.

The mission was equipped with vision-based navigation (VBN) technology, which essentially tells a pursuing spacecraft how its target is behaving – how it is moving and even tumbling.

Ismael Lopez, chief executive of Elecnor Deimos Group, said: ‘Clearspace-1 is the confirmation of our role as a key guidance, navigation and control systems provider in Europe.

‘This is a very innovative mission and we are thrilled that the expertise and capacity across our companies match the technology challenges required.’

After the Clearspace mission concept was approved by the European Space Agency (ESA) last year, ClearSpace, a Swiss start-up with expertise in space debris in robotics, began co-ordinating the mission and brought together a consortium of expertise, including Elecnor Deimos.

The AOCS will be integrated in the overall satellite autopilot – the guidance, navigation and control system being developed by the company in Portugal, together with other German and Portuguese entities.

‘This consortium will also perform tests to support ClearSpace in the assembly, testing and operation of the mission.’