The best tech of IFA 2020 from Google, Sony and more 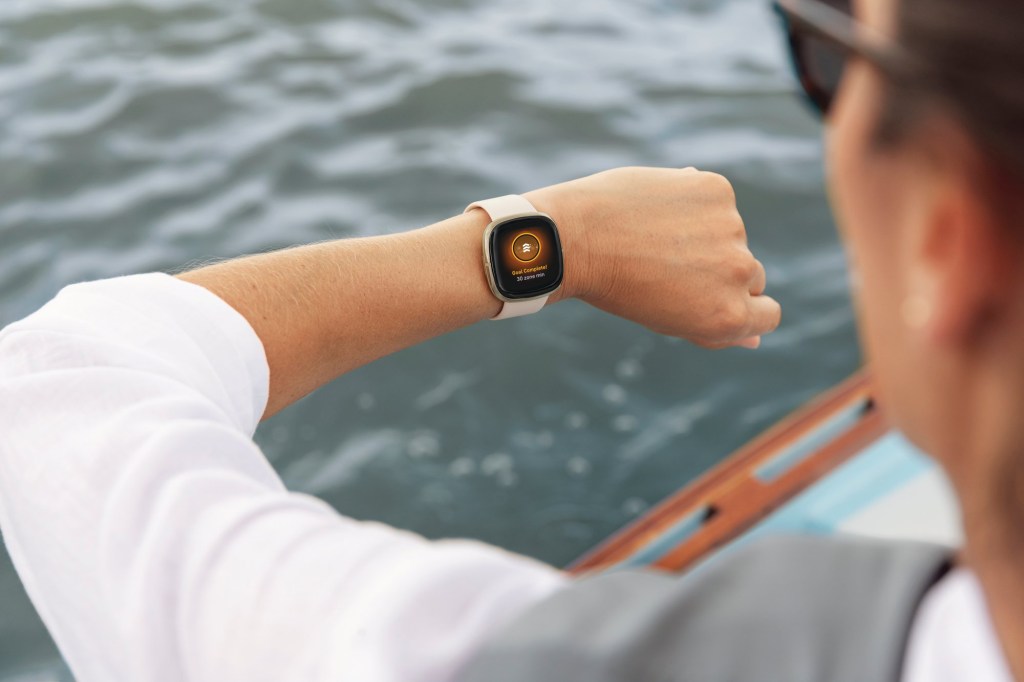 This year, in the absence of a full-scale in person IFA event, things went a little differently by going mostly virtual. But that didn’t stop brands showing off their latest innovations and shiny new gadgets.

Lucy Hedges hand-picks the best bits from the pandemic-hit event.

A is for Asus ROG Delta S

MQA, which stands for Master Quality Authenticated and is the audiophile’s preferred way to stream music, has never been done in headphone form until Acer announced the first pair of ‘phones that are compatible with the lossless audio codec. Weirdly though, they’re aimed at gamers as opposed to discerning music lovers. Price and release date to be announced.

B is for Bowers & Wilkins 600 Series Anniversary Edition

Those British audio boffins over at B&W have been perfecting its 600 Series for 25 years. Now in it’s seventh iteration, there’s floor-standing, bookshelf and centre-channel speakers to choose from, alongside three different subwoofer options. From £449 (available end of September).

C is for Sony’s Cinema Line

With its sights set squarely on people who earn a living from shooting video, Sony’s high-end, pro-focussed FX6 shooter, comes fully loaded with all the hardware features and software you need to make movies with a cinematic edge. Price and availability to be announced.

D is for Dolby Atmos

Anything with Dolby Atmos baked in usually comes in the form of a speaker, soundbar or TV. But JVC’s XP-EXT1 ‘phones (£999, availability tba) bring Atmos audio to your lughholes by essentially putting a home cinema system on your head. Equally impressive is Philips’ Atmos-loaded Fidelio B97 soundbar (price and availability tba) with detachable speakers for true home cinema surround sound.

One of the most respected names in the game is going for affordable with its wireless buds. They may not be as eye catching as the higher end Momentum True Wireless 2, but they pack the same 7mm size driver units, minus the active noise cancelling.

LG’s high-tech face mask rocks two H13 HEPA filters, each with its own fan to circulate air. Impressively, a sensor can detect the pace of your breathing, and adjust the fan speed speed to match those inhales/exhales. Its case even uses UV lights to clean it when it’s not strapped to your face. Your bog standard face mask isn’t looking so good now, is it? Price and availability to be announced.

G is for Google Assistant

Lenovo’s relying on Google’s digital helper for its Smart Clock Essential. This talkative timepiece will happily sit in any room of the house, displaying its easy-to-read display and speaker that can be grouped with others as part of a multi-room setup, while its built-in light will helpful serve you in darkness. Price and availability to be announced.

H is for HP

No, not the sauce. HP teased the tech massive with a new always-connected Qualcomm-flavoured laptop and while the device is surrounded by mystery, we do know that it has a flat siloed pen, rocks a bit of leather, and has a detachable display. Expected later this year.

I is for Intel

Intel unveiled its 11th-gen processor, paving the way for over 150 laptops to launch with new, faster guts. Called Tiger Lake, the Ice Lake successor’s been given the title of ‘world’s best processor for thin-and-light laptops’, making it the ideal sidekick for ultrabooks like Samsung’s 360-degree-hinged Galaxy Book Flex 5G (price and availability tba).

J is for JBL

JBL’s been in the Bluetooth speaker biz for yonks, so knows a thing or two about portable, rugged audio. With three additions to its 2020 lineup – JBL GO3 (£34.99), Clip 4 (£49.99 ) and Extreme 3 (£280) – expect new eye-catching designs, fresh colour-ways, improved drivers and levelled-up specs from this trio of straight-to-the-point speakers. Available October.

K is for Harmon Kardon Citation 200

L is for the LG Wing

Samsung’s latest phone may bend beautifully, but LG’s newest handset comes with a twist. Quite literally. Adding a new category to the smartphone market, this dual-screen handset’s clever trick is that it swivels into a cross formation, to give users more screen time. Clever. Price and availability announced Sep 14.

M is for Honor MagicBook Pro

When a laptop displays an impressive price to performance ratio, it’s hard not to sit up and pay attention. This one combines decent processor and graphics capabilities, with a good-looking aluminium design, 512GB SSD and a huge 16.1-inch HD display. And manages to do it all for under £1,000. £849.99, available now.

Neato’s auto-vac keeps that D-shape design the brand is famous for, allowing it to get into corners for a proper clean. This new model also adds a True HEPA filter to exterminate 99.97 per cent of allergens, while a new LiDAR-based system means more sophisticated mapping as it makes its way around your abode. Price and availability to be announced.

O is for OLED

Among the legion of rectangular boxes on show, Philips’s 48in OLED+935 (from £1,799, available later this month) stands out, thanks to tiny edge projectors that extend on-screen colours for visual fireworks on your wall, and Bowers & Wilkins sound round front.

If watching TV the conventional way isn’t exciting enough for you, Philips’ multi-coloured light strip can match it’s colour output with whatever you’re gawping at on screen, just like its awesome Ambilight tellies. From £159, pre-order.

Q is for Qualcomm

Acer’s touchscreen 2-in-1 Spin 7 is the first laptop announced to arrive with Qualcomm’s new 5G chip at its heart, alongside the promise of seriously fast download speeds, multi-day battery life, easy portability and a brilliantly shape-shifting design. Price and availability to be announced.

To mark its new partnership with Red Bull BC One, which also happens to be home to the world’s biggest breakdance competition, Technics has outed a limited edition version of its legendary deck, complete with plenty of Red Bull-themed design tweaks. Price tba, available end of Sep.

S is for Panasonic Lumix S5

This rather remarkable snapper impressively shrinks down as much technology into as light and compact a body as physically possible. Expect a 24.2-megapixel full-frame sensor, OLED Electronic Viewfinder, articulating screen, autofocus improvements, 4K 10-bit recording at 60fps and more. £1,799, pre-order.

Attempting to make your home smart can often feel like a bit of a mental minefield. This smart thermostat claims to make 95 per cent of boilers smart, supports voice control, and you won’t need help installing it. Throw in optional Wireless Temperature Sensors (£70 each) for more precise readings and control. From £179.99, available now.

U is for Samsung’s Life Unstoppable event

In place of a physical press conference, Samsung used Epic’s Unreal Engine for games to build an impressive virtual, 3D playground for media to take a tour though its latest innovations. Our fave? Its new short-throw 4K projector that plasters your wall with a 130-inch virtual screen and also happens to be the worlds first to be HDR10+-certified. Price and availability to be announced.

V is for Smeg’s VIVOscreen oven

With a colour touchscreen, giant icons and a connected app that lets you cram its memory with all your favourite recipes, Smeg’s clever cooker is takes the fuss out of cooing, while its temperature probe keeps tabs on your dinner for complete cooking control. From £1,099.99, available now.

W is for wearables

Wristwear hogged a substantial amount of the spotlight this year, with Fitbit launching its most advanced health smartwatch to date, the Sense (£299, pre-order), that boasts an EDA stress sensor, ECG monitoring and skin temperature sensing abilities. Samsung outed its fitness tracking, two week battery-toting Galaxy Fit2 (price and availability tba), while Honor pulled back the virtual curtain on the ultra-rugged Watch GS Pro (£249, available now), packed with GPS, heart-rate monitoring and a battery that’ll last up to 25 days.

Y is for Yale smart locks

As of the end of this month August and Yale smart locks will play nicely with the Philips Hue lighting system. So if you like the idea of automating routines that are triggered simply by locking or unlocking your front door, like turning on your lights when you get home, or switching them off when you leave, this latest innovative (and free) update’s worth checking out whether you’ve got all the kit or need to make a quick purchase to get involved.

ZTE doesn’t attract nearly as much attention as it’s higher-end counterparts, but by announcing the worlds first phone with an uniquely placed under-display selfie camera and 5G for under £250, it’s guaranteed to get people talking. UK pricing and availability tba.