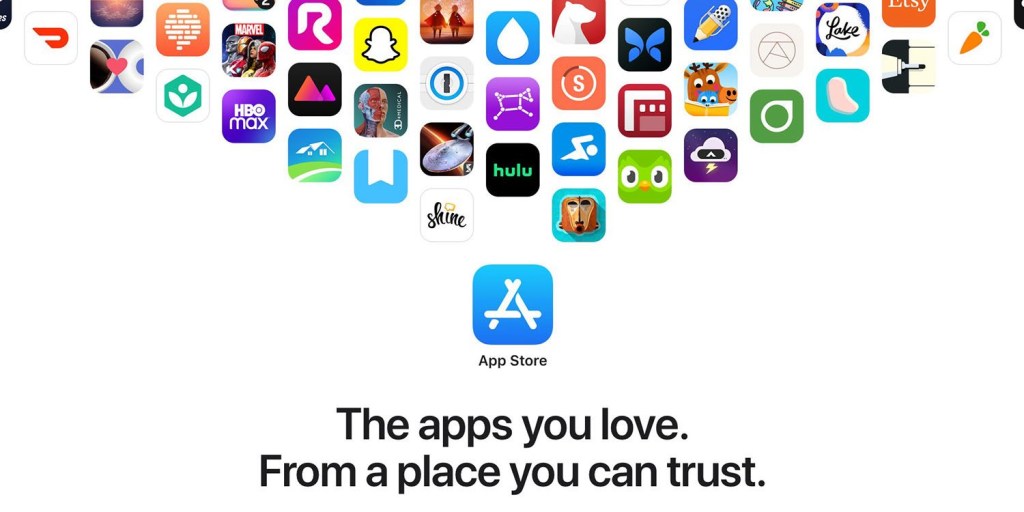 Apple has come under fire from Spotify and Epic Games over plans to reduce the fee paid by smaller developers who make money on the App Store.

Both firms have been critical of the 30% commission Apple takes for selling digital goods and services via the platform.

On Wednesday, the tech giant announced that it will halve the charge to 15% for any developer which earns less than one million dollars per year in sales generated through the store.

But the boss of Epic Games – the maker of Fortnite – called the decision a ‘calculated move” to “divide app creators and preserve their monopoly on stores and payments”.

Spotify, which has long complained the fee is unfair as Apple has its own music streaming app, said the change ‘further demonstrates that their App Store policies are arbitrary and capricious’.

Apple is already being investigated by the EU Commission over such anti-trust allegations, looking into whether both the App Store and Apple Pay stifle competition.

‘This would be something to celebrate were it not a calculated move by Apple to divide app creators and preserve their monopoly on stores and payments, again breaking the promise of treating all developers equally,’ said Tim Sweeney, chief executive of Epic Games.

‘By giving special 15% terms to select robber barons like Amazon, and now also to small indies, Apple is hoping to remove enough critics that they can get away with their blockade on competition and 30% tax on most in-app purchases.

‘But consumers will still pay inflated prices marked up by the Apple tax.

‘iOS and Android need to be fully open to competition in stores and payments, with a genuinely level playing field among platform companies, app creators, and service providers.

‘That, and not gerrymandering the community with a patchwork of special deals, is the only path to a fair app marketplace.’

A spokesperson for Spotify said: ‘Apple’s anti-competitive behaviour threatens all developers on iOS, and this latest move further demonstrates that their App Store policies are arbitrary and capricious.

‘While we find their fees to be excessive and discriminatory, Apple’s tying of its own payment system to the App Store and the communications restrictions it uses to punish developers who choose not to use it, put apps like Spotify at a significant disadvantage to their own competing service.

‘Ensuring that the market remains competitive is a critical task.

‘We hope that regulators will ignore Apple’s ‘window dressing’ and act with urgency to protect consumer choice, ensure fair competition, and create a level playing field for all.’