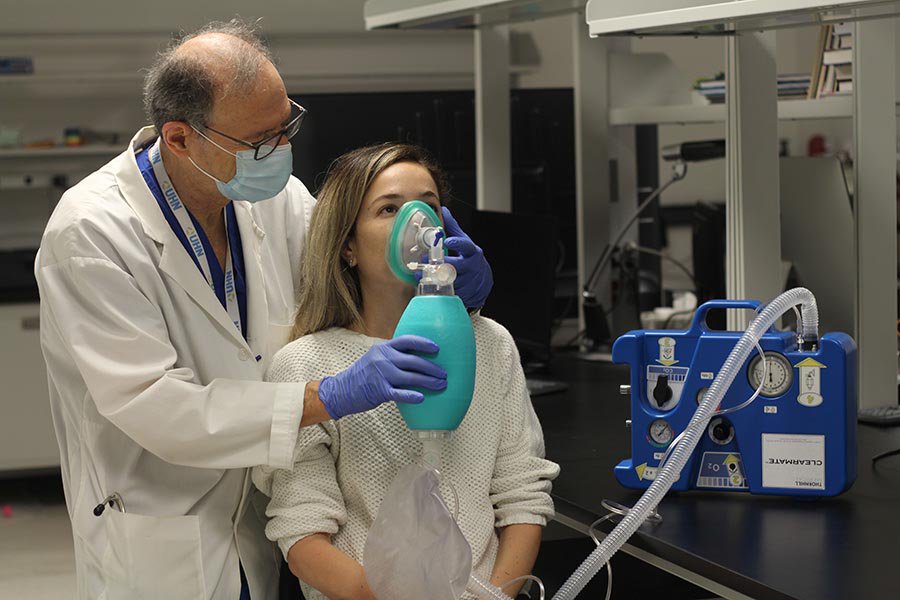 Everyone has tried-and-tested remedies for curing a hangover, but a newly-developed machine promises the ultimate cure.

Scientists built a device which will apparently sober you up three times faster than letting nature take its course.

It works by supplying carbon dioxide through a face mask to you while you hyperventilate into it.

When a person hyperventilates, they are breathing in and out much faster. In the case of intoxication it means the alcohol is being breathed out of the lungs. The harder you breath, the more alcohol gets expelled.

The danger is that by hyperventilating, your body is expelling carbon dioxide from the blood as well as the alcohol. This is what can lead people to pass out or faint.

The machine helps to prevent this by supplying carbon dioxide through the face mask from a briefcase-sized tank.

It was adapted from a machine designed to help people with carbon monoxide poisoning and intended to help those with alcohol poisoning as well. But the engineers behind it realised you could also use it to recover from a night on the tiles.

They tested it out on five men who had each been given half a large glass of vodka. The volunteers responded to it by clearing the alcohol from their system three times faster than if they’d recovered naturally.

Dr Joseph Fisher, of the Toronto General Hospital Research Institute, who led the study, said: ‘It’s a very basic, low-tech device that could be made anywhere. It’s almost inexplicable why we didn’t try this decades ago.’

‘Most people have had that feeling of drinking too much and wishing they had not had the last few drinks and were more sober.

‘Obviously we would not recommend drinking too much, but as a rule of thumb this machine halves the amount of alcohol in someone’s system within 45 minutes, instead of the two to three hours it usually takes on average.’

The study was described in the journal Scientific Reports.