Seal, dinosaur or something else? Mysterious skeleton found on Google Maps 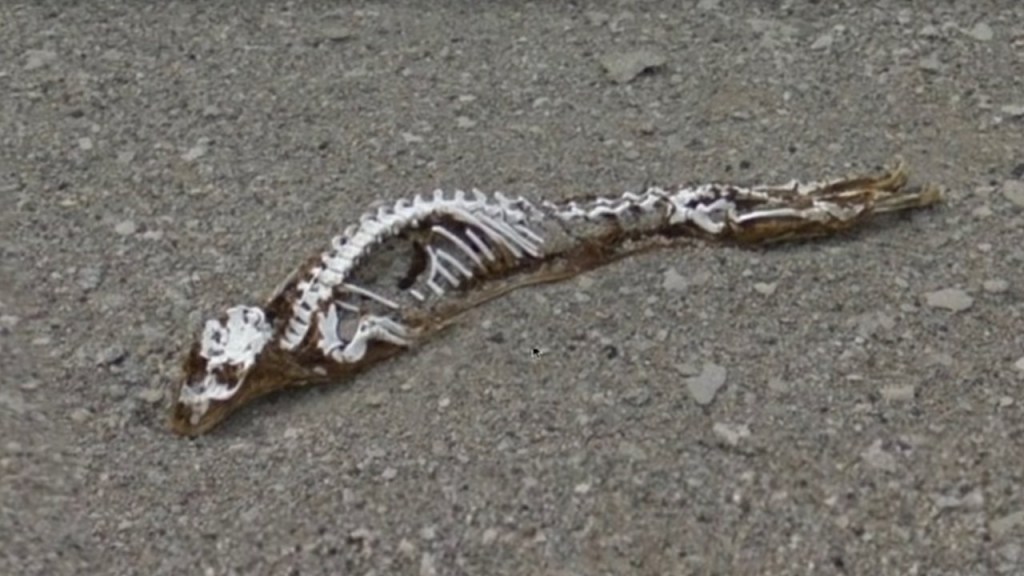 Google Maps is full of intriguing sights – but we’re highly doubtful it’s picked up the skeletal remains of a dead dino.

Nevertheless, that’s what a YouTube conspiracy theorist reckons after coming across a near-perfect skeleton on Google’s globetrotting desktop tool.

The remains are located in a remote part of Antarctica and may have been preserved by ice. Still, the claims from YouTuber MrMBB333 seem a little far-fetched.

‘What you’re about to see here is intact, very large skeletal remains,’ MrMBB333 explains in a clip that has clocked up over 40,000 views since being posted on Tuesday.

‘Just a rough guess, I would guess this is somewhere in the region of 12-20ft. It’s intact. I don’t know if this recently thawed and this has been frozen for thousands of years or if this is something new.’

The YouTuber proceeds to zoom in on the skeleton – which he says was flagged to him by a subscriber – and suggest it’s a dinosaur.

The creature’s front and rear limbs can be seen as well as the curve of its spine and its skull. According to the video, the skeleton was found roughly 50 miles inland from the Antarctic coast.

And despite the allure of it being some kind of mysterious beast from the past, it’s most likely just a dead seal.

‘It looks to me to be skeletal remains of a seal and what looks like hands fingers and feet and toes is what’s hidden in it’s webbing,’ one poster wrote underneath the video.

But one more stood up for Team Dino, writing: ‘It looks like an alligator skeleton, definitely some type of reptile that walks on land.’

What do you think it is?