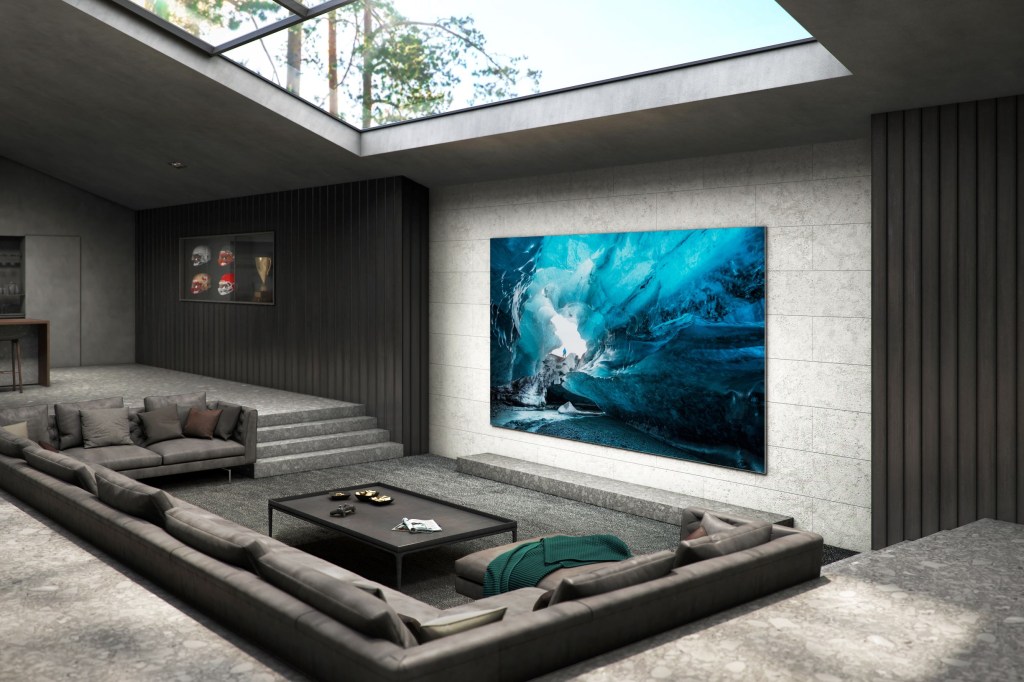 Anyone feeling that their 55-inch LED TV just isn’t cutting it anymore may want to take a look at what Samsung just unveiled.

The South Korean tech giant is putting the finishing touches on a 110-inch monolithic slab of a telly that basically takes up an entire wall.

Why is this necessary? Well, rich people are apparently stuck at home just like the rest of us and it seems the TV set is having a bit of a boom time in 2020 and 2021.

With most people exercising, working and socialising in their homes, they have ‘rediscovered the value of TV,’ according to Mike Kadish, director of TV marketing for Samsung.

Hours logged on streaming services and online gaming have both rocketed up over the last twelve months alongside other TV uses like Joe Wicks’ exercise classes and, recently, the BBC’s decision to help with remote learning.

Samsung’s creation uses a technology called microLED which consists of self-illuminating pixels combined with multi-coloured miniature LEDs. This leads to an accurate picture without the need for backlighting.

Samsung has also fitted the TV with a micro AI processor that can optimise the picture quality in real-time.

There’s no word on a release date yet, but Samsung says it will be available sometime in the first quarter of 2021.

PrevPrevious$3,000 ‘doggie door’ connects to your phone to let your pet in or out the house
NextThroat swab-collecting robot deployed in China for mass Covid testingNext