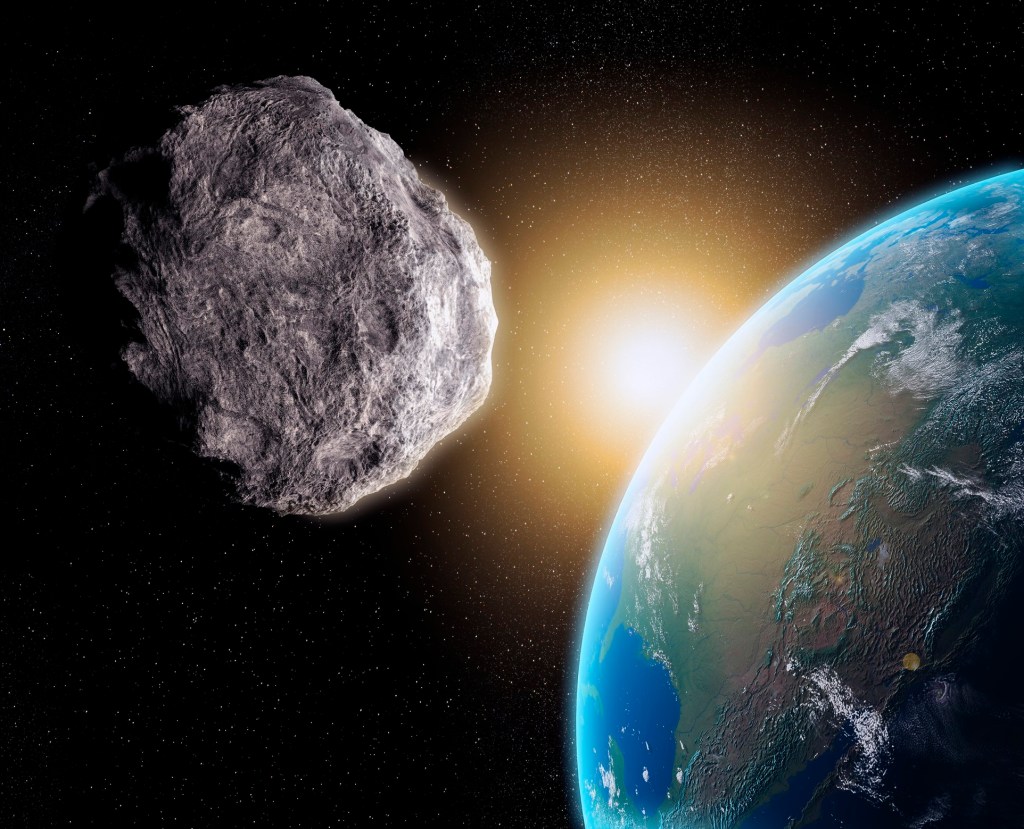 A gigantic asteroid, taller than Britain’s largest peak, will safely pass the Earth on March 21, 2021.

That hasn’t stopped Nasa from dubbing it a ‘potentially hazardous’ asteroid because of its proximity to our planet.

In fact, Nasa dubs any space rock that comes within 93 million miles of us as a ‘Near Earth Object’ (NEO), which is three quarters of the 120 million-mile distance to Mars.

Asteroid 231937 is the largest to ‘come close’ to the Earth this year and, at 1.7km is bigger than Ben Nevis and more than twice the size of the tallest building on Earth – the Burj Khalifa.

It should be possible to see the asteroid through an eight inch aperture telescope just after sunset on March 21 by looking slightly above the southern horizon.

The asteroid was actually detected way back in 2001 by telescopes in New Mexico that are part of the Lincoln Near-Earth Asteroid Research (LINEAR) program.

The MIT project is funded by the US Air Force and Nasa and it has been watching this particular asteroid ever since.

Using those observations astronomers calculated its orbit, found how close it would get to Earth and determined it would be going at 77,000mph.

SpaceReference.org commented: ‘Based on its brightness and the way it reflects light, 2001 FO32 is probably between 0.767 to 1.714 kilometers in diameter, making it larger than ~97% of asteroids but small compared to large asteroids.’

Because this asteroid is classed as an NEO, Nasa has to enforce its National Near-Earth Object Preparedness Strategy and Action Plan for a worst-case scenario.

Why the concern? Because larger NEOs greater than 140 meters would have ‘the potential to inflict severe damage to entire regions or contents,’ explained a 2018 report delivered to the White House on the dangers of an asteroid impact.

‘Such objects would strike Earth with a minimum energy of over 60 megatons of TNT, which is more than the most powerful nuclear device ever tested. Fortunately, these are far less common and are easier to detect and track than smaller NEOs.’

Because of the danger of a future collision, space agencies around the world are developing ways to avert a possible extinction event.

One idea being worked on by researchers and spacecraft engineers from across Europe and the US is a mission to ‘deflect’ a space rock and ‘prove the technique as a viable method of planetary defence’.

This mission is called the Asteroid Impact Deflection Assessment (AIDA) and will attempt to redirect the smaller part of a pre-selected double asteroid called Didymos.

In the first stage of the mission, a spacecraft will smash into the space rock. Then a second ship will assess the crash site and gather data on the effects of the collision.

Nasa is already working on a craft called Double Asteroid Impact Test, whilst Italy will send a small CubeSat satellite to monitor the action.

The European Space Agency (ESA) mission is called Hera and will perform a ‘close-up survey of the post-impact asteroid’ and gather measurements such as the asteroid’s mass as well as the size of the crater left behind after impact.

‘DART can perform its mission without Hera – the effect of its impact on the asteroid’s orbit will be measurable using Earth ground-based observatories alone,’ said Ian Carnelli, who is managing the Hera mission.

‘But flying the two missions together will greatly magnify their overall knowledge return. Hera will in fact gather essential data to turn this one-off experiment into an asteroid deflection technique applicable to other asteroids. Hera will also be the first mission to rendezvous with a binary asteroid system, a mysterious class of object believed to make up around 15% of all known asteroids,’ said the ESA.

‘And our mission will test a variety of important new technologies, including deep space CubeSats, inter-satellite links and autonomous image-based navigation techniques, while also providing us with valuable experience of low-gravity operations.’

According to Nasa, there are currently 1,031,488 known asteroids to date.