Oxford scientists are looking at possibility of a ‘Covid vaccine pill’ 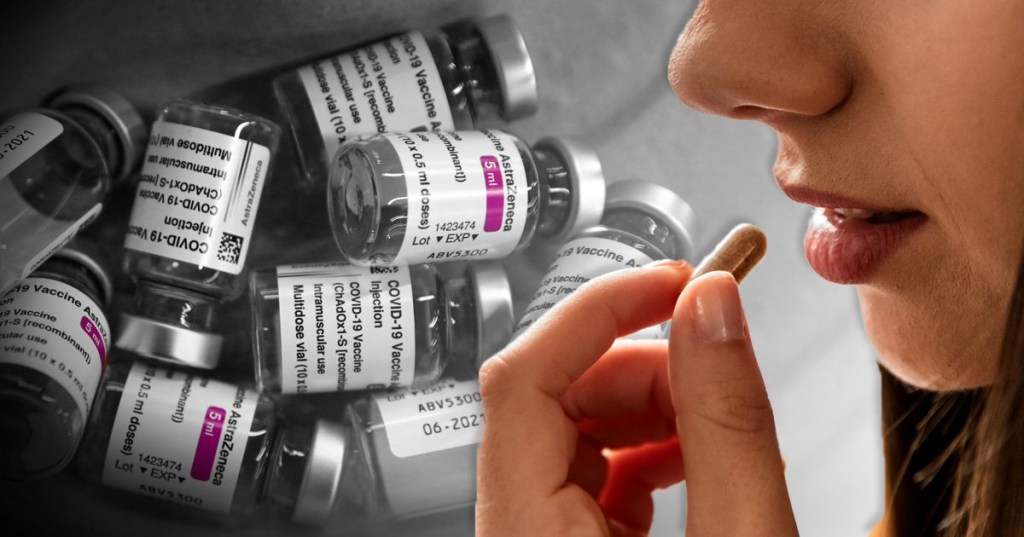 Scientists at the University of Oxford are looking ahead to new ways to combat the coronavirus alongside the vaccine program.

One way is to give the inoculation as either a nasal spray or even an oral pill.

Professor Sarah Gilbert, from the university’s vaccinology department – and one of the leading figures in the development of the AstraZeneca vaccine – has said it’s a possibility.

‘We are also thinking about second generation formulations of the vaccine – as you know all the vaccines have been given at the moment as intramuscular injections, and that is not necessarily the best way to provide protection against a respiratory virus infection, where we want the immune system to be active in the upper respiratory tract and then in the lower respiratory tract, which is where the virus is causing the infection,’ she told MPs on the Commons Science and Technology Committee.

‘We have flu vaccines that are given by nasal spray and this could be a very good approach in the future to use vaccines against coronaviruses.

‘It’s also possible to consider oral vaccination where you take a tablet, that will give you that immunisation, and that would have a lot of benefits for vaccine rollout if you didn’t have to use the needles and syringes.’

She cautioned that these new methods would ‘take time to develop’. But the team at Oxford aren’t the first to consider nasal sprays as a means of fighting Covid-19.

Scientists from the University of Birmingham have been looking into the option of a nasal spray since last April. It’s hoped that the solution may be able to ease social distancing in future if Covid continues to be a public health issue.

Thankfully, Dr. Gilbert also told MPs that the current vaccines are unlikely to see a “cliff edge” fall in effectiveness when faced with new variants.

‘Certainly what we’re seeing at the moment is a reduction in efficacy against variants rather than falling off a cliff edge,’ she said.

‘We have to remember that for the virus to mutate to evade the immune responses being induced by the vaccination, it may have to take a penalty.

‘It may become a virus that doesn’t function quite as well as the original virus did, and that will prevent new variants which may escape the immune response by the vaccine, they may actually not spread so well.’

She said that anything could happen as ‘viruses are infinitely able to mutate’ but ‘currently I think the signs are good that we won’t see a sudden escape from the vaccine with a virus that is very well able to circulate’.

Prof Gilbert said a decision on whether an autumn vaccination campaign would be needed would be made over the summer.

Oxford is running clinical trials from the early summer with batches of a new vaccine aimed at tackling variants.

She said: ‘I think we need to make a decision over the summer, we will start to get data from the clinical trials on the immune responses to the variant vaccine, both against the virus variant and against the original virus, and we will then be able to monitor the situation and decide what should be happening in the autumn.

‘Currently the plans are to be ready for an immunisation campaign in the autumn, so before going into the winter season we would have a new variant vaccine available if it turns out that is what’s going to be required.

‘If we see the emergence of a new strain very close to that date, it is going to be difficult to go through this whole process, because we do need to conduct a clinical study and get regulatory approval, in time to be vaccinated before the winter.’

She said it was therefore important to keep case numbers as low as possible to ‘prevent the risk of further variants arising’.

PrevPreviousApocalyptic pictures of Etna look like Mount Doom as eruption continues
NextStock trading apps: how do they work and which should you use?Next