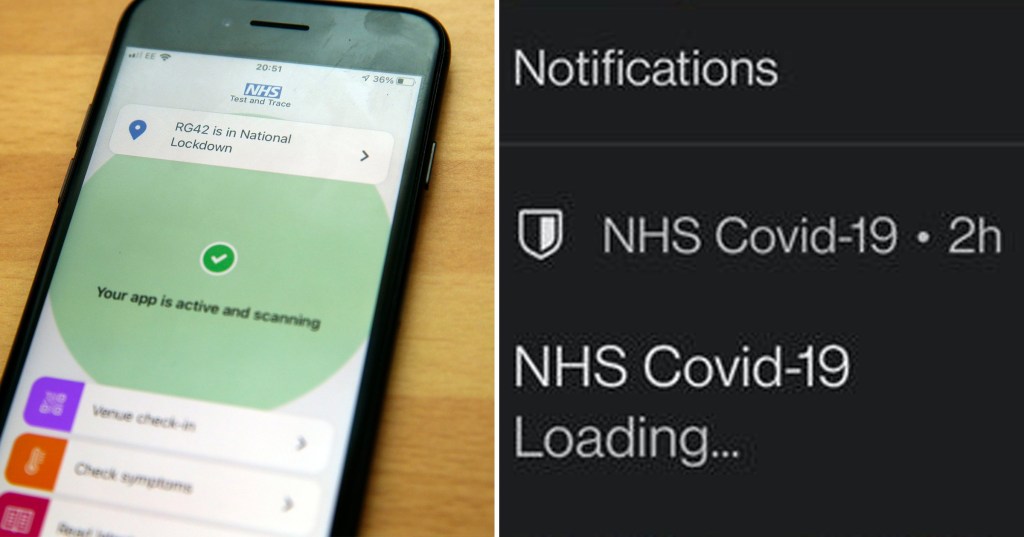 There appears to be a bug within the NHS Covid-19 app causing a permanent notification to appear on some Android phones.

Users have been reporting the issue, which consists of a notification at the top of their screen saying ‘loading’ that can’t be dismissed or ignored.

The issue has been flagged to Google – which makes the Android OS – and the devleopers of the Covid-19 app itself.

‘We are aware of an issue affecting Android users of the #NHSCOVID19app who are receiving a loading screen notification,’ the tweet read.

‘We are working with Google to urgently investigate and resolve the issue as soon as possible.’

One immediate fix is to go to the phone’s settings menu, find the options for notifications and toggle off the app’s ‘background activities’ before flipping it back on again.

This seems to get rid of the notification.

In October, a similar issue happened when users complained of a ‘phantom notification’ that kept appearing. It was swiftly updated to address the problem.

PrevPreviousDentists and doctors could be protected from Covid by making patients wear this helmet
NextMan who forgot password for £175,000,000 bitcoin fortune has just two guesses leftNext