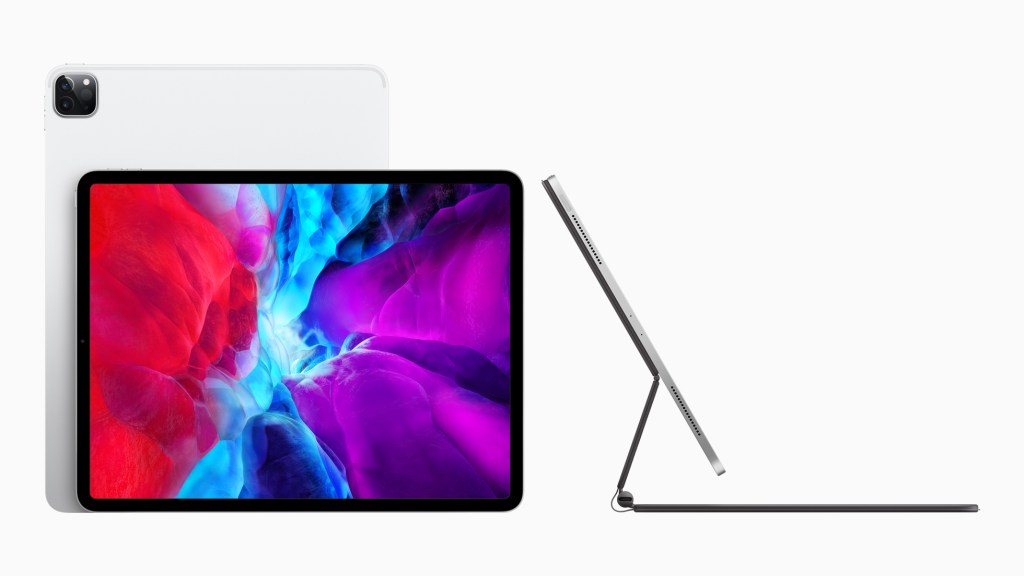 Apple is widely believed to announce an update to its iPad Pro line-up in the coming weeks.

The company’s most expensive tablet is rumoured to be getting an update to Apple’s own M1 computer processor. The in-house chip was recently debuted on a fresh set of MacBook laptops.

In addition, the new iPad Pros would come with Thunderbolt ports as well as improved cameras and screens.

Like the current iPad Pro options, the new models will arrive with a choice of either an 11-inch or 12.9-inch screen.

The report comes from Bloomberg’s Apple correspondent Mark Gurman, who also suggests there will be a new version of the iPad mini with a bigger screen.

This could mean Apple will shift it’s smallest tablet to an edge-to-edge display while keeping the body the same size.

If Apple does hold an event for the iPad in the coming weeks, it would fit with the company’s process last year. The current gen iPad Pro was unveiled on March 18, 2020.

It means Apple doesn’t have to rely on third-party chip makers like Intel for its CPUs any more.

The company claims the change will have a ‘profound effect’.

Using the M1, Apple says the new MacBook Air is three-and-a-half times faster than previously, but with increased efficiency that means it has the ‘longest battery ever’ for an Air, with up to 18 hours of video playback on offer.

‘The introduction of three new Macs featuring Apple’s breakthrough M1 chip represents a bold change that was years in the making, and marks a truly historic day for the Mac and for Apple,’ Apple boss Tim Cook said last year.

‘M1 is by far the most powerful chip we’ve ever created, and combined with Big Sur, delivers mind-blowing performance, extraordinary battery life, and access to more software and apps than ever before.’

MORE : Apple iPad (2020) review: for those wanting value above all else

PrevPreviousDodgy internet connection? Here’s what might be behind it
NextCoronavirus is evolving but so are our antibodiesNext