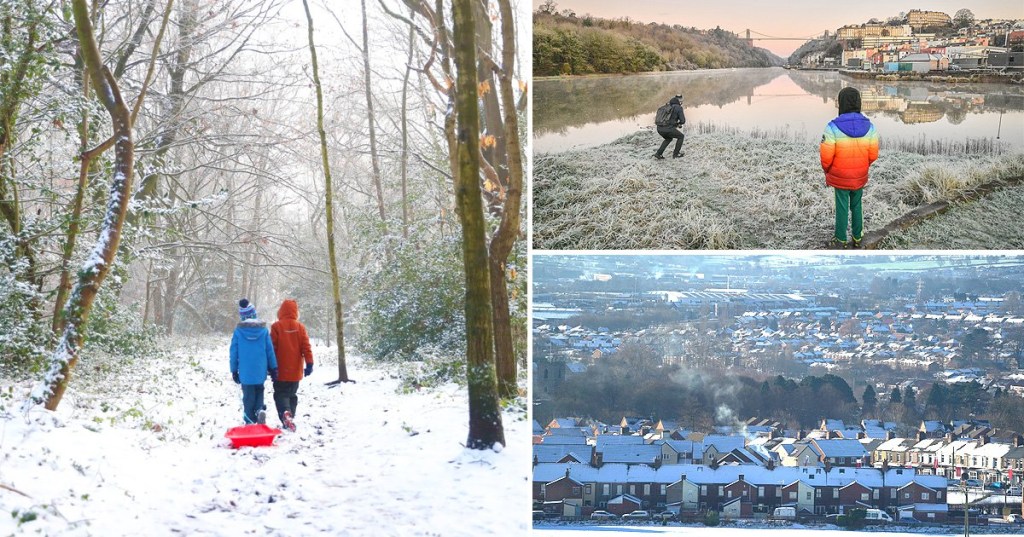 Meteorologists have warned that a dramatic stratospheric event currently unfolding above the North Pole will have severe weather implications.

A cold snap, bringing weeks of plunging temperatures and snow in parts of the UK, has been predicted by researchers from the Universities of Bristol, Bath and Exeter.

It will ironically come from something known as a ‘sudden stratospheric warming’ (SSW) event that occurs when a sudden burst of heat seeps into the air currents above the polar region.

An SSW can see temperatures surge by up to 50 degrees Celsius over the course of 24 – 48 hours. This rapid change creates a vortex in the air currents which collides with cold winds circling the North Pole in winter.

It splits these winds apart and pushes them downwards, leading to extreme temperatures in Europe and parts of Asia.

In 2018, the infamous ‘Beast from the East’ was a direct result of a SSW. Back then, the event pushed frigid air from Siberia down into Europe – leading to a snowstorm-laden area of high pressure enveloping the UK.

‘While an extreme cold weather event is not a certainty, around two thirds of SSWs have a significant impact on surface weather,’ Lead author of the study, Dr. Richard Hall, said yesterday.

‘What’s more, today’s SSW is potentially the most dangerous kind, where the polar vortex splits into two smaller ‘child’ vortices.’

The study, published in the Journal of Geophysical Research and funded by the Natural Environment Research Council (NERC), involved the analysis of 40 observed SSW events which occurred over the last 60 years.

Researchers from the three universities developed a method for tracking the signal of an SSW downward from its onset in the stratosphere to the surface.

Dann Mitchell, Associate Professor of Atmospheric Science at the University of Bristol and co-author of the study, said: ‘The extreme cold weather that these polar vortex breakdowns bring is a stark reminder of how suddenly our weather can flip.

‘Even with climate change warming our planet, these events will still occur, meaning we must be adaptable to an ever more extreme range of temperatures.’

The warnings from the researchers have been echoed by the UK Met Office.

‘As predicted, atmospheric observations are now showing that the Arctic stratosphere is undergoing a sudden warming event associated with a weakening stratospheric polar vortex,’ said Professor Adam Scaife, head of long-range prediction at the Met Office.

The Beast from the East caused the nation’s coldest March in 2018 and around 20in of snow.

PrevPreviousTech tips for teaching your kids at home
NextWhat is long Covid? Why some people aren’t recovering from coronavirusNext